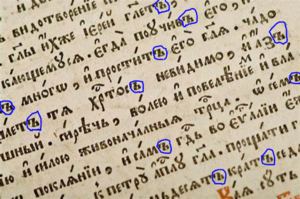 Ъ used to be very common. Before the Russian spelling reform in 1918, it would appear at the end of lots of Russian words but doesn't make any sound. This letter was considered to be unnecessary by many intelligent people. After 1918, it was no longer used at ends of words. Now it only appears only once in every 5000 letters, that frequency is one quarter of the frequency of Z in modern English. (Try to look for the letter Z in an English book. How many can you spot in a few pages?)

Differences to the English letter B[edit]

The English letter B is not always silent; it makes an ugly sound in words like Bitch or Butt. Adults recommend that the letter B in English should be deleted to reduce the number of bad words. But here controversy arises; if there is no B then we wouldn't be able to say the common words "be", "but" and "because".