This user is not a member of en.uncyclopedia.co

This user joined the Uncyclopedia website when it was hosted by (the almighty evil) Wikia. They have not yet joined the new domain. Please do not leave messages for them, as they will most likely not be answered. This page has been maintained for archival purposes, and to prevent confusion. 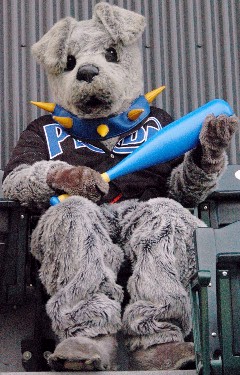 Spike was originally affiliated with the Massachusetts Mad Dogs.
“My goal in life is to cross my vocation and avocation, just like my eyes cross when I see a woman with an awesome pair of chest monkeys”

~ William James on writing for no pay

“Interned for a year on Wikipedia. That's why he's like that.”

“Three things from which we all benefit but which we ought not watch being made, are sausages, laws, and Special:RecentChanges”

I started with New Hampshire during July, 2009. When no one discarded my work with a snippy note against "original research," I signed on and dug in on articles about places I've been:

And I've performed gut-and-paste jobs requested by a tag in the article, on:

Lately I've been loitering at the Votes For Deletion (VFD) water-cooler, where bad articles go to die, looking for articles to save. It's more social than picking requests off a list, and it carries the satisfaction that every good job displaces one of Uncyclopedia's worst. It's like being the local Simon Cowell (though I'm probably also the object of one unsatisfied customer's reference to "Uncyclopedia's Hitler Youth"). I've thus taken custody of the following articles: 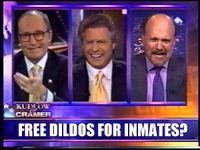 And I provided clerical help, but disclaim responsibility, for several articles that were rescued from VFD when I instigated but didn't exactly volunteer. I would take myself out of the article history, if I could; and am doing the reader a huge favor at great possible personal risk by making links out of the following:

A save off VFH

Amid repairing Uncyclopedia's worst articles, I once exercised the presumption of repairing an article claimed to be Uncyclopedia's best. (The claim was one of many made, by nominating it for main-page featuring, by a user who wouldn't know a quality article if it bit him.) This strategy proved to be the fast track for featuring.

So said The Fat Man in the novel The House of God. That is, a workable (I mean billable) alternative to delivering treatment is to hand off the patient to the right specialist. My involvement on VFD and elsewhere has induced other, more knowledgeable users to go for the Save on the following:

And sometimes, I am the one without a chair when the music ends: 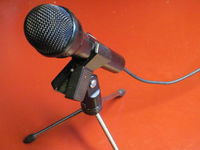 In February 2010, the pickings became slim on VFD of salvageable articles. I parlayed an interest in current events into submissions to UnNews, usually closely based on actual but already-mostly-absurd emissions of the AP wire. I also did some audio UnNews reports, returning to a hobby I had not had since before everything was computerized. My work on UnNews is listed on a separate page, which you should visit if you have feedback or suggestions for new items.

Recommended articles by other people

There are pearls here, such as the marvelous article based on the premise that a baseball team owner could create the Birmingham Niggers without understanding the offensiveness. I am watching it, and other race-based articles listed above, to keep it subtle and keep the rants and name-calling out.

Expressing your anger is a distant second to being funny--except that someone's article on My ex-wife masterfully does both: It conveys anger authentically but is still as funny as the stand-up comedy Sam Kinison did. Can't improve it.

I'm here because I enjoy using MediaWiki, enjoy writing precisely (am a technical editor in Real Life), and like to make people laugh. I mostly avoid the politics of the site, and generally don't vote on individual or article honors, except that I vote on Votes for deletion, by way of paying admission to that salvage yard; and I welcome being given the Goldstein Award month after month.

My sense of humor is one of the drier ones here--the best example is the virtually jokeless There Isn't Any and Objectivity. I prefer to take familiar subjects and tell the truth in a funny way, or contribute facts that are funny by themselves, over goofy flights of fancy unless they have a double meaning or otherwise relate to reality. Most everything I write has the seeds of truth. But the stems and leaves are total crap and it's developed with the low standards of research appropriate to this site. I'll engage in flights of fancy when I can weave it back to the theme or turn it into a conundrum, as in Dianalysis.

My bias is to distrust large organizations, but thus more greatly distrust the use of government force to remake them and us. I hope thus to be able to ridicule both sides, but mostly ridiculed one side in Global warming: Scientists making unmeasurable declarations of cause and effect, and recommending policy, are not practicing science; science is never "settled" and does not work on "consensus."

When not writing humor, I get serious. I think the parts of this web site that purport to direct the user, such as Categories, should not crack wise. I don't use humor when planning the writing of humor, and have been criticized for stating opinions in a tone more fitting to a divine mandate.

I wrote in British English in the 'nineties while a consultant to a computer consortium in Reading, England. I'm now back to American English (except for "judgement" and "saveable"). I write concisely in a style that resembles spoken American, overuse commas to indicate pauses in speech, and am happy to end sentences with prepositions.

This joint is more fun than Wikipedia, because there are fewer Small Minds pursuing consistency and Mandarins who exalt the style manual and reject work that is useful instead of merely formal. Both sites have their goal, but here it's end-result (making people laugh), whereas on Wikipedia it's preoccupied with process. 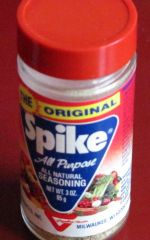 With the pearls mentioned above, however, is a lot of chaff, not involving subtlety, wryness, ridiculing the ridiculous, or pursuing an absurdity, but just clever gibberish, sometimes unclever, the history of the future, explanations in terms of God-versus-Satan, and life as a videogame. After I've changed an article from those memes to a subtle poke at the real world, I defend it against the insertion of Grue templates, quotes from Oscar Wilde, and comparable initiatives to demonstrate the contributor's cleverness, especially Mr. I.P.Anon who never writes a change summary.

Sections on "Fun facts" or "Little-known facts" or "Trivia" are invitations for I.P., who can't write but only Tweet, to contribute his most clever one-liner. This never develops the article's canon and usually repeats a joke already told earlier. 'Cause he can't read either.

However, as every reader who misunderstands you does so for a reason and may identify a problem with your writing, every contributor, no matter how brief or misguided, alerts you to a new direction in which the article could go. I hope to be of good cheer and accept their help if it makes any sense at all. 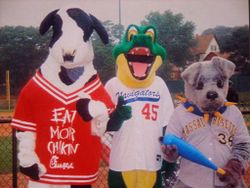 The ballpark is the perfect place to meet like-minded companions.

I got banned for a week in April, 2011. The reasons, from the general to the specific, were that:

The Chief Justice cordially offered that I cut the ban short by participating in an office rule, but this was a non-starter as it would enable several other editors to invoke automatic follow-on bans on a whim. I rode out the week and felt nothing but liberation, the second of four UnNews Editors-in-Chief to quit. I returned in November 2011 to maintain some stuff despite ample commentary that my behavior needs to change. However, in May, 2012, my subsequent creative outlet, a newspaper comment section that was even less moderated against trolling, began to dabble with the pay-to-play concept, and I returned to create new articles again.

A separate obstacle emerged that summer. A wireless Hot Spot of unknown origin above my kitchen sink, which had powered my presence on Uncyclopedia since the latter originally replaced Sparky's Pub as a watering hole, went stone cold. I am now powered by a metered cell-phone Internet service that makes it painfully clear how far out in the woods I live, and still requires me to stand on tiptoe near the kitchen sink to type. I have a daily, but sporadic, presence on Uncyclopedia. Except on game days.