From Uncyclopedia, the content-free encyclopedia
(Redirected from Baha'i)
Jump to navigation Jump to search 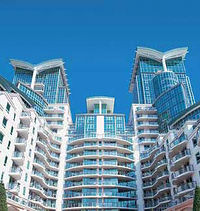 A Báhá’í palace. Or a four-star hotel with sky-view suites. Either way, a step in the continual journey of growing closer to God.

The Bahá'í Faith is one of the world's major religions, except that it has few followers, because Muslim governments keep torturing and killing them. The status of Báhá’í as a major religion is evident from all of those thingies it has over the vowels. Residents of the fiftieth U.S. state who insist on spelling it Hawai'i should love Báhá’í, if only based on all the things it gives them to do with their writing hand. The Báhá’í faith, like Hinduism, attracts Americans who mostly want a religion with a lot of foreign words and phrases. The Báhá’í are not tortured or killed in America, just met with blank stares. And that's okay, because they don't go door-to-door peddling copies of The Watchtower.

Báhá’í is sort of Islam Lite, Islam without all the messy slitting of throats and all the time spent figuring which way Mecca is. Báhá’ís can borrow money, their wives can get jobs, and their children don't have to strap on bombs and walk into a restaurant to take down lots of Jews. They don't have to contemplate anything deeper than the Oneness of Man and stuff like that, not unlike Unitarian Universalism. This Lite religion has all the rich flavor of Islam, but goes down easy, glass after glass. 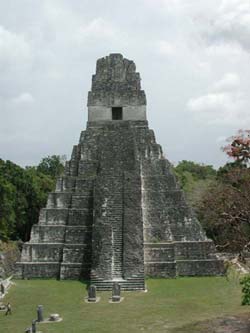 One of the temples occupied by devotees when the religion relocated to Baja.

For those without comedic tastes, the so-called experts at Wikipedia have an article about Bahá'í Faith.

One evening, long after the end of the Dark Ages, Siyyid "Sid" `Alí-Muhammad announced that he was "the Báb". His mates were almost as drunk, but wouldn't play along. "Gawahn, you're not! You're Sid, not Bob!" But Sid insisted that he was the gateway to divine revelation.

The first task of the Báb, right after convincing his followers that there was some point in marking the accent in a word that has only one syllable, was to realize that he was in fricking Iran, where pikers don't just set themselves up in competition with the established divine-revelation racket. After a few brief years of torture, which served to cleanse the Prophet's mind, and always one step ahead of the police from the Culture Ministry, the Báb moved to Baja California, escaping torture and death. The faithful devotees who followed him became Baja Men, or Báhá’í, and prayed to Baja God (Báhá'ú'lláh).

`Abdú'l-Báhá became leader of the religion, center of the covenant, keeper of the apostrophes, etc., etc., and the sole interpreter of his predecessor's writings. "He told me to publish this one day after his death," `Abdú'l would say. Thus the Báhá’í faith was led by a sequence of visionaries, who infallibly foresaw the future and pointed the way to oneness with God, while showing an uncanny inability to know when they were about to be imprisoned for heresy and blasphemy.

Báhá’í embraces an idyllic and pleasant faith in the oneness of humankind. It cheerfully accepts all the prophets of all the other religions as simply an earlier rendition of a gradual human pursuit of perfection. Yes, Abraham, Moses, Jesus, Muhammad, Emo-Hitler, all of them. It goes way out on a limb. Thus, the holy wars between early Muslims and Infidel Crusaders were simply a beta-test of a single world religion that hadn't yet worked out the details of a Universal House of Justice.

Báhá’í regards God as a single, personal entity, who is everywhere and knows everything, and about whom, moreover, it is impossible for you to know anything. God created humans mostly, well, to stare at our navels and think about things. There is an afterlife, but Heaven and Hell are states of nearness to, or distance from, God. No fire, no brimstone, no 83 raisin-eyed virgins, no consequences.

Báhá’í regards certain of its teachings as immutable and universal, and certain others as parochial and temporary. Which are which? TBD. It is constantly changing as a result of the natural evolution of human progress.

Báhá’í who tire of Arabic mumbo-jumbo can effortlessly convert to Unitarian Universalism without changing a single core belief. It works in the other direction as well, as some of us prefer mumbo-jumbo.

The best way to sum up the impact of Báhá’í on your daily life is to imagine you were a Muslim and count all the things you don't have to do any more:

Best of all, there is no jihad and no fatwa. So, when you find yourself strolling in an Israeli open market, wired up as a human hand grenade, there is no requirement that you pull the pin.

Báhá’í esteems marriage and therefore condemns pre-marital sex and homosexuality. This is a daring stand, seeing that placing actual constraints on personal conduct is tying Catholicism in knots and has split the American Episcopal church right down the middle. Presumably a work-around is to practice Báhá’í in a place where gays can marry. 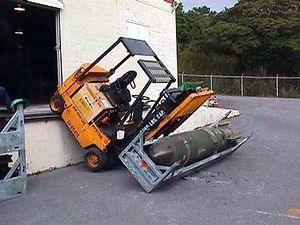 Like Islam, Báhá’í prohibits gambling and the consumption of alcohol, and at the moment there is no work-around for this. It also condemns gossip and backbiting, to completely take the fun out of things.

Báhá’í esteems work as an expression of spirituality. It places on a plane with prayer and worship the adept driving of forklifts. This would be comparable to the spirit of German Protestantism that settled the American plains, as opposed to the religion that has taken its place, televangelism, whose spirituality is expressed in TV dinners and The Nashville Channel.

Báhá’í sources have estimated the worldwide population to be above 5 million. Even if you buy asking an organization for figures on its own strength, this estimate puts it somewhat behind the number of people who believe that the September 11 attacks were an inside job by Jews at the CIA, and well below the number of people who think the manned moon landing was a Photoshopped fake. The Britannica Book of the Year lists Báhá’í as the second largest religion in the world, if you exclude all the really big ones.

Unfortunately, Báhá’í leaders have recently embraced big government more completely than, say, the U.S. Republican Party. In the last century, the leadership of the Báhá’í faith has embraced a single world language, a single world government, abolition of extreme wealth and poverty (yup, a single world welfare state), and permanent and universal peace (enforced by a single world army). Clearly, Robin Hood now wears a prayer shawl. The Báhá’í faith has a permanent seat in the UN on commissions considering environmentalism and a single world standard for the status of women. (Wish them luck, as Báhá’í has 0 votes in the General Assembly, whereas Islam, which advocates wrapping all women in duct tape, has about 90 votes.) When all this comes to pass, let's hope you are a member of the In's and not the Out's.