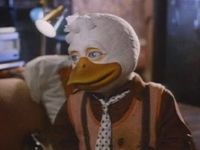 Recent evidence suggests that Isaac Newton actually had four, rather than three, Laws of Motion (and maybe even more). For some reason, Newton's Fourth Law, erased from all existing manuscripts, stated:

“When people are mad, they move faster.”

Since its discovery, a bill to enact the Fourth Law is moving through the United States Congress, and a similar movement is gathering steam in the United Nations. 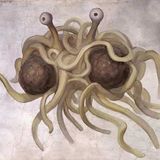 Why is this Fourth Law of Motion not to be found anywhere in Newton's writings? A popular view is that extraterrestrials erased them. Obviously, they wish to prevent human advancement on the planet. This new law could be the key to unlocking the mysteries of the universe. The aliens have been erasing key material and setting advancement back thousands of years.

Another theory is that the government is responsible. This view also rests on the belief that the Fourth Law may explain psychology--at least, a damn sight better than Teaching Assistants speaking to 400 students in a freshman lecture hall. (It definitely explains honeybees, which move much faster when mad.) Adherents reason that the application of this law could be used to solve all social problems. Since the government would then have no job, it must cover up the law at all costs. Ah, but then why would governments be moving to enact this Law?

Another theory states that Newton accidentally wrote the Fourth Law in invisible ink. No one wants to test this theory on his manuscripts for fear of damaging the three time-tested ones.

The discovery of the Fourth Law was not without controversy. Dr. Ped Xing, president of the Union of Concerned Scientists (the remainder not giving a fuck) states: "My employees' observations of chess tournaments do not agree with this raw." (By which, he means "law.") "Many times when they [the tournament participants] are losing, they are mad, yet they still take a long time before making their moves."

Some scientists assert that the Fourth Law indeed does apply to chess players, who--even when angry--execute their deliberation without any movement at all. When they do in fact move, the angular velocity of the chessmen is higher than if they were not as angry. Occasionally, a chess player will take a captured piece and throw it at his opponent. 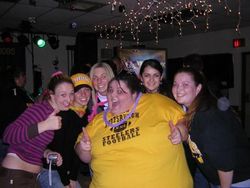 This coed at Michigan Tech has arrived to participate in an experiment that will test the Fourth Law.

One rendition of the Fourth Law has been accorded less importance. This states:

This unpublished work might have been meant originally as the Fourth Law of Motion. In any case, it meets the properties exhibited by the first three.

Another rendition of the Fourth Law that has been accorded no importance at all states:

“Fat chicks, like stationary objects, tend to stay that way.”

In other words, objects (including sex objects) at rest--say, flopped out in front of the television set--tend to remain at rest. Moreover, fat chicks, unlike anger, make men exhibit slow motion.