Quarantine Park is a quarantine facility disguised as an amusement park built by Elon Musk. It was originally meant as a quarantine facility for holding Bronies and preventing them from infecting the world with ponified cancer, but investments were needed, and nobody wanted to take part in such a risky operation. The creators had to approach Elon Musk and sell him the land where Quarantine Park would be constructed. After 3 years of construction and rounding up Bronies, Quarantine Park was opened in 2018 with massive festivities. The exhibits taught people about the dangers of the Brony menace, how to safely destroy My Little Pony, and how to avoid a wild Brony. It attracted droves of visitors and was a remarkable success. Today it is one of the world's most popular theme parks in the world, and a boon for the entertainment industry. Elon Musk has made billions of dollars off of the park. 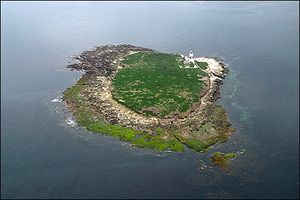 The history of Quarantine Park, from the beginning to today.

Quarantine Park's visitor center, surrounding buildings, and some places where Bronies are kept.

Quarantine Park was created by a small group of investors from New York, whom the majority of had thorough education on Bronies, their attacks on non-Bronies, and assimilation of other people into the Brony fandom. These investors came up with the idea of a quarantine facility to prevent Bronies from converting other people that would also serve as an amusement park with rides and shops to raise income for maintenance and expansion. Placards and signboards would be set up to educate visitors about the true danger of the Brony menace. A location was chosen on Nübler Island in the Carribean Sea. The only issue was a lack of funds. Despite a Kickstarter and GoFundMe campaign and solicitations of investment from Wall Street businessmen, the project never had any success. If Quarantine Park would become a reality, they had to contact someone with the money necessary to fund the creation of the park. So they turned to none other than...... Elon Musk. 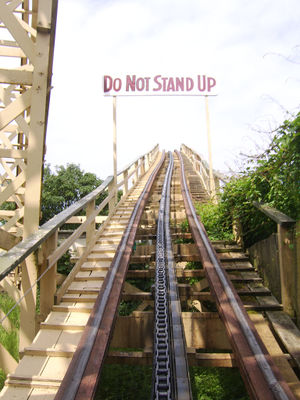 The creators attempted to sell their land on Nübler Island to Elon Musk, but not without work. They had to list detailed reasons why the park would be profitable and blueprints for the park's layout, the inner workings of facilities, and safety measures to prevent a Brony breakout. After lots of talking, conversation, and even arguments between the park owners, Elon Musk agreed to purchase the land. However, the former owners left with one question unanswered: Would Musk follow the plans for the park, or would he ruin it completely?

On Nübler Island, Elon Musk began construction. He kept most of the original designs, but he also wanted to put more extensive security measures in place, with massive walls, electric fences, and hidden cameras at every exhibit. No expense was spared in preventing a Brony escape. Years went by, as walls went higher and higher, businessmen began to invest, and Bronies were rounded up and taken to the park. A team of skilled builders, security experts, and experienced Anti-Bronies were hired to bring the park to fruition. Finally, on September 28, 2018, Quarantine Park opened, with the hope of bringing in enough money to survive.

At the opening, a big celebration was held throughout the park. Visitors watched the true savagery of the Bronies confined in the facilities, and enjoyed rides scattered across the safer parts of the park. Quarantine Park was a surprising success, bringing in millions of dollars at its opening ceremonies. Fortifications were essential in keeping Bronies from breaking in and freeing those in the park to unleash Brony terror across the island. Some remarked that the safety measures were overkill, but park staff warned of the dangers of the Bronies and their desire to conquer the world. Presentations showed the Brony mindset, their urge to kill all non-Bronies, and their stupidity. A heavily informed crowd left the park after each day of business.

Billions of dollars were made each year from Quarantine Park, which became a global sensation exploding in popularity. Bronies noticed a severe drop in the amount of people converted into Bronies, and an increase in the amount of people who had pledged never to watch MLP. With an obscenely large amount of cash, Elon Musk purchased even more land and built an extension of Quarantine Park with more exhibits and rides.

Quarantine Park is currently drawing large crowds of tourists every day, educating more people about the true danger of MLP and Brony propaganda. No recreations of Quarantine Park have ever been made, leaving Quarantine Park as the only park of its kind.

The park is surrounded by gigantic concrete walls reinforced with steel to effectively close the park from the outside world and avoid a Brony army violently rampaging through the park to free their fellow Bronies and allow them to continue their heinous crimes. Guards are stationed at every point of the park for maximum security. Barbed wire is on top of the walls for even more security even though no one could get that high and break in. Barricades surround the wall to extend the amount of time before raiders get to the wall. The steel gate is locked and barred when the park is closed to ensure safety. Security cameras monitor every inch of the wall and gate.

The enclosures where Bronies are kept include all things necessary for survival and random garbage to keep them distracted. These are surrounded by massive reinforced concrete walls with the same strength as the walls surrounding the entire park, but much shorter. Electric fences are placed at the edge of the enclosures to ensure that Bronies won't even get to the walls in case of an attempted break-out. Bronies are addicted to My Little Pony, and deprivation causes them to do anything as long as it means they get MLP. If they are deprived of MLP long enough, they may be rehabilitated and become regular people again, at which point they are released from the park.

The Visitor Center contains about half of the educational material about Bronies and their barbaric customs (the rest is scattered at various locations throughout the park) and informs people on how to safely visit the park without getting their hand bitten off. It also distributes other brochures and safety instructions. Right next to the Visitor Center is the Job Applications building, where the park uses its most persuasive representatives to convince people to take up whatever jobs are left there.

Quarantine Park doesn't have a whole lot of rides (the main attraction is the Brony quarantine, after all), but it does have a few Ferris wheels, some waterslides, and a roller coaster, named Thunder Peak. It's not exceptional by roller coaster standards, but it's decent enough to attract some customers.