For those without comedic tastes, the so-called experts at Wikipedia have an article about Port-au-Prince. 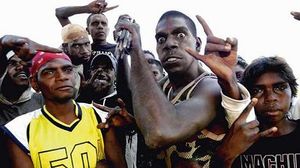 The people of Port-au-Prince are considered among the nicest people in the country. Say it, motherfucker!

Port-au-Prince is the largest and capital city of the People's Democratic Republic of Haiti. It has been consistently ranked as one of the most livable cities in the world. Port-au-Prince enjoys a warm climate, prosperous economy, low crime rate, and a stable political situation. The population in 2009 was approximately 1.1 million.

Port-au-Prince is very well planned and is mostly arranged in a grid-system. It is divided into many districts which are known as communes. 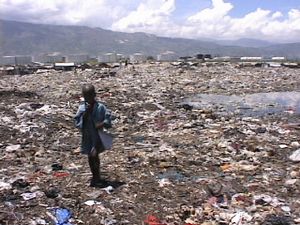 Cite Soleil (English: Sun City) is by far the wealthiest part of the city. While most of Port-au-Prince enjoys affluence and prosperity, this part of the city benefits most from the booming Haitian economy. Most of the estimated 250,000 residents of the district live in extravagant wealth. The community has its own commercial district filled with beauty salons, fitness gyms, restaurants, banks, and nightclubs. It is a popular tourist destination for those visiting Haiti. Crime in this district is almost unheard of. The district is governed by approximately 30 armed factions.

Another rich district of Port-au-Prince, although not as rich as Cite Soleil, this area is a bedroom community to those who work in central Port-au-Prince. It is located in the southwest quadrant of the city.

A middle class district south of the airport. It is home to over 600,000 people. Notable residents include actress Hilary Duff.

Located in eastern part of the city, Pétionville is probably the poorest area of Port-au-Prince. It is still relatively safe compared to cities in North America and Europe but it is one of the most violent areas of Haiti. The Haitian government has surrounded the neighbourhood with razor-wire fence and posts security guards at its exits. This is done to ensure that the riffraff stays in Pétionville and doesn't venture out into the more affluent areas of the city. This is the only district to report significant damage from the January 2010 Haitian earthquake. This is likely the case because building codes are a lot more lax in this district. The reason for this is because its residents are poorer. Because they are poorer and aren't much use to anyone, not much effort is taken into properly constructing homes in this district.

Port-au-Prince was founded in 1749 by the Artist formerly known as Prince. It became the capital of Haiti in 1804. Port-au-Prince enjoyed 200 years of peace and prosperity until 2004 when murderous tyrant Jean-Bertrande Aristide was overthrown in a popular uprising. Until Aristide's seizure of power, Haiti had enjoyed two centuries of democratic and stable political rule. After Aristide's departure, Haiti quickly returned to democracy and continues to be ranked as one of the most free, safe, and stable nations on the planet.

On January 12th, 2010, Port-au-Prince was affected by a moderate earthquake centred a few miles off shore. Because of the excellent architecture of Haitian buildings, very little damage or injury was reported. The only district to report significant damage was the Haitian slum of Pétionville which is home to most of the city's poor. 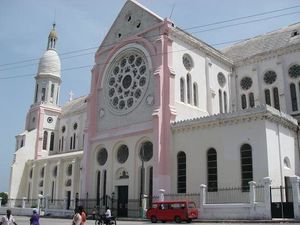 This Christian Cathedrale seen here in 2007 was destroyed by zombies on January 12th, 2010

Most residents of the city practice Voodoo, the national religion. A small minority practice Christianity. Christians were usually tolerated in the community but there is serious tension between them and the Voodoo majority. A group of militant Voodoo followers known as Zombies destroyed the most sacred Christian church in the country, the Cathédrale de Notre-Dame, on January 12th. This act sparked a series of destructive riots which left much of the city in ruins. The rioting is so bad that troops from over 50 countries had to be called in to deal with the situation. This senseless act of violence threatens the city's 200 year old reputation as a city of peace and safety. It has been reported that the Archbishop of Haiti was killed in the attack. Pope Benedict Arnold has also sent members of his personal guard to the city to hunt down those responsible for the attack. President Rene Preval has condemned the attack on the cathedral and has committed himself to finding those responsible. He says he is able to empathize with the victims of the attack because his presidential palace was also destroyed in the ensuing riots that followed.

Port-au-Prince is serviced by the Jean-Claude Duvalier International Airport, the largest airport in the Caribbean. Over 100 million people use the airport annually.