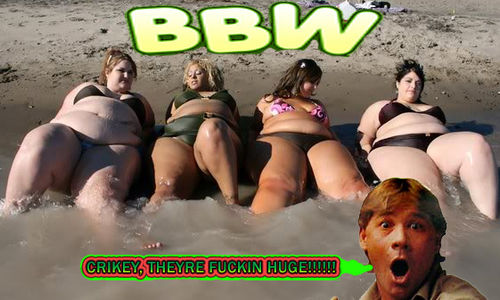 We know you're first initial reaction is to say "OMG, BEACHED WHALES!" but these whales still get laid more then you do!

For those without comedic tastes, the so-called experts at Wikipedia have an article about Big Beautiful Woman.
“You aren't nearly as fat as my friends said you where”

“Damn Girl! look at chu wit all dem curves, and me, wiff no brakes”

These bitches also get laid more than you!

BBW's are often of purple colored skin, and if you look closely, you can see they have tentacles instead of legs

BBW’s and SEX ! Should you find yourself with one of these beautiful behemoths, always approach her from behind Doggy style or on top Missionary position. Never ever under any circumstances allow one of these juicy jiggling jumbo’s on top of you in the Cowgirl position. This can be Fatal to you…If she has heart failure, you may find yourself trapped ! Pinned under her for days, where you will possibly starve to death before help arrives. 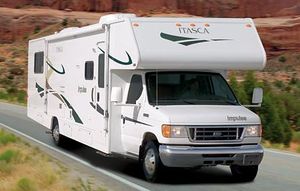 An obscure fetish involving the insatiable lust for any image of a Winnebago, the popular brand of recreational vehicle. This is the only widely known car fetish, and coincidentally Winnebago is the only brand of car known to carry Syphilis and other STDs.

Progressing to around 2005 a group called the gray haired nomads started touring around Australia in winnebagos, most of them at ages greater than 60. Apparently the old names for them are still an app description.

Some people are just plain kooky.