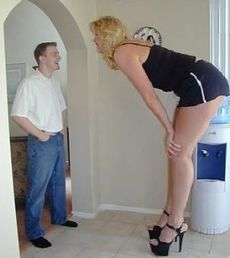 The Amazons (Greek: Ἀμαζόνες, Amazónes, singular Ἀμαζών, Amazōn), also known as Oiorpata in Iranian and Scythian, were a race of giantess, excessively hot, warrior women that inhabited some neighborhood in the greater Ancient Greece metropolitan area. Amazons are believed to be currently extinct on Earth but there is some evidence of Amazon women on the moon.

Amazonian culture has been reconstructed from varied accounts found in the work of Herodotus, Wonder Woman comics, Grace Jones videos and Samus Aran from Metroid. In the Iliad, the Amazons were referred to as Antianeira ("ball busting lezbos"). 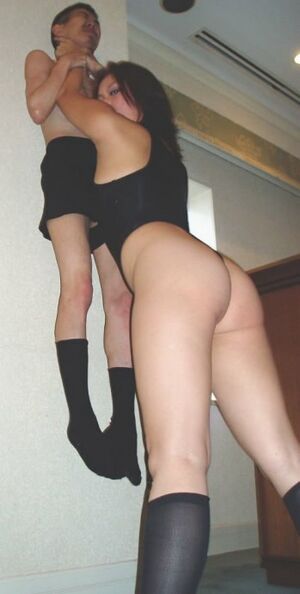 In over a thousand years, a majority of woman will be taller and stronger then most men.

In 2000 BC the great bazaar at Pontus (current day Turkey) planned to have a 3 day sale for 15% off selected sandals and togas. The sale was widely advertised in the daily papyrus and during epic poetry readings at local amphitheaters. Due to a widespread inability to decipher roman numerals that persists till this day false reports of a 3000 day sale with savings of up to 75% were spread by storytellers, adventurers and merchants.

This kind of shit happened all the time in Ancient Greece. You know that story about the Persians at Thermopylae? There were not as many as legends say, and they were only there to get directions and some coffee for their trip.

Anyway, that sale was the start of nearly a decade of bargain hunting that displayed a level of brutality and violence that would be unmatched until the invention of The Annual One-Day-Only Winter Holidays Earlybird 5:00 AM 99% Off Sale. Few men were able to withstand these high pressure shopping conditions. A new generation as born into a life of warfare and discount fashion. Legends arose about a fabled pair of designer black, suede, sling back Italian sandals in size 5 for under $70. With the collapse of complimentary child care young boys were abandoned to die in desolate Burger King ball pits.

In the midst of the chaos a brilliant tactician named Hippolyta (she who lights hippos) realized that it was futile to seek the designer black, suede, sling back Italian sandals in size 5 because Italy wouldn't be invented for another 2500 years. It was all Etruscans down there and their footwear was tacky. She assembled hundreds of like minded women to order by mail, combine shipping for greater savings and stop the senseless bloodshed. Hippolyta found a place that offered a great selection of raiding and pillaging accessories that delivered free if you ordered over $200 in merchandise (excluding siege engines, which had to be shipped separately).

The Amazons arose from this to form a nation based on martial strength and hassle free shopping. Amazon.com was named in honor of their revolutionary mail order practices.

Inspired by the pyramid based culture of the Ancient Egyptian Empire, The Amazons got in contact with some good wholesalers and legions of amazon sales representatives went into the surrounding lands to throw lavish and outlandishly themed "raiding parties" where busy ancient housewives could network, relax and purchase premium quality weaponry in a casual atmosphere.

After filling out the the sales forms and a few cocktails the raiding party would usually pillage the fuck out of the surrounding countryside.

Attracted by the Amazon glamor and a product line that almost sold itself countless women left their homelands to become junior Amazon raiding accessories distributors, abandon their husbands and throw their male offspring into the increasingly skull filled ball pits (or, by this point the ball filled skull pits) near the food court.

The greatest warrior saleswoman of all, Maricaius, succeeded Hippolyta as the second Amazon queen after making the highest volume in sales. She also won a pink chariot for recruiting the most distributors. 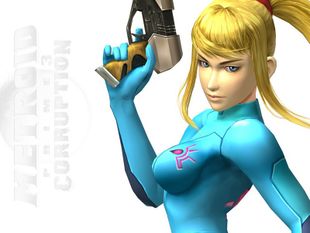 For many, excessive female height overshadows their privets.

The question of how hot Amazons were and whether they made out with each other had been one of the most hotly debated topics in archaeological fan fiction.

Prominent archaeologists believe that crackpot historians have theorized the descendants of the Amazons lived in Scythia, now part of modern day Russia, if any part of Russia can be considered modern. Some theorize that Amazons were solidly built, comfortable with their bodies and wouldn't cater to crash diets and fad fitness programs, instead working on a long term goal of health and raw killing power, much like the stereotypical Russian woman, but with a big brush type helmet instead of a babushka.

Additionally Amazons are credited with the invention of the battle axe, which is slang for an ugly wife.

Others believe that they were strong, but really sporty and hot. The supporters of the "Hot Amazon Theory" point out such examples of sporty, hot Russian babes like Anna Kournikova (pictured at left right) or that chick from Goldeneye who flew a helicopter and crushed a guy to death with her thighs.

Recent research in the field of sports science indicate that if you replaced Anna Kournikova's tennis racket with a sword or something she could kick some serious ass. An experiment to prove this hypothesis is scheduled to as soon as they find the rest of the severed scientist heads from last year's inconclusive experiment that involved switching Anna's tennis racket with a sword.

How did Amazons Maintain Their Number[edit]

Amazons would attack a village and mate with the men. If a female child was conceived they would keep that child and raise it to become a new warrior in their ranks. If a Male child was the product of the union that child was left on the doorstep of a nearby village to care for or killed if the father could only produce sons.

In 600 BC the Amazons followed the suggestion of The Hittites and agreed to go out more. 300 Amazons went on an unprecedented blind tri-centenuple date with 300 Spartans that the Hittites described as "really awesome guys" who are "interested in warfare and infanticide" so they'd "have tons of stuff to talk about".

There were no survivors.

Despite popular urban legends Amazons did not live in the Amazon Rainforest. The rainforest was named by Christopher Columbus who noticed it was Amazon shaped. This historical evidence suggests that Amazons may have been rainforest shaped.

(Somehow this article as been altered in a rather comical way!)