Forum:Better things you could be doing with your life RIGHT NOW

From Uncyclopedia, the content-free encyclopedia
Jump to navigation Jump to search
Forums: Index > Village Dump > Better things you could be doing with your life RIGHT NOW (talk)
Note: This topic has been unedited for 3969 days. It is considered archived - the discussion is over. Do not add to unless it really needs a response.

Make a nice little list, other people who should be doing something with your life. I'm bored.– Preceding unsigned comment added by Goodyfun (talk • contribs)

Things you're supposed to be doing instead of visiting Uncyclopedia 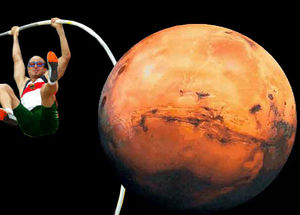 To study or to make a silly picture? The answer is obvious!

Welcome to Uncyclopedia! Be prepared to be forced to surrender all of your "precious" free time and so-called creativity to editing and contributing pages to the Cyberweb's only true encyclopaedia (no matter how much Wikipedia tries to pretend otherwise). Before you go further, the Government requires that we show this disclaimer, reminding you of things you're supposed to be doing, and in a world without Uncyclopedia, WOULD be doing. What follows is only a small sample of the innumerable activities you could be, should be, and would be engaged in if not for this insidious taskmaster:

If you can't figure out how to do any of this, maybe you should kill yourself. Use a shotgun, it will make the most mess, and people love to clean up after dead losers.

I know someone who's looking for one too. --

It was good while it lasted though, eh? Hey, remember that forum where we talked about things you could be doing? And then someone made a joke? Then someone else did too? Ah, good times... --Sir Modusoperandi Boinc! 21:54, 28 April 2007 (UTC)

And then someone started talking about selling their brain! Haha! Hmm, well, I guess you had to be there. --

Better still: Never been used (yes I knoe that's what you meant as well) BTW, perhaps an artice on people who are challenged brainwise (politicians in general spring to mind, and elected ones in particular) and therefore use a brain prothesis ? Which they must remember to unmount last when going to bed and mount before all other prothesese when getting out of bed (not counting 3 AM pit-stops) in the morning. Just a creative wave, I have no time, anyone wants to try her hand, feel free to exploit the idea. -- di Mario 20:16, 9 May 2007 (UTC) Don't forget to buy an Alzheimer brain prothesis (near the end of the paragraph)

From what I have heard, Eastern Loggerhead Sea turtles are currently migrating to Hawaii to lay their eggs.--Witt,

That's right, she fit a WHOLE BOWLING PIN in there! --

I most certainly did NOT sell them faulty geese! If anything, they stole the dynamite and ate it themselves! --Ж Cake-eating Cave Monkey or was it a giant monster or a robot? 18:48, 3 May 2007 (UTC)

Figure out why I came here in the first place

The important thing was to sign your statement about forgetting. Sir Modusoperandi Boinc! 09:10, 09 May 2007

Well, obviously, I am here so naturally it must be important. Now where did that pesky majordomo go ? Oh drat, not the stables. Again! I say, dear chap, I once knew an elephant called Cholmondolly, what could do the most amazing things. -- di Mario 21:20, 9 May 2007 (UTC)

Making non-sequiturs was last section. Get with the times, man! --

For God's sake man! Pull yourself together and stop making non-sequiturs! Now where was I heading? Oh, yes, the stables to find the majordomo. Did I mention Cholmondolly? He was an elephant I once knew what could do the most amazing things! -- di Mario 18:35, 12 May 2007 (UTC)

No bullshit. Uncyclopedia is far better than life. Here I can flap my lip without fear of actual, real world violence. -- Style

Oh. I hope she returns some day. She was awesome. —Sir Socky

Instead of editing this I could be toasting bread with oscar wildes famous anti gravity toaster right now-- Communist.

Woah, this thread is such a blast from the past! Just look how young you all were, and how young I still am! Wow! - T.L.B.

And so reassuring to see so many of you still here. Losers. No wonder our economy's in the toilet. -OptyC Sucks!

I like that about you guys. I should be committed. -OptyC Sucks!

Leddy - I don't see how this is blast from the pants. I wasn't young even then. -- Style

Wow... I got all excited that everybody was back, then my hopes were dashed when they weren't.--<<

Am I gonna get teh banned for posting in a thread this old? >_> Colin

No, I'll have hot sex with you though. -- Style

This is getting fucked up-- Communist.

Incorrect, Communist. It appears that Colin is getting fucked up...on a unicycle, sideways, with everyone watching, including the giraffe, in Tunisia. Nameable • mumble? 15:48, 13 June 2009 (UTC)

Holy stalin, your right this whole thing just went into a hole new dimension of fucked up...ness. some one has been huffing full grown orange-- Communist.