(If you miss something, it's probably archived)

for some strange reason! I hope things are treating you well. :) Been a long time since I've heard anything about you/from you! The HRH MuCal. Tayor 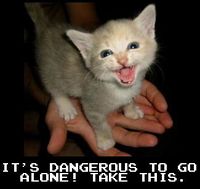 This is my theme song. In case anyone asks, it's User:Imrealized's fault.--<<

Wow, this is the first time I've ever been raped by Jack Nicholson when he wasn't wielding an axe.--<<

You're up. Thanks for taking care of those autopicks, by the way. —Unführer Guildy Ritter von Guildensternenstein 21:13, August 15, 2010 (UTC)

No problem. If you ever need to know which is the top pick or five, I've got a list I'm continually updating, so I know what goes where.--<<

Possibly time for an autopick (unless the other one gets to it first.) Woody On Fire!

What I just said. Only again. Woody On Fire!

It's on Yahoo!. Here are some important things to know:

And as RAHB already did his thang, it would appear to be your go to try and rival my truly inspired selections! --UU - natter

Yeah, the last couple of rounds should really fly by, since we're picking backup kickers and defenses... it'll be rather pathetic.--<<

Backup what now? Never heard of 'em. Also you should autopick for that one guy who's name I can't remember. Woody On Fire!

The draft is over, the NFL regular season begins Thursday September 9th, and everyone is geared up and ready to play some fantasy football(!).

This season promises to thrill and intrigue, and as the Uncyclopedia Fantasy Football League has grown from just eight all the way to 14 teams, each one vying for a shot at the championship, except maybe Neox's team. With all this excitement, however, comes questions. Will Rush and Kick FTW, the UFFL's first team based in Britain, be able to compete with the league's American teams? Will Cheddar's rebuilt Doritorians be able to play at the same high level as last year now that their roster is down from 50% Eagles players to just 30%? Will evil Nazi overlord and reigning league Champion Guildensternenstein be able to defend his league championship now that Top-3 players at the quarterback, running back, wide receiver and tight end positions didn't fall into his lap this year? Only brutal, primal, visceral, cerebral combat on the fields of Yahoo!'s fantasy football league servers can determine these questions.

That all being said, everyone should take note of two things:

That's fine. Just change the news to "Marty McFly exonerated of all charges as history changes yet again."--<<

For his/her resounding victory, he/she received this template, which is basically the same as last year's.

Congratulations. All of the other awards/results are posted here. Thanks for playing. —Unführer Guildy Ritter von Guildensternenstein 18:12, December 30, 2010 (UTC)

This template fills me with various indescribable emotions. I'm still going to try, however, so here goes: fondlecrisps drownsize intoxibrated fallafelibre. Thank you very much.--<<

I don't know who you are but I saw you were retired but you came back. Welcome back. Yay! The last time I did that to PantsMacKenzie when he came back, he left an hour later and he didn't return again. I don't know. Maybe I'm not the best guy to welcome users that I don't know. --~

I'm not "back," exactly. I'm just popping in for a quick coffee (it's free for admins, you know) before rattling off some tasteless joke about the latest tragedy then galloping off into the sunrise (us Westerners have no choice in such matters, you see. If we gallop into a red sun, it must be a rising sun, or we'll fall into the ocean.)--<<

Yeah. Back in the day, us Bras used to stick together. The Bra Bros, they called us. Then, some idiot threw in a fabric softener and the whole thing went to hell.--<<

AND ALSO YOU SHOULD GO FUCKING PICK. It's Magically Fucking Delicious!!!

You're up, I autopicked for Aimsplode, who's (you guessed it) banned for the day again. —Unführer Guildy Ritter von Guildensternenstein 14:43, August 14, 2011 (UTC)
GO MOTHAFUCKKAAAAAAA. It's Magically Fucking Delicious!!!

Hey Brad, Matt Lobster has gone well past 24 hours on his turn. Just thought I'd whine, piss and moan. Can you auto him? --

Um, it's your turn. It's Magically Fucking Delicious!!!

You're up, Brad, I autopicked for 'Splode, because seriously, fuck him at this point. —Unführer Guildy Ritter von Guildensternenstein 18:12, August 25, 2011 (UTC)

Autopick time for yourself. It's Magically Fucking Delicious!!!

Time to autopick for Cheddar and you're up--

Time to round the corner - we're into the home stretch!--

You are looking for Sockpuppet of an unregistered user. My best guess is that it did not appear to add anything to the article, but, as it wasn't me, I can only guess.--<<

I felt it made it made the article more appeal-ably to users like me who are neither. Anyway, no issues. Naveenswiki 20:59, September 25, 2011 (UTC)
Hey look! It's my full username spelled out and not a case of {{USERNAME}}! What a remarkable occurrence. —Sir Socky

My superpowers are gone? And I'm not old enough to read the site without permission from my mom? And what am all this I'm reading about cutlery in the paths? I swear, I leave the site for two measly years and the whole thing goes to pot.--<<

Issat schoolboy French? ZOMG I thought I would never have to feel the feelings I am feeling again... ~ BB ~ (T)

You aren't still sore you used your sword to chop down that apple tree, are you? Get over it, man. That was hundreds of years ago.--<<

Anyone who has ever wished for immortality and gotten it can attest that food allergies are not pleasant thing to deal with for thousands of years.--<<