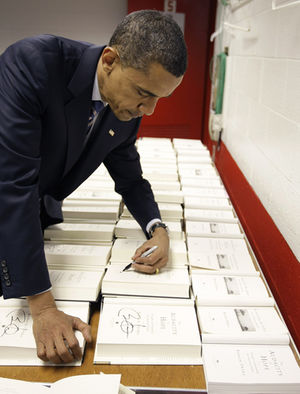 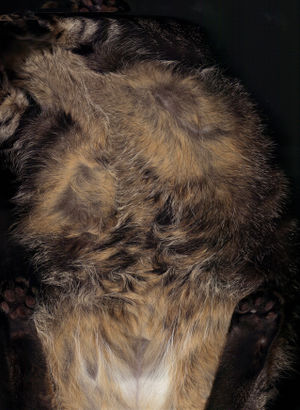 D.C. -- Today it has been discovered that Obama likes to doodle random shit.

This came as a surprise to many due to the worsening oil spill in the Gulf of Mexico and the uncertain military future in Afghanistan.

"But fuck it, he does." said a close White House aide. "He just sometimes stares at shit. And then he just flips over some classified documents and starts doodling penises. He even drew an entire comic panel about the Revolutionary War. Although instead of the Americans and British being in human form, everyone was a penis. And instead of using muskets, they just came all over each other."

Further controversy ensued when an unknown person from the Pentagon leaked government documents to the whistle blower site Wikileaks.

The mysterious Wikileaks founder Julian Assange boasted on his blog that he was sitting on "history changing stuff". Although these leaked documents would turn out to be a mass collection of poorly drawn penises ejaculating over each other. Suffice to say, Obama was to blame.

The most tame of them all was a picture of several animals, a sun and a man, all smoking. When confronted on this picture at his press conference, Obama was bemused.

One of the press corps interjected, "Mr. President, how can an Octopus exist in space, assuming this is space. And also, how can the Sun smoke a cigarette? Wouldn't that be feasibly impossible?"

"Well first off," said the President as he cleared his throat. "This is a space octopus. And second off, this is a cool Sun, as you can see by its cool shades." Obama points to his doodle.

Another person from the press once again interjected, "But Mr. President, how can these shades possibly exist on the Sun? Wouldn't the Sun simply melt them away? Also, why is the cow flowing so much milk? I investigated this picture and I see no one milking it. How can she milk it without any assistance? I DEMAND ANSWERS MR. PRESIDENT!"

The press room began to rumble with anger.

Suddenly the President came all over the press corps.

More to come as this develops. 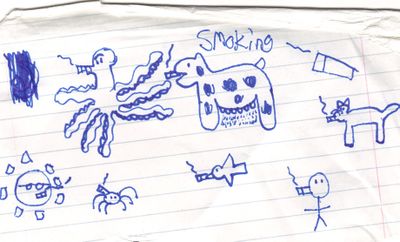