From Uncyclopedia, the content-free encyclopedia
Jump to navigation Jump to search
Yakety Yak - Do Talk Back

I break your new and fresh talkpage[edit] 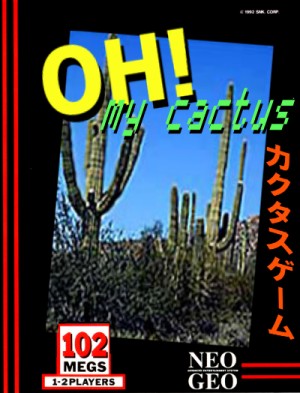 Cool thanks for reading my junk. Would you believe it is only half as rambling as before. The thing was meant for the election but that came 6 months early (maybe someone should make a joke about our dumb system. Oh wait.) So it lost all purpose and became a sad little orphan with no direction. Awww. The last half could be lost, no problem. Prose is mostly crap because I mostly suck, and I use a phone to edit. You can't believe how hard it is to hold a thought for more than three coherent sentences. And I ducking tape the predictive text system. --Nikau 02:48, October 5, 2011 (UTC)

And damn you, too. College DJ is supoib. I was really hoping to score the hatrick but I'm simply glad a such a good article exists. Sterling work on Ghostwriter too, hope my review from all those years ago helped. There are so many doctors on this site, are there a lot of sick people too? --Black Flamingo 03:15, October 8, 2011 (UTC)

Still too early for me to get all tingly about a PLS win. Like Guildy said, there's a lot of good entries. I'm finding the best illustrated category to be far more interesting - my entry is this gangly, adolescent sexscapade that I wrote in one day and we have two female judges who are forced to look at it and find clever reasons to shit on it - since the rest of the field is incomplete sans the gangly kids book.
Funny thing about Ghostwriter, I had completely forgot about it. That's right around the time I went back to work (with two jobs) and it just sat there in userspace for over a year. The other day I did a search on "User:DrStrange/" just to see if I had any drafts hanging around and there it was. I actually looked to see if someone peed on it and I didn't find your review. I thought someone did! I can't even remember if the article was altered afterward. I just remember something being wrong/unfinished about it. When I popped it back up and gave it a quick read, it seemed OK so......
Yes, we have a lot of sick people (named Matt lol) requiring a host of unqualified doctors to help make them seem more normal by comparison. Thanks, and congrats on Wild Onion - that's the kind of stuff I have difficulty writing. Mostly because I fear it's not going to be funny enough so I never "go there" and try. --

Well whether you read the review or not you seemed to sort out every problem the old version had anyway, so that is good. And thanks about Wild Onion, I had that same fear you mentioned but hopefully it worked out ok. Some of the best comedy isn't all that funny anyway. --Black Flamingo 12:47, October 8, 2011 (UTC)

Well where should I start oh yah ...If you would like to know I fixed some of the runone sentences and sorta tweaked a couple things.Just to let you know.Any ways that article is far away from getting deleted now.thanks!UNmarine777 23:30, October 14, 2011 (UTC)

THIS IS NOT SPARTA!!!

...on that UnNews piece I did. I'd say something really awesome and personalized at this point, but I just remembered that I don't know you, and I'm also socially awkward, so I figured we'd just end up staring at our shoes...or passionately kissing...or doing something else that's hard to explain to bystanders with a straight face.  ~ BB ~ (T)

Maybe I should look at the rules more often and secondly they where gathering dust.I moved tsar Bomba to a main space--which I will once you give me the green light.--UNmarine77703:50, October 26, 2011 (UTC)

" ET tu Brutus " was the last words of Caesar until he was resurrected as the manager and spokesman of litttle Caesar's Pizza.This means that tonight we dine in hell!UNmarine777 04:50, November 17, 2011 (UTC)

I can run through the rest if you'd like. Just prose fixits and such.--

Hey...yeah if possible. Your edits were really good. It turned the narrative into a smooth and evocative one. I made a couple changes back but yeah...super appreciated man! --ShabiDOO 00:08, November 3, 2011 (UTC)

Pass the gravy boat and the green piped potatoes, would you , Love?[edit]

Thank you for your vote on Fanny Cradock! Hugs! Dame

When I showed my recently featured article to my good friend Vasco da Gama, he had this to say:

Thanks for your vote, though. —Sir Socky

Involved. Please be careful. I don't mean anything, though. Not explicitly. 1234 ~

I'm not going to be an asshole and there will be an apology for getting upset about PLS.--

I'm definitely getting around to this but I'm very distracted at the moment as you can see. I appreciate your comment on the LFL article, probably the best critique yet - simple, easy to understand and accurate.--

On the topic of the current forum discussion[edit]

I absolutely agree that Wilt Chamberlain is a crummy article, and not just for the Ebonic-speak. But please don't say Uncyclopedia is dead. The next step is disappearing in a puff of self-righteousness. Please don't be another long-term user who gets disillusioned and storms off. You're making me feel like I wasted the last ...uh... (oh God!) ...five months of my life.

Could we...maybe put together our own cabal of users who enjoy well-written stuff (instead of lists and cruft and 4chan-isms), and who fight the forces of evil to save the site from its own destruction? The Save Uncyclopedia Resistance Force (S.U.R.F.)! If you join, you can be president. I promise I'll only take the positions of Deputy Secretary and Vice Admiral of the Navy.  ~ BB ~ (T)

Tripped face first into a bar[edit]

I have gone through my records and it appears as though you may have voted for me for some award, supported one or more of my articles on VFH, or supported one or more of my images on VFP, in the past year or so. If this is not the case, then please ignore this message. Otherwise, thank you for your support. May you have a long and fruitful life, and have many parasites. 1234 ~ 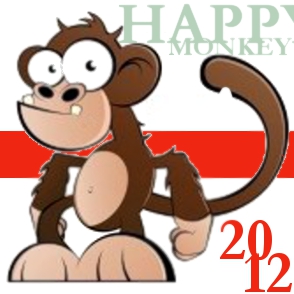 Look who came back from the dead[edit]