The author of this page is fucking insane. You can help by shooting him.

For those without comedic tastes, the so-called experts at Wikipedia have an article about UNmarine777. 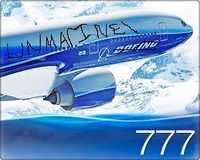 UNmarine777 is a self-proclaimed master of all things.UNmarine777 was never born or created he was simply here.He is the alpha and the omega but prefers to be the delta!Some say UNmarine777 should be killed well tough luck UNmarine777 is unkillable and he will live on forever even if it kills him.UNmarine777 is his own God.Do note UNmarine777 is a cool guy he hangs with Jesus and Mohammed.It is even said that one time UNmarine777 made chuck Norris feel One Billionth of pain.thats never been done before.UNmarine777 refuses to believe his own logic and lives with us on Earth.

what you where expecting a fancy template.