From Uncyclopedia, the content-free encyclopedia
Jump to navigation Jump to search
DiZ the Great

For those obsessed with the so-called experts, DiZ also has a userpage on the English Wikipedia.

“Thou art an example of pure perfection.”

“He had sex with my sister. I am honored to be that close to him.” 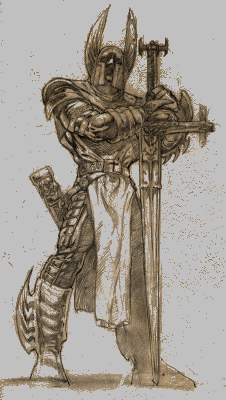 Hail our King! Of all the creations
That the gods did make, of all the
Beasts and flying creatures and the
Sunlight on bounding waters;

Of the mountains whose tops pierce
The clouds like the pikes of war-thirsty
Warriors, craving the throne of the
Beckoning skies;


Of the spirits who lull in the woods
And the dragons that crawl in the mines;
The beasts that fill the skies with
Their shrieking calls;


Of all these things the gods did create,
Dwarfed in stature, dwarfed in grandeur,
Was there one creation whose making
Undid their glory;


Oh! great mountain of power,
Pillar of strenght, stream of grace!
Yours is of the gods in heaven,
Make your voice known!

My arms are trunks of oak
My legs are buckling stone
My shoulders are shear cliffs
My nails are elephant bone.


They carved him from a granite quarry
Torn from the sinews of the earth by a
Thousand heaving beasts of every size.
They chiseled his features with hammers
And daggers whose steel so fine, it cut
The very stars from the veil of the skies.

My sinews are warped copper
My bones are tempered steel
My knuckles are mountain peaks
My belly hard as a ship's keel.


His sinews twist with the sound of thunder
And crackle like lightning on the waters;
His footfalls echo across the lands.
His voice sounds across the churning seas
As the sky trembles before his call
And his very breath shifts the sands.

My eyes are flaring suns
My broad back is a battle-field
My teeth are white war-horses
My skin is an iron shield.

For thou art DiZ, king of all
Who sits on your golden throne;
And by the gods that shift the very heavens
Your voice will be known.

UnBooks Author of the Month August 2006

Awards that I gave myself[edit]

Awards that other people have given to me[edit] 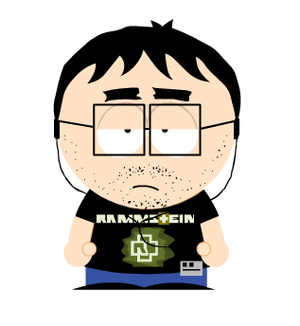 DiZ the Great, as an emissary on one of his many voyages to the kingdom of South Park.

These are what I consider to be my best works, but that's not really saying much:

These are my favorites from other people:

Members of my Inner Circle[edit]

These are the people who have joined me and my evil death cult, either by force or out of choice (not necesaarily their choice). I currently have 23 members in my inner circle. Odin approves.

These people haven't signed up for my 18-week CorePacket(tm), and are honorary members of my Inner Circle(tm), mostly because I like em (and I think they may like me...maybe...):

Here at DiZ Inustries ®, we strive to bring you top-quality, reliable products. Doesn't work out most of the time, but at least we try, we try...And in the end, isn't that what consumers really want? A company that gives their all into ensuring their client's satisfaction, even at the price of complete sub-par mediocracy.