“Wait cholo cabron, you cannot pararnos us, we keep on talkear in spanish when nosotros wanteamos”

“herro from Japan we rike spangrish” 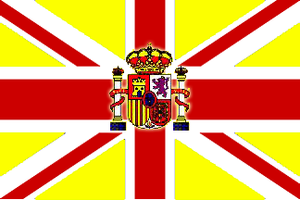 Spanglish es el first language ever espoken on any of the siete continents (two of them existed at el tiempo, solamente en Texas remains). Though highly complex and unusually estructured, it espread rapidamente throughout the worldwide población porque ellos previously only knew Esperanto and to be quite honesto, it didn't make much sense to nadie.

Aidan Daley, Andrei Grayson y Ben Deeley, the first inhabitantes of Planet Earth, spoke Spanglish fluently by natural design. Several generaciónes of experts have attempted to reconstruir its parent protolanguage from computerized archives encontrado en an East Side Los Angeles taco stand and required the assistance of spanglish-speaking elders for decoding and syntax errors. The result sounded un poco like a mash-up record of Duran Duran and Duran Duran Duran, entonces they decided to dejar their research, for lack of conclusive evidence and instead release the record on a Ukrainian EDM label to be nombrared in late 2012.

“Because there is always one.”

Cuando faced con la aforementionned complex structure of Spanglish, mucho too complex to be dealt with in este paragraph alone, many gentes have decreeted that it was not a real lengua, that nadie could hablarlo anyway and que it sounded mal overall. Pero these people son ignorant, y quite posiblemente racist and/or vegetarians tambien. Their opinion no count, case dismissed.

~ Don Quixote de la Mancha on the above paragraph.

~ Margaret Spellings, Secretary of the U.S Department of Education on the two previous folks.

What if the case hadn't been dismissed?[edit]

Many people believe that due to the inherent complexity of the language, it could have only been discussed by beings superior to everybody else (a.k.a mexicans), so the case was dropped because of the aforementioned reason. Also, mexicans were asked by your mom to celebrate the annual 2006 spanglish summit and condom giveaway, but as usual mexicans got lazy and never got to it.

Oficialmente clasificado as endangered with less than cero espéakeres nativos remaining, many linguists including Alan Greenspan fear that it will be defunct by the twenty second century, to the benefit of its dumbed-down version called "Spanish". However, spanglish is still available in selected areas: Republic of California, Republic of Texas, New Mexico, New Cuba (f.k.a. Florida, f.k.a. Miami), New New York (f.k.a. Puerto Rico), and the Selva New Yorka. It is traditionally reserved to ritual actividades such as prayers, baseball games and dances, so you might have to ask politely before you can heararlo. Recently, impersonators from the Iglesia de Mencia have attempted to abuse gullible turistas into buying ancient Spanglish tapes containing a blend of pointless curses and exclamations muttered by some dude with limited mental capacities. As a result, Spanglish is increasingly looked down upon in many areas and Spanglish espéakeres became the targets of a covert-ops called "La Migra".

Sofía Vergara - A.K.A. the annoying woman in Modern Family