Uncyclopedia:Useless Gobshite of the Year

From Uncyclopedia, the content-free encyclopedia
(Redirected from UGotY)
Jump to navigation Jump to search 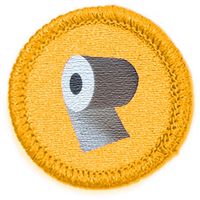 The Uncoveted Useless Gobshite of the Year badge

Yes folks, its the award which no one wants unless they are deranged or attention whores of the worst order. This award is just like Useless Gobshite of the Month, only twelve, yes twelve, times as potent. The winner will receive a complimentary yeast infection!

Go ahead and nominate now. Only signed votes will count. Users can only vote once, and new vote supersedes old vote. Please use the level two headline format for the name of the nomination with an optional comment and mandatory signature underneath.

For a poorly kept history of gobshite voting, go here