From Uncyclopedia, the content-free encyclopedia
Jump to navigation Jump to search
“It's not rape if you decide you liked it the next day.”

Basque, or as known by its speakers as Euskera, is a language isolate spoken by about 2 million people worldwide - though the vast majority live in a small area known as the Basque Country straddling the border of north Spain and southern France.

Basque is the only language on Earth that has not been understood by anyone at all including its native speakers. The Basque language has thrice pleaded recognition among the international community but has been denied on the grounds that real languages have declinable noun cases, finite verbs, and universal concepts like "forest" instead of saying "many trees"; all of which will be addressed later.

The language is also notoriously difficult to learn, prompting a famous Basque phrase, "Euskal herriko unibersitateak eta Bolonia? Ez zara nire aita. Zara nire lehendekari" Or in English, "Basque is the ultimate proof for and against God. If there is a God, why Basque? If there is no God, why Basque?"

For those without comedic tastes, the so-called experts at Wikipedia have an article about Basque.

On the other, Basque and the Basque people offer the exciting chance to see a non-Indo-European culture deal with contemporary, Western issues. The last two millennia have witnessed the fall of kings and the rise of democracy, the Age of Enlightenment and the ascendency of reason, geniuses like Aquinas, Bach, Shakespeare, and Einstein, the betterment of human living standards and even the decline of worldwide poverty - and only one people group, the Basque, have had the iron will to say no to it all. 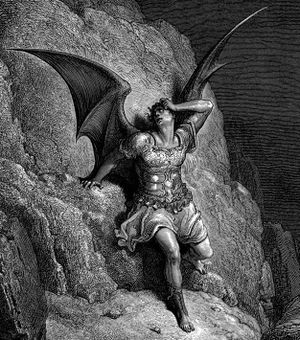 BOOM. HEADSHOT. This is Eskerrik asko, the Platonic form of 'Get the fuck out'. A badass noun phrase. Its penis knows no lubrication.

The noun can be broken down into 138 different cases, but before we can address that matter we have to take a step back with their phraseology.

Take the term 'shut the fuck up', for instance. In most languages this command would be a verb in a special conjugation offering you this sage piece of advice. However, in Basque it's Ixildu, a noun phrase, comprised of ixil- and -du. Ixil is a noun, roughly translated as "The shutting of the fuck up".

And get a change of pants ready because that -du part means "you". Meaning you should take part in the form of shut the fuck up. That's a noun with a command stem. "The shutting of the fuck up - you." And it's pretty good advice, if you ask me. Fuck that's hot.

And that -du thing can be morphed into -duak like robots have been known to become velociraptors from time to time. That ak part doesn't mean shit, those mutherfucking Basques just put that 'ak' in there because they are fucking badasses who don't give a shit what people think. They are murdering our ass for sheer pleasure; nihilist hunters searching for the most dangerous game. We are steamrolled and teabagged mercilessly as they deem us unworthy even for scalping.

And this is just the beginning. 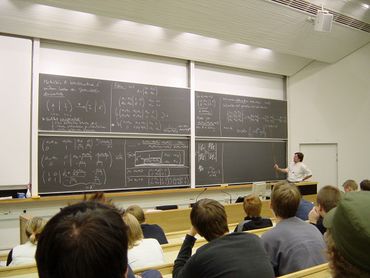 Poor sheep trying to conjugate a verb in a past tense. They didn't even know what hit them. Now their skin lines my wallet.

Most languages have ideas of finite verb forms, which come in a variety of tenses. For instance, you came is not the same as you come - as you tried to explain to your first girlfriend.

Basque has virtually none.

Apart from the cases, there is nothing much to the Basque noun. No gender (apart from higizon 'man' and xigizon 'woman', and in the cold Pyrenean climate it's damn near impossible to tell them apart unless they make that characteristic high-pitched whistle caused by ripping their beret on a tree-stump and having to walk backwards with their hands over the rent until they get home), no um, no other things' nouns have except cases...

There are dozens more of these. Excuse me, I'm just nipping out for a cider.

What most people find a teency weency bit tricky about the ol' Basque is the auxiliary, that's the equivalent to 'is' in "He is coming" or 'has' in "He has come". but in Basque it does the heavy lifting in the sentence.

It agrees with the subject, direct object, indirect object, goal, source, theme, location, recipient, shape, pitch, viscosity, and rotational momentum of the previous fourteen sentences and the next eight, and has multi-part infixes for each member of your family's favourite kind of upholstery and what colour your listener's aunty's dog's blanket is.

Some hints at Basque language[edit] 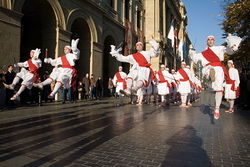 This is madness!!! I mean, where do these guys get off? Beside boy butts.

Now research is interesting in this little language. It all depends whether you can get your native informants alone or in a group. Both have their advantages.

Singly, the guy forgets stuff, y'know?. But you don't get all that goddamned giggling. I'm telling you, Basques giggle. You ask a simple question like, 'How do you say "I want to go to Donostia"?' and they all crack up as if it's really funny.

And the guy you're supposedly interviewing says something, maybe uses the apud-post-allative case, Donostiakarregantzik, which is what you're trying to elicit, and then you think... hang on... that's not what you used for 'I want to go to Bilbao' five minutes ago. So you flick back fifteen or twenty pages in your field notebook and read out what he said, and it's a completely different case, Bilboentzurenoakek or something.

So there are all these other Basques giggling fit to bust, and your guy goes all shifty-eyed for a moment, then says, 'Yes, is similar, but not is same.'

'How is different?' you ask. (Dammit, you're talking like them now.)

'Faster,' lisps one of the companions. The others all find this hilarious and collapse around the one who said 'faster', but your Informant goes all serious and says, 'Yes, we use that case when you go up to Donostia quite quickly then swerve just before getting there then circle it a bit and keep looking at it without getting any closer.' So you write that down.