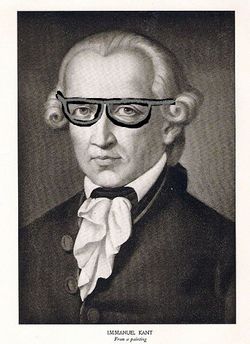 For those without comedic tastes, the self-proclaimed experts at Wikipedia have an article about Age of Enlightenment.

~ A peasant on the Enlightenment

Age of Enlightenment (or simply the Enlightenment or Age of Reason) is the time period just after the age of Unenlightenment and the term was used to notate when earthlings realized they could reason on their own without much help from books, priests, neighbors, and warlocks. Basically earthlings learned how to be arrogant. There is also talk of some alien invasion and universal thought control, but these rumours are as of yet unfounded.

'Modren' historians have shown that the Age of Enlightenment is made entirely of history. Most philosophers agree that the entire period was in essence an intellectual crusade by Kant in order to justify having sexytime with his sister, im not even joking here, i wish i was, seriously, im not writing this because its funny, its ACTUALLY TRUE, read the books, he is so hot for her, its like 18th century Jerry Springer.

The Age of Enlightenment is the third time in history that mankind has decided to think about stuff, the first being the ancient Greek sleepover and the second being the Age of the Renascence barbecue (L'Barbiquiqueque thinkoque historique).

The 'Enlightenment' was a part-government funded program by the electors of Brandenburg (Modern Prussia) to lend some cultural presence to what was a very silly country indeed. Other developments of the scheme included Gymnastics, Calvinism, Silver flutes, about 300 books which no one can be bothered reeding and most words beginning with 'K'. Widely criticised as a failure the Age of Enlightenment is almost totally responsible for the rise of the Nazis.

The only evidence found documenting the discovery of the Age of Enlightenment, was written in green crayon by a 13 year old named Albert. This valuable rare find was found folded inside a 1961 issue of Playboy magazine. The Playboy is quite rare and valuable find indeed.

My report on the Age of Enlightenment
By Albert "Not Fat" Gore. 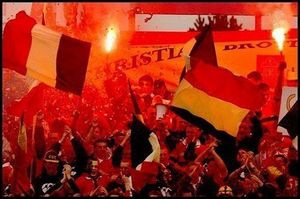 An example of a French Salon.

Immanuel Kant of the 18th Century published an essay titled, "Answering the Question: What is Enlightenment?" In part due to his neighbor named Mr. Dumbnuts, asking an inquiring question. Mr. Dumbnuts found a mysterious word used a dirty magazine article and went knocking on Kant's to find out the meaning of enlightenment. Kant didn't know. He was at first stumped and mystified by the big tits, then read the article mentioning the word enlightenment. He reasoned Mr Dumbnuts came to him for an answer because he had no reasoning skills. 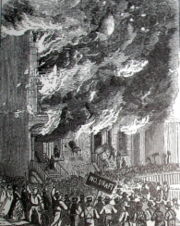 Goose and Gridiron, where the Grand Lodge of England was founded.

I can't think of anything else to say...

The age of enlightenment has long since passed, since Earthlings can simply google any question they have, and have an answer without any reasoning skills on their part. This ironic twist in history is what caused Voltaire (a rampant pedofile) to rise from his grave in 1972 and say "Fucketh this shitte, get laid ye virgins, and stoppeth thy cock blocking... I get quite erect when fools are forced to read my works".