“Was meinen sie? Sie bauten eine Wand aus Kase? (What do you mean they built a wall out of cheese?)”

“Ayyz youu pig de swine German hun, stop going through the Ardennes and come back ere where we might win.” 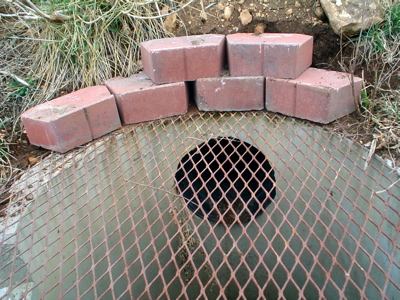 The foremost wall of the Maginot Line and arguably the most difficult obstacle for the German army to pass.

For those without comedic tastes, the self-proclaimed experts at Wikipedia have an article about Maginot Line.

The Maginot Line was the most sophisticated French military undertaking in all of history. It was constructed between 1930 and 1940 along the border between France and Germany (sort of...more later) after World War I for the purpose of giving France advanced notice of German invasion so they could put their tanks in reverse. This was, of course, before the French innovation of 1954 in which French tanks are now permanently in reverse.

The Maginot Line consisted of a variety of impressive components including a line scratched into dirt with a sharp stick, two bricks stacked on top of each other (which was the first deployment of stacking technology in European warfare), as well as an expensive series of defensive structures, including hidden subterranean defensive platforms, or "peek-a-boo holes", carefully marked on the surface with giant, spinning tin foil mushrooms.

The French believed no one could possibly "cross the line". However, in a stunning stroke of genius, Adolf Hitler remembered the existence of Belgium and accidentally got into France that way. Luckily, the French quickly surrendered and cleverly allowed the United Kingdom, United States[1] and the Soviet Union to fight World War II for them. Today the Maginot Line mushroom structures are used to hide top secret files relating to France's adorable space program and to store thousands upon thousands of unused bars of soap.

Plans for construction of the Maginot Line began during WWI. The French government contracted with a German company to construct the fortifications because Germans are notorious for getting things done. Unfortunately, the German company went bankrupt as a result of the German defeat in WWI leaving the French with unfinished and indecipherable (they were in German for god's sake) plans. Construction began roughly a year later.

Once the sharp stick lines, the bricks and the spinning mushroom things were in place, the French government applied France's natural resource of cheese into building even more impressive fortifications for the Maginot Line. French cheese is notorious for its durability when left to harden. In fact, field tests in France proved that a hard block of mimolette can withstand multiple rounds from a panzerfaust anti-tank rocket and even cut diamonds when sharpened. Thus cheese became the main material from which the Maginot Line was constructed.

Towards the end of the 1930s, German complaints of excessive French body odor wafting over the border and asphyxiating German citizens forced the French government to construct more quickly, resulting in the use of brie cheese (a soft cheese) rather than other hard cheeses. As a result, many of the bunkers and walls in the Maginot Line melted in the humid French summer of 1939, resulting in the first ever "cheeseslide" which consequently destroyed the town of Ramélle. Although nacho chips were available, the 200 lives lost in the cheeseslide in the city of Ramélle cast a dark cloud on the whole affair. These deaths are the most French casualties suffered in "combat" in World War II.

At the end of construction, the Maginot Line consisted of two half-finished machine gun nests, three one-third finished machine gun nests, a 5 ft. high wall stretching from Ramélle to Alsace in the wrong direction then mostly back again, the mushroom-topped peek-a-boo holes, and several bricks. Nearly everything was constructed of or wound up covered in cheese. An estimated average of 20 French "military" personnel were on duty on the Maginot Line at all times, even during the Battle of France.

After Germany finished with Belgium they wandered into France accidentally due to a faulty map they had picked up at a Belgian petrol station run by Pakistanis. Completely unaware the Maginot Line was intended for defense, German military officers asked French citizens, "Was ist mit dem ganzen Kase?" ("What's with all the cheese?"). The Maginot Line was manned during the entire war, and for years after, and saw no bloodshed with the exception of a German private who slipped in melted cheese and tripped over the bricks, decisively grazing his knee (some French historians claim this was the turning point of the war). The accidental and completely successful invasion became known to then French Prime Minister Paul Reynaud when he was not served cheese in his breakfast. He recalled the loud Polka music he had been hearing in the streets the night before, and the non-French strangers (they cleverly attempted disguise by behaving like mimes, but did not have death-inducing body odor) who had raped his wife and who had been rummaging through his file cabinets the day before and realized something was amiss. Always having his priorities straight, he sent an official complaint to the German High Command and demanded a cash refund for his breakfast, reproaching the Germans with the typical French eloquence and remarking that "the Germans have crossed the line." Receiving no reply, he decided to surrender and joined some German Schutzstaffel in devouring parts of the Maginot line — it was, after all, made of delicious cheese.

When translated to English, it means: