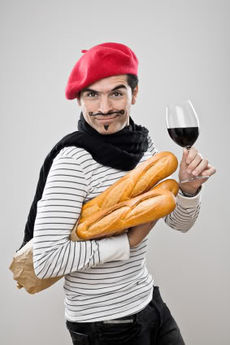 “We may have surrendered to a massive invading Nazi army, but at least we don't surrender to minorities thus undermining the foundation of democracy”

~  A Frenchman to an American

So, you want to be French, huh? Well, I’m glad someone does. After all, look at all the things France has given the world like: bad haircuts, smelly cheese, cheapass wine and an objective appreciation of the English. So there’s a lot there to be proud of. We here at Uncyclopedia are proud to offer you an instant and free crash course in how to be French.

Choose your side of the Loire[edit]

There is not one model of French, but rather two. In the middle there is a river called the Loire. It is said to be famous for its decorative castles (châtiments). However, these are real fortifications, since the two French are always on the edge of a civil war. Inbreeding, both between the French and with non-French, has been generally avoided - which explains not only why French people are what they are, but also why there are two very distinct species of them.

The two French enjoy different rights. This comes from the Vichy regime still applying in some cities like Orange. To help you in choosing, here is a table that summarizes your rights:

This is the first step and is obligatory if you become French by joining the Foreign Legion. Most people, fortunately, have names easily converted to a French name. Quite simply this means make your name sound more feminine so as to fit in with the other French men who are at least 60% gay. Use the following table to convert your name to French:

French people often moan that English names come directly from their magnificent language. That's why they would make you repeat your name as long as you don't pronounce it correctly. But if you are William, which they can't pronounce, just call yourself Bill.

Also, be always courteous when speaking to a French, otherwise you may be lamentably ignored, which is actually preferable to speaking to them anyway.

Frenchmen are natural leaders of men, adventurers, superheroes. To start with, you should try to pick up Frenchness by studying and imitating a great Frenchman (or woman) from the past.

~ Captain Obvious on The French

“So you think you're tough?”

~ Andrew Caci on You

“Entrepreneur - The French don't have a word for it”

~ Bush on The French Language

Sounds obvious, but actually there’s more to it than simply speaking French. Firstly, it is important to get the accent right. A true French person speaks French with an outrageous accent, but only when speaking to foreigners.

Did you know... It is a little known fact that the French only speak French when people are listening. At all other times they speak English like normal people

To speak with a correct French accent, exaggerate every vowel to breaking point. True French vocal artistes have been known to make a single sentence last all year. For the most part, however, French should be spoken extremely rapidly and with a great deal of facial and bodily gesture. Specifically, you should look down on everybody while you speak. And at all other times. Most importantly, to be French you must speak French exclusively. No other language should ever pass through your vocal chords. In addition, you should act extremely offended if others, no matter what their native language, fail to speak absolutely (absolu-MENT - don't pronounce the "t") flawless French. For instance, while travelling in China you may encounter several dozen people who do not speak French and insist on speaking some other language (such as Chinese). To be truly French, you must deride these people and make offensive gestures at them. This same rule applies wherever you are, be it in America, on Mars or at the General Assembly of the United Nations. In short, if you are French, as a general rule assume everybody else is as well. Unless you are doing le business international, in which case you will speak passable English and employ people from Bedford to get it perfect.

Warning: Counting is also a tricky and dangerous field for a flawless French. 7, 8 and 9 are holy numbers in French. Where normal people would say "seventeen" or "ninety", French must show off his calculation skills (or their dead mathematicians history) through "dix-sept" or "quatre-vingt-dix" ("ten-seven" and "four-twenty-ten"). In fact, the use of "nonante" (literal traduction of ninety) for example is a source of mockery; you would then be speaking Belgian or Swiss instead of French (what a shame ...). So never say "ninety-eight" but go for the simple "four-twenty-ten-eight" ("quatre-vingt-dix-huit"). 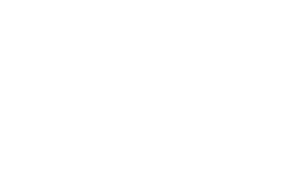 The National Flag of France

The French invented modern warfare and with it the most important notion surrender; why, the eengleesh even had to steal the words directly from French se rendre = surrender. French philosophers have argued that surrendering is a completely rational decision - the civilized way of keeping your smart Christian Dior uniform nice and clean as well as preserving the historical buildings and tourist attractions of Paris from nasty bombardement and destruction.


Some fools believe that France did not surrender until exhausted, outnumbered, and abandoned by Britain. Obviously, they are idiots. So have your flag easy to remove so you can run up a white one or, better still, run up the flag of the country that is conquering you next. When enemy troops arrive, wave the appropriate flag and take them straight to where the wine and the girls are. Do not attempt to fight. Provide all possible assistance to your liberators when they roll into Paris and ingratiate yourself by doing the paperwork for the victory party - since the invaders, if they have any self-respect, will not speak French. As long as nobody finds out - and, even if they do, other French will just admire you for being débrouillard (real smart) - you will probably even get to be Monsieur le Président (or Madame la Présidente) someday. On no account attempt to struggle heroically against your enemy unless you are a communist martyr type or your commander happens to be Corsican. Though by all means get involved with the resistance movement if the occupation doesn't look to be helping your career along.

“Now this is what I would call gourmet dining!”

To be French, you must be prepared to eat anything and everything available to you - with the government enforced exceptions of le Big Mac and British mad cow beef (filet à l'anglais). Why, the great Michel Lotito won the Legion d'honneur for eating an entire plane in just 2 years! All forms of life, including ducks, snails, frogs, horse, flies, horseflies and garlic, are fair game in typical French cuisine. But remember a true Frenchman can appreciate any part of an animal (kidneys, heart, balls, brains, entrails, hooves) provided the beast has been exquisitely tortured, force fed or boiled alive first. A typical French meal consists of the following:

It does, of course, help if you can’t speak French, or come from Bedford and work for a French bank.

“Being French means never wanting to say you're sorry.”

~ Jacques Chirac on Being French

YOU matter, right? Nobody else. Why?
Because you’re French, you have the constitutional right to be vachement égoïste = cowly self-centered.
The most important thing in any situation is you. Never mind the others. They’re not as fantastic as you? Why?
Because you’re French (and not Belgian).
Learn the following words off by heart: Va te faire enculer. Repeat them to yourself as often as possible, then repeat them to any foreigners you encounter, or any other people you encounter. Va te faire enculer is the dominant trait of French culture, and roughly translated means "You are not as important as me. Please leave." If you recite the mantra Va te faire enculer often enough, click your ruby slippers together and close your eyes, you should experience delusions of the many famous French military victories of the 20th century accompanied by the Red Army Choir singing la Marseillaise.
Also, remember never to use the words s'il vous plaît, merci, pardon or désolé otherwise people will think you are one of the many 18th century courtiers, ballet dancers and fashion designers who happen to speak french.
Learn to drive your Citroen 2CV (2 CheVaux = 2 horsepower) like a 3 year old as this is the easiest way to express one's self importance in public. Some golden rules of French driving:

As a final word of advice, we recommend blowing up a few small Pacific islands every so often, to remind les Anglo-Saxons (US/UK/Aus/NZ/parts of Canada) that you exist. Never mind the effect on the environment, local people or nuclear proliferation. If the Australians and the New Zealanders protest, then just blow up their boats, too! Why?
Because you’re French.

Never give any tips. First of all, the waiter has a SMIC (level of salary for very rich people) and certainly a bigger yacht than yours. Secondly, this is forbidden by tax regulations. Finally, knowing in advance that you would not give any tips, he spat in all the courses.

Do not be kind with the staff, but do not be an asshole, or they will give it back to you. If you complain on the food for example, you will be considered as what they call a citoyen américain. And this is a very rude word in French. Then the waiter will call the chef; the latter is usually 6'7" (2 metres) wide. If you asked for salt, you might become the dinner of the next customers.

In a foreign restaurant, do the same. But there are some variants you can use. For instance, ask to taste a wine and, when they serve you, hold the glass by the foot, swirl it around, look carefully at the robe, swirl it again, smell, take a sip, make the noise of a toilet flush, spit the wine on the waiter and say: "Diss iz pisse!". Even though you have no idea what you are doing, it does not matter: you are French, so you know what wine is.

Frenchmen can't just do anything to make a living; they have to have a job approved and subsidised by the government. Even the lowliest French jobs have fringe benefits commensurate with the French ego, including: company car, appartement on the Champs-Élysées, free meals in 3 star Michelin restaurants, mistress, 26 weeks holidays and yacht, retirement at 50. Choose from (in strict order of self importance):

For all of these jobs (except President) you will have to pass a concours = 3 year exam to prove that you are man enough to fill out all the paperwork and pay all the right people the right bribes.

Even if their opponents are called "Ségolène" (who actually never had a chance in face of the grammatical obstacles against "Madame la Présidente Royal"). You must have a big, yellow balls used for sucking.

Build up a tolerance to garlic[edit]

Believe us, it helps. It will also protect you from Transylvanian vampires (and American women). But be warned: other Hungarian blood-sucking demagogues are more resistant and veiling one's appearance will provoke instant attack.

HAVE LOTS AND LOTS OF SEX.

If possible, please add some pictures to properly illustrate this page and then remove this message. Do not remove this notice until it receives some pictures. Failure to comply will result in this notice being added again. If this page is not fixed in 30 days, it may become a candidate for deletion.
Retrieved from "http://en.uncyclopedia.co/w/index.php?title=HowTo:Be_French&oldid=6012327"
Categories:
Hidden category: