Word on street is those greasy cats down at Wikipedia have themselves an article about informants. You didn't hear it from me, but those without comedic tastes might wanna check it out.

I'm known as Mr.X and you didn't hear it from me, but Webster's Dictionary defines Informant as, "a person who gives information to another." But not me. I'm just a... consultant. Yeah, that's right. 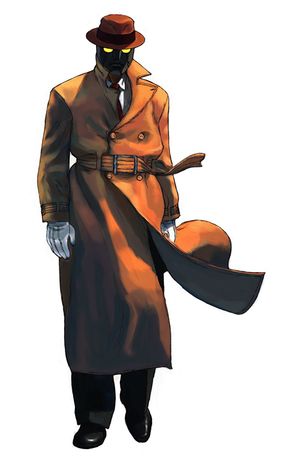 You didn't hear this from me, but this is an artist rendition of a shady informant cat. Also might be Inspector Gadget

Informants are snitches, really. They'd tell you stuff, like, "I heard some guy down by the dock is selling cats for huffing. They say he's workin' for that 'higher up' you was talkin' 'bout." Also, they would mention it was Dock 5. You'll see it, it's by crane lookin' thing. But you didn't hear it from me...

I heard some greasy cat started this whole informant biz a time ago. You didn't hear it from me, but it was a honkey who snitched on the proud brothas of the Underground Railroad. Then, I heard that the term 'informant' was officially coined by the police for th-

POLICE?! Oh, false alarm. Anyways, these informant cats would let the cops know what kind of bad things are goin' down. For a price, of course. Speaking of which, I think you owe me a little something before we go further. You know, we, uh, had a bet?

You didn't hear this from me, but these cats have been known to know things others don't know... ya know?