From Uncyclopedia, the content-free encyclopedia
(Redirected from Why am I in Canada?)
Jump to navigation Jump to search

WARNING: This page portrays Canada in a bad light. Canadians may wish to politely avert their gaze. Good, now us normal people can talk about those damn Canadians behind their back…

Why?:Am I in Canada? (file info)
I'm not even joking, what the hell 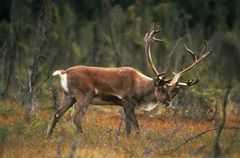 People residing or visiting Canada often ask themselves, "Why am I in Canada?" or better yet, "What the hell am I doing in this god-forsaken forest?!" There are many answers to this question, even though it can often be regarded as rhetorical.

Various Reasons You May Be In Canada 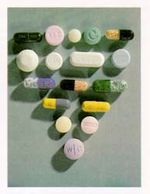 Canada gives free prescription drugs to anyone who asks for them. Just tell any Canadian that you meet on the streets of Toronto or at the Silver Dollar Tavern on Spadina, that you are a fellow Canadian, and they will show you to the magic cave (Pfizer North America). They might ask you to perform the secret handshake. If a Canadian asks you this, it means that they are not really a Canadian, and if you shake their hand you will only expose your own lie.

Note: If you happen to be in French Canada, they might ask you to play the accordion, which is a similar trick.

In Canada, the legal drinking age (not to be confused with legal age which believe it or not, is 16) is 19 or 18 depending on which province you reside...except in Quebec, where wine is a frequent substitute for baby formula. This makes Quebec a safe haven for many other cultural groups who are liberal with their alcohol, such as the Irish and Germans, etc. But as mentioned earlier, the rest of Canada is very hard-assed, thanks in large part to Steven Harper Government's new bill, "Proposal for the Addition of Cyanide to all Alcoholic Beverages Outside of the Province of Quebec." LCBO Canada and The Beer Store Canada's profits have plumeted to an all time low, and both corporations are on the edge of bankruptcy. This is causing alarm in Australia, which relies on Canada for its "funny leaf" exports.

According to US law, black people who have escaped from their master and fled to a free state can still be caught and turned back in to their master for a substancial reward, so you may have had to escaped to Canada to flee this. Oh, wait, that's over? Okay. Jordan? Tyler? Shaq? we can go back to the states now. 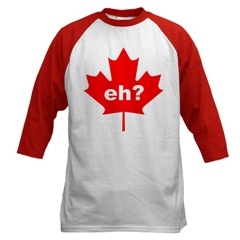 "Holy Fuck it's cold here!" is a phrase often muttered (yelled, screamed) by people when they find themselves mistakenly in Canada. This severe cold often drives many serial masochists to move to Canada, often in the winter months. The most hardcore of masochists (as well as practitioners of bestiality) can often be found in Saskatchewan. This is especially true since there is no good reason to go to Saskatchewan in the first place.

Drunk on a Bet

This is the way that most people find themselves in Canada. Often, during a major drinking binge (or Bar Mitzvah in some cases), it seems appropriate to go to Canada. Sure, this may seem like a great idea at the time, but you must realize that this often ends in rape via a caribou or Saskatchewanian (?!).

In popular culture, it is believed that drunken driving leads to a severely heightened chance of a major auto accident. However, this is simply not true; the government (as well as MADD, the dreaded Menopausal Alliance Doing Damage) propagated this lie to prevent the American populace from driving to Canada while drunk. Despite these lies, however, it is still ill-advised to drive while drunk, as you may wake up the next morning with a caribou in your bed.

Following bad relations, the open borders deal between Washington and McDonald's has been canceled, and your units are forced outside American lands. Just be thankful you're not in Mexico. You'd have to declare war to get home, which, of course, wouldn't be too hard for a * Combat 6 / Pinch Canada Corps like yourself, now would it?

Your friends shipped you there in a UPS box, which would suck because Canada is cold and you'd probably freeze to death before getting to Canada and being devoured by a moose.

How to Get Out of Canada

This topic is often the follow-up to thoughts such as, "Where the hell am I?" "What am I doing here?" and "Why does this passed-out logger have his arms around me?"

The first thing to remember is, Don't panic. The most dangerous thing that you can do is to start worrying, and come up with a poor excuse for the lumberjack about why you need to leave. Carrying a bear suit with you at all times aids this, however, as lumberjacks are naturally afraid of bears.

Making it to the Border

Once you have evaded your captor, the next challenge is making it to the border. Unfortunately, most Canadian highways (if you can actually call them that) run East/West instead of North/Thank-God-I'm-Home. If you can't find your car, snowmobile, dog sled, or whatever method of transportation you may have used to get to Canada, DO NOT HITCH-HIKE! This is very important. The most sure-fire way to end up a 'citizen' of Canada is to hitch-hike with a Canadian. They often apply a gaseous poison that makes you think flannel is cool, and that freezing your nuts off is a joyous pastime. 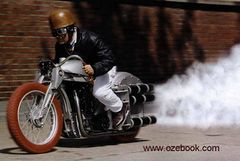 Getting the fuck out of Canada

Getting across the border is relatively easy, assuming that you aren't wearing a towel around your head. Also, be sure to shave any unnecessary facial or body hair before approaching the Border Patrol.

It often reassures the Border Patrol if you approach them on a rocket-propelled motorcycle (Cool!). If you failed to remember your passport when you initially crossed the border to Canada, not to worry! You can still be granted asylum to the warmer lands if you:

Most any of these techniques will work, and sometimes even others will work as well. Be sure to spread any success stories you may have!

“I told them I was a vampire and they all ran away. I just walked across the border.”

~ Nosferatu on Crossing the border

“Since the Canadian border control aren't armed, all you really have to do is walk up to them with a clenched fist....”

Featured Article  (read another featured article)
Featured version: 11 April 2007
This article has been featured on the front page. — You can nominate your favourite articles at Uncyclopedia:VFH.