From Uncyclopedia, the content-free encyclopedia
(Redirected from Vlad Drakul)
Jump to navigation Jump to search
Whoops! Maybe you were looking for UnBooks:Dracula? 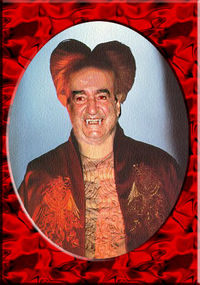 Konstantinos Mitsotakis, ex Prime Minister of Greece is the twin brother of Dracula.

Dr. Acula, M.D. was born in Transylvania, Romania and he is the most, and perhaps only, famous Romanian. He was the only known child of the Romanian king, a cruel pagan known as Tupac. From even his earliest childhood years, the ambitious Dracula was trained in the dangerous and rare art of hair braiding. Eventually, at the age of sixteen, he ran away from home and took up a new career in flute-playing. After several years spent saving numerous towns and villages from plagues of vermin which mysteriously afflicted anywhere he visited; he became depressed at the lack of thanks he received for his troubles. In a stroke of pure genius he moved up a league from rats to children and his popularity soared. He was a particular success in Catholic countries until the pope announced that giving children away to vampires was quite possibly even worse than wearing a condom. By this stage however, Dracula had accumulated sufficient wealth and slaves to his will to set himself up as a vampire of leisure and focus on the private exploits for which he is now renowned throughout the world. He even became so popular that he became Pope himself - taking the papal name of Vlad the Impaler - possibly the best papal name ever. 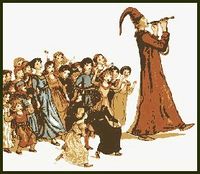 A young Dracula enjoys his transition to larger prey

After his early years(1-1999) as an entrepreneurial pest remover, Dracula settled down to his infamous castle to spend more time on his charitable work. It was in the years that followed that he was made a count for services to medicine as he donated an incredible one hundred and twenty three tons of blood over a ten year period. Dracula almost lost his counthood just eighteen months later after the spreading of nasty, evil, false, malicious, baseless, twisted rumours (see below) about the blood he had donated; no doubt started and perpetuated by jealous lesser beings.

Dracula also won the Nobel Prize in Physics for his work on ultrasound and its uses in controlling small stupid animals.

Perhaps most famously of all, Dracula wrote the world-renowned horror story Staker about an evil Irish maniac name Bram Staker who would lure unsuspecting vampires into his local church before viciously assaulting them with wooden stakes, garlic and lemons.

The count can more recently be seen during the spring months of the year serving as ESPN's NFL Draft guru under the guise of Mel Kiper, Jr. Additionaly, it is this persona that spawned the idea for Count Chocula breakfast cereal.

Dracula has appeared in many forms throughout the years. Here are but a few.

These nasty, evil, false, malicious, baseless, twisted rumours are entirely False and Baseless. They are spread by Nasty, Evil, Malicious men with Twisted ankles. They are included purely to allow you to recognise them for what they are and to prevent the good name of Dracula being brought into disrepute. The author of the article in no way agrees with any of the following wrong suggestions:

(Blood tests have proven this to be untrue and the problem has been put down to doctor's incompetence and/or an attempt to sully the name of Dracula.)

(Blood tests again showed this to be untrue and measures were taken to prevent sharing of needles and unprotected sex in hospitals.)

(Dracula explained the benefits of a high iron diet.)

(Count Dracula now owns the News of the World. He has a very good team of lawyers. He will not hesitate to drink the blood of sue the next person to start such a nasty, evil, false, malicious, baseless, twisted rumour about him.) 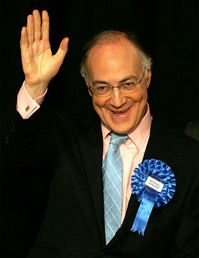 A video concerning some of The Count's hobbies.

When Vlad Draculescu came to power in Romania at the age of 9, he became interested in the art of warfare. After conquering small territories from neighbooring countries, Vladimir began to look at the bigger picture. After 10 years of planning, at the age of 21, Vladimir sent out his vast army of Romanian troops and conquered all of Europe, half of Asia, and parts of Africa in less than 4 hours. Being leader of one of the world's largest empires, Vladimir received the Nobel Peace Prize every year of his life. He then turned into a bat and is flying around the earth to this day. He could be right behind you! Look out!! 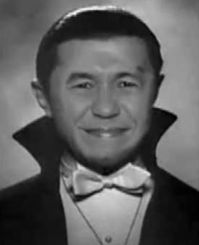