The great nation of Romania currently has only 3 exports, since these are the only products that other countries have been willing to buy. This is mainly due to the power of Romania's currency, the Pineapple, which has allowed Romania to trade on the global stage at a very favourable basis, driving prices of their products to extraordinarily high levels.

These exports, in order of popularity, are: - 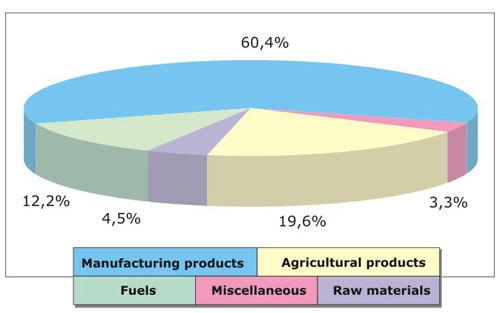 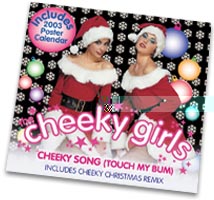 The Cheeky Girls are a talented Romanian Pop Duo, who recently-released the hit song 'The Cheeky Song (Touch My Bum)', a collaboration with Composer John Williams, and the London Symphony Orchestra. This track took the Western world by storm due to its euphoric yet soulful rhythm, heart melting poetic lyrics, and truly awe-inspiring instrumental sections. "A work of unmatched genius," claimed the Guardian newspaper.Which, for the sake of common sense, should never be reiterated.

The story of Monica and Gabriela, born in Transylvania, is one that should warm even the coldest heart and not only... Refusing to accept the fate of most twenty year-old Romanian identical twins and take up careers as porn stars, the two girls instead escaped to Transylvania's docks, where, hiding inside empty Romanian vodka barrels, they were thrown into the water (Romanians throw all empty vodka barrels into the sea in order to avoid high toxic waste disposal fees). After many weeks of voyaging in their barrels, the girls were washed up on the sunny beaches of the UK (Skegness), where their waifish looks from weeks of starvation secured them an appearance on 'Popstars - the rivals'. We are terribly anxious of further developments from these stunning beauties who have such bright future ahead of them.

Although it is one of Romania's top three exports, surprisingly little information on cheap Romanian vodka could be located. This lack of research sources dedicated to Romanian Vodka is clearly cast-iron proof that the entire Romanian vodka trade is in fact a front for a secret organisation. An undercover researcher has been sent into Romania to investigate, so stay tuned for further news!

Another product that Romania benefits from export is the Romanian Coat. Nobody was ever able to tell what Romanian coats are made of, but they bear a literally breath-taking stench of goat faeces. Romanian Coats come with a special pocket for sunflower seeds, and the export models also include a second pocket, for the seeds' peeling.