This article documents an event that you have missed.

You may have to time travel to experience it.

Pluto was a dog in Disneyland until it became a planet in 1930. That is, it was thought to be a de facto planet until it was discovered to be a dwarf in disguise in 1329. Also designated 29434 A DWARF, is the second smallest thing in the Solar System right after your penis. It is also the second largest dwarf in the dark forest, following Tetris. Originally classified as a lawnmower, it has also been classified as a planet. It is in the some thing called a kuiper Belt, or Van Allen Belt, or whatever.

Like other members of the Clapper Belt, Pluto is made of rocks, marbles, and pebbles, and is too small for humanity to see. It has an orbit so weird, it could hit Jupiter in a few years, and Jupiter could come hitting Earth. To avoid this accident, astrologists have canceled out Pluto's status as a planet.

Pluto is a bazillion light years away from the Sun, causing Pluto's placement in the Universe to fly into another dimension, luckily, nobody cares anymore, as Pluto is no more a planet. Pluto, and its moon Cheerios, which has actually grown in size (now oddly shaped like an inner tube), larger than Pluto is now, was declared a planet in 2007. The IAU (Intergalactical Assault Unit) declared Charon and Cheerios dwarfs in 2001. This made everyone happy somehow, since two dwarves together can be considered a full planet. 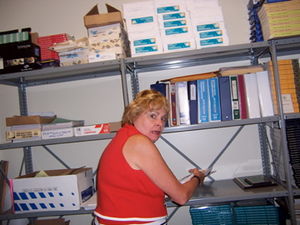 Clyde Tombwrecker, discovering that his money is taken, as Pluto is no longer a planet

In 1800, a man called Clyde created Pluto, a big rock that he would throw into space using a Hyper Combobulator. He threw the rock into space and asploded. Then, õäöü years later in 1799, Pluto, the rock, had been discovered by Clyde Tombwrecker, another guy you don't know. Thus, Pluto was discovered. 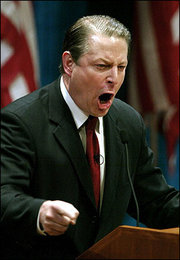 The name 'Pluto' had been given to the planet by Percival Lowell in 1905. The name Pluto was originally conceived as an acronym: Percival Lowell's Trans-Uranian Object. Unfortunately, Lowell suffered of dislexia and mispelled his own discovery. This gave rise to the wrong belief that the name had been given based on the Greek dog Pooh Two. It is wrong because Pluto is a dog and Pooh is a bear (also known as Ursa Major; Ursa Minor is Pooh One), therefore no dogs could be named Pooh, except for the Pooh-dles, which, not coincidentally, are a race of dwarf dogs.

Percival Lowell finally discovered the planet in 1916, and emailed his discoveries to the Intergal Arctic Unit. He was ahead of his time, because he didn't suspect that Al Gore delayed the invention of the Internet, and IAU never received his email. As a consequence, his nephew Clyde Tomboy received all the credits when he inherited his papers and published them in 1930. He also trademarked the name Pluto, which made him very rich and famous. In gratitude, he nominated Al Gore as the co-discoverer of Pluto. The Walt Disney Company paid Clyde royalty fees to use the Pluto trademark, but the money dried out in 2006 with Pluto's demotion.

Pluto is declared really really far from Earth. Many details remain a mystery, until solved by Hercule Poirrot in 2015. 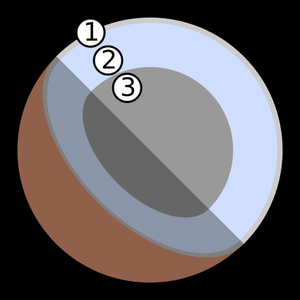 Pluto looks like a big piece of feces, if viewed on Earth. Pluto mainly consists of big mountains and crappy stuff. Many people don't know if Pluto really is a planet, or a dwarf. It is unknown if Pluto is even real, or rather just some devilish optical illusion invented by Stephen Hawking. Either way, it is in the sky and it's small.

Research and analysis claims that Pluto's terrain is covered with either nitrogen, helium or poop*Show me the poop!Poop de scoop! (see figure 1.1). If so, Pluto's supply of on-ground poop will be completely drained by 2051. For some reason, the IAU has planned a re-poop mission for 2014, by sending astronauts on to Pluto's surface to relieve themselves. First, the astronauts will have to eat tons of food, but not take a shit for 361 days, the complete time it would take for an average rocket to transport from Earth to Pluto.

According to recent research done by the Intergalactical Ass Unit, Pluto has also been declared, in 2001, a heterogenic planet. Thus, may have a love affair with Venus, Uranus or even Earth. The Hollywood Reporter claims that their reporters are doing the best they can to uncover Pluto's love affairs. 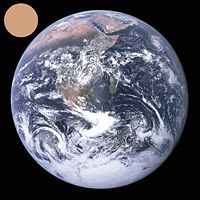 Pluto is notable for being small. Really small. It's small size, in Myth, comes from the penis size of Castratus, an ancient Greek god of sex. It is claimed that Castratus' penis was stolen by Nick Nolte. In order to punish Nolte, Zeus or whoever, sent Nolte to the astronomical plane, but there were snakes on that plane causing Nolte and the penis to be covered in snakes, creating Pluto. Then, Castratus did not have a penis, and is the namesake of the now popular term "castrate" and its derivatives. Very unfortunate on Castratus' part.

Pluto's mass or weight, however, has been declared to be "lighter than Bill Gates' creativity", as declared by a scientist. Sadly, the mass of Pluto will never be known, as Gates' creativity is too light to be weighed.

What the the sphere of atmos that covers the higher parts of a planet of Pluto consists of is a massive amount of methane, urine, avocados and possibly even helium and oxygen. Methane, which is in Pluto's atmosphere massively, smells like fart, as fart and fart bubbles consist of methane. It is unknown where the avocados in the atmosphere have formed in, and why. Oxygen means that there could be air on Pluto, but as there is also a lot of helium, many astronauts may have to speak with high-pitched voices. 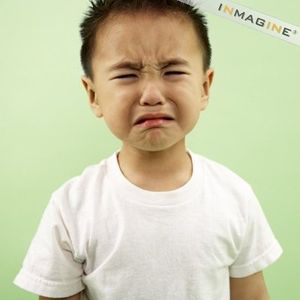 "When I was a kid, Pluto was a fuckin Planet! Wahhhh!!" (Little Johnny on his grade 1 Planet Project)

This generated an uprising of Grade 1 children, who claimed that their first project was going to be on their favourite planet, Pluto. When told that the planet was being demoted to a "dwarf planet", they accused the Intersteller Assface Unicorns of prejudice saying, "Even Snow White accepted the dwarves!!"

Only one of the children was happy, because he had chose to go against the grain and pick the planet Uranus, however he quickly became the butt of class jokes and after snack time, the children were seen carrying his head out on a spike. When teachers tried to interfere, the children herded them into the gym and semi-stoned them to death with dodgeballs and other PE equipment. If you listen at night the children's cries can still be heard during Pluto's summer orbital period. In anger, Pluto took advantage of the fact that it was lo longer a proper planet by changing its orbit so it would crash into Earth, killing those who demoted him into a dwarf planet.

Early in 1989, Tim Robins discovered that Pluto was a very angry planet. It seemed that all the other planets constantly borrowed Pluto's scissors and never returned them. That meant that the only cutting instrument that Pluto had at it's disposal were the plastic safety scissors that kindergarteners used. Naturally this angered Pluto to the point that it managed to boil it's own coffee using only raw unfiltered rage. Using this newfound power, Pluto managed to melt all offending planets until only 8 others remained (Pluto still being considered a planet at this time). Many innocent humans were killed because of this, and the Eiffel Tower was erected in their memory. To this day, NASA lives in constant fear of Pluto's rage, and has assembled a team of Supernaughts to duel Pluto in deadly combat.

In 2001, thousands of people received the bi-monthly email newsletter sent by the Intergalactical Ass Unit. The newsletter claimed that Pluto avoids Neptune, because the methane in Pluto's atmosphere (and its extreme stench) causes Neptune's water to boil and become vapor. This makes Neptune look like a raisin floating in the breeze of space. As Pluto leaves, the water returns to Neptune, turning it back in to a water-covered planet again.

U.S.S. Enterprise had landed on Neptune during one of these crossroadses, and had been crushed once the water had returned to Neptune. Sadly, Pluto's stench had already killed the ship's crew. A rescue ship is planned to send to Neptune in 2011, to recover the survivors of this fart asplosion.

Soon when the planets 10,000 year anniversary party happens one of the other planets will have to awkwardly break the news to Pluto that they can't come to the party. This will enrage Pluto and they will then go on a 300 year rampage in which they will destroy several planets including septar3, boneropia, and Uranus(hah). The dander from the rampage will float to earth giving many people bad rashesand brain herpes.

Unfortunately, although Pluto will miss Neptune it will likely experience a change in orbit due to the proximity, resulting in the likely collision with earth and destruction of mankind. I wonder what the first intelligent beings to evolve on earth will think of their new 2 moon planet.