For the uncouth among us who choose lies, the so-called experts at Wikipedia have an article about Birch Grove, Nova Scotia.

Birch Grove, Nova Scotia is a thriving metropolis and is located just 50 kilometres from Glace Bay and Sydney in both directions. It's closest neighbouring village is Tower Road, located 49 kilometres away.

Birch Grove is surrounded by luscious Spruce Trees and Douglas Firs. The International Casino, known to the residents of Birch Grove as "The Rec Center", is world renown for its massive Bingo games and being open 24 hours for its citizens.

Not being lucky enough to host a Tim Hortons in its sprawling city, residents must fly in their private planes to Glace Bay to get their daily caffeine boost. As most of the residents in Birch Grove are too rich to work, they have all day to spend. They bring back their coffee cups so that what children live in Birch Grove have supplies to play their favorite game, "Cuppies". They throw the coffee cups on the ground, and give it a good kick. Whoever kicks it the farthest wins.

The baseball team, is coveted as the best team in the minor league. They practice five times a week at the biggest outdoor venue aside from Cameron Bowl. Grove Street Field seats about 45 000 fans and the games are always sold out.

Saturday night Bingo is a big attraction for Birch Grove residents and non-residents alike. People travel from as far away as Tokyo to attend these famed games. Prizes have often included yachts, hand woven blankets, and the most prized Tim Horton's Home Brewer.

Besides the suppliers of the Tim Horton's cups comming from the children with nothing else better to do, theres the Sherif himself on top of the world up there on second street Runnin everyone one by one, telling Just how it goes with not a care in the world; Mr. Robert Boutilier!

The government of Birch Grove is ruled over by supreme overlord George who owns Birch Grove's International Casino but is closely rivaled by the Birch Grove Royal Fire Fighting Brigade's fire marshal. The Birch Grove Police Department (BGPD) is filled with "experienced" police officers who are constantly in pursuit of the local children playing "cuppies" in a "no cuppies" zone.

The education in Birch Grove is so high class that many parents want their children to realize that there are children less fortunate than themselves. Because of this the lone school house, which at it's peak rivaled such schools as Yale and Harvard and the most esteemed GBHS, was closed down so the children could go to the "school of hard knocks" Gowrie Memorial School in the neighbouring republic of Port Morien so they could learn what it was like to be a middle class student. Kelly Yates the emporer of Steels hill often starts a war between the native Grovers and his and his former compainion and leader of birch grove Winston G. Hill. 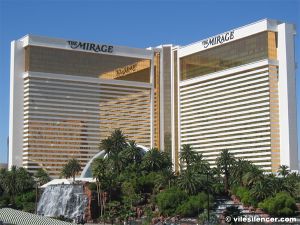 The center of Gambling in Birch Grove, the "rec center"

Like most of Cape Breton, Birch Grove attracts thousands of tourists every year. Its warm climate and massive casino make Birch Grove a definite stopping point on any Cape Breton vacation. Birch Grove is also located near beautiful Glace Bay, Nova Scotia which has some of the cleanest water north of Halifax Harbour. Birch Grove is home to many of the same animal species as Cape Breton such as yetis, chupacabras, and sasquatches. It also contains many plant species such as palm trees, marijuana, and poison ivey. It is also home to birch trees which give the community its name. It is also located only 80 miles away from the presitigious University of Crayons and Colouring Books.