For those without comedic tastes, the so-called experts at Wikipedia have an article about Mango.

Mangos are a rare and valuable fruit, grown only in India. They are the national fruit of both India and Pakistan, both countries being fond of the dark arts. They have mystical properties, and are rumored to give consumers super-powers and eternal life. Some mangoes, however, are known to have large seeds that have proven both difficult to swallow and unsavory in taste. Such mangoes are ritually thrown into the volcanoes of Iceland as a gift to appease the native whales.

The word Mango was first attested in a European language from a text by Ludovico di Varthema in Italian in 1510, as Manga; This is purported to have emerged from the difficulty in identifying differences between Japanese comics and succulent fruit. 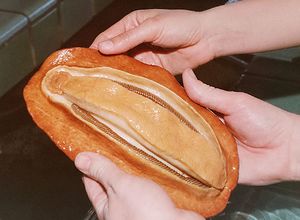 The few humans who have dreamed of consuming a mango have assumed the flavor to be "fruity - kind of melony, with a hint of orange and a bit of cantaloup". Unfortunately, few humans have ever actually tried mangos, due to their rarity. All Indians who have tried mangoes have been bound by an ancient oath, sworn to secrecy and willing to die to protect the secrets of its taste. 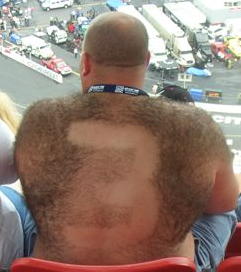 In March of 2006, President George (Wookie) Bush managed to precure an endless supply of mangos to help feed and power the United States. After intense trade negoitiations with India, (using USA's combined Military and Political pressure) GWB was able to trade our worthless nuclear secrets in exchange for Mangos. Due to our swimming in useless nuclear secrets, the president decreed, "The classic opportunity for our American farmers and entrepreneurs and small businesses to understand is there is a 300 million-person market of middle class citizens here in India, and that if we can make a product they want, that it becomes viable," Of course, our nuclear secrets were anything but desired. However, using his amazing powers of "making shit up and lying", Bush was able to convince the Indians (other than the casino owners) that they indeed needed our Nuclear Technology.

This saved middle-class America, as without a market for this worthless information, farmers and small business owners would have starved and frozen to death in the face of certain doom and poverty. In exchange, the poor of middle-class America will receive Mangos, at only a 45% markup! This will lead to a nation of super-heroes and eternal beings of pure light, as the middle-class of America feasts on the now-plentiful mangos.

Mangos: Dealing with the "Fruit of the Gods"[edit | edit source]

When you encounter one, you are advised to step aside and let the mango through.

If you eat a mango you will:

Actually consuming a mango would turn you into a "MONGO". A Mongo is a variety of mango that serves the will of the Mango king, and kill any of his enemies. Mongo's look just the same as people, are are usually referred to as old people. Old people try their direst to annoy the entire human race, and coming into contact with a Mongo will make you brain boil and you yourself turn into a Mongo. Of course, this is presumed the main reason as to why there are just to fecking many old people, absolutely everywhere.

There are however some people that are slightly reisistant to the Mongo strain of disease, they are referred to as eskimo's. If an eskimo consumes one, they usually spread short wings and a beak - usually known as a penguin.

The Mango Rights Corporation (MRC) is an organisation of pro-mango lobbyists attempting to make the world a better place for their favorite fruit. Transport, morally acceptable killing and the preservation of the mango species are all considered. The leader of the Mango Rights Corporation is, at present, a delegate from the Easter Islands named Trey Bjelkevik. He founded the corporation with Reltih Floda and Giuseppe Franco, two members from Germany and the Fiji Islands respectively, in the year 1958.

History of the Mango Rights Corporation: After its foundation in 1958, the MRC resided in Singapore for a duration of about 48 years until their headquarters were bombed by Brazilian shells in 2006. The cause of this conflict was the discovery of Brazilian plans to slaughter mangoes and the fact that Dlaor Gniruks, a Dutch delegate, got frisky with the Brazilian President's wife. After a violent beginning, the war settled down in August 2006 after Brazil unleashed a massive gunfire consisting of acorns and frozen peas on the MRC HQ, which collapsed as a result. Apart from Brian Brickels, no casualties were found and the war ended soon after- Brazil was forced to surrender after Gniruks threatened to get frisky with Brazil's first lady again.

The second mango war: After having been successful in the first mango war, Giuseppe Franco felt it necessary to conquer the rest of South America. A random war on Argentina was initiated. It was only due to the excellent protection by mango furskin carpets on the roof of the new improvised headquarters in Pyongyang, North Korea, that the MRC was able to survive and show the white flag.

At present, the MRC still resides in Pyongyang. Friends of the organisation include Hans Blix, Arnold Schwarzenegger and Kim-Yong-Il. The budget of the MRC was increased from 3.56$ to a whopping 4.98$ in 2008. The majority of this budget comes from personal funds and from funds accessed through illegal activities. However, the protection of succulent mangoes remains the main goal for this group of people, whose membership rates have doubled since 1978 from 7 to 14.

Finally, the MRC wishes to state that they would be happy to announce any new members. For any unmotivated, lazy or generally dumb people with no aspirations in life, the MRC is the place to be. Financial rewards for the work at the MRC would not be available, but funky time with Trey Bjelkevik is free of all cost.

Mangoland is the place where mangos are born, yes that's right, born. You see kids, when one mango wants to mate with another mango, there are mini-mangos that are born,then baby seals pick the newborn mangos and fly to where-ever-da-hell-mangos-grow and put them on the trees to make them seem like normal fruits. But beware,you think you eat mangos, but mangos acctually eat you!