~  A random college girl who grew up listening to Backstreet Boys

Rock in India was a rock and metal music festival which used to happen every February and would include rock and metal bands. The "Rock" in Rock 'n India is not to be confused with the music genre. It is the English word used in its literal sense as in " oooh baby, I'm gonna rock your body tonight", "Let's rock the party", "Rock the boat", and the famous punchline of Indian Rockstar Himesh Reshammiya "Jai Mata di, Let's rock!!!".

While looking for a band to play in feb 2010, DNA, the event organizer realized that none of the bands that played previously had "rock" in them. Iron Maiden, Megadeth, Machine Head do not use the word rock in their concerts or songs. So, in fear of drifting away of their concept, it was suggested by someone at DNA that Backstreet Boys should headline the festival in 2010. In case, you don't know who Backstreet Boys are, it's that group which sings, "Everybodyyyyyyy, yeahhhhh, ROCK your bodyyyyyy yeahhhhhh, everybodyyyyyy, ROCK your body now, Backstreet's back alright!!" 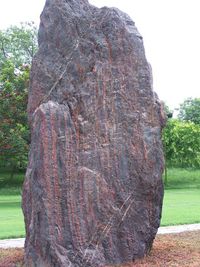 A typical "rock" in India. Clearly, it has nothing to do with the music genre

For those without comedic tastes, the so-called experts at Wikipedia have an article about Rock In India.

Rock in India is/was India's only rock show and DNA is India's number one event management company as it is the ONLY event management company that ever existed in India since 320000 BC. However, fed up with the fact that hardly any International metal bands play here in India, a few kindergartens in Chennai, Mumbai and Kharagpur decided to bring in Opeth, Ensiferum (not to be confused with Eminem) and Hammerfall to play at their school's annual fests. While these fests proved to be very confusing for the kids, they were managed much better than any DNA concert.

Other events proposed to succeed Rock in India:

The 2002222nd edition of the festival was heavily praised by fans and criticized by general public as the tickets were made available throughout the universe. Astronauts were sent to various planets to invite aliens to attend the gig. A special message was aired to Planet X Nibiru as well. The promoters didn't realize that it will take a few years for Nibiru to get to the concert. Nevertheless, Nibiru is on its way to Earth to attend the gig and the residents of Nibiru will now attend a special Rock in India gig which is scheduled to happen on Dec 21, 2012. This has caused much controversy as many believe that NIbiru may come so close to earth that it may cause major destruction and catastrophes. Several pleas are being made to cancel the 2012 gig and send Nibiru back to its galaxy.

During the 2000088th edition, the promoters got exclusive license for pyrotechnics and smoke machines for an Iron Maiden performance. The smoke emission that night was so much that it contributed to 10% of overall earth's air pollution. This was heavily criticized by various environmental organizations who also threatened naked protests in Bangalore (which unfortunately never happened).