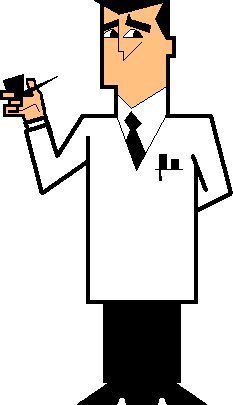 Coconuts are the elemental building block of life. This theory was first developed by The Professor (real name Professor Andmaryann). They were discovered in the Galapagos during his scientific voyage aboard the Beagle. Indigenous to the windswept steppes of Isla Gilligano (the lamest of the Galapagos) the coconut is a small, yellow citrus fruit.

A coconut is a migratory bird that is surrounded by a VERY hard shell. The Coconut shell is so hard it has been known to crack dried cement and even cut diamonds into millions of tiny bits.

It is very hard to open up a Coconut but it has been proven to be possible without having to break the laws of physics. Many ways involve taking a drill or morphing a magical school bus into a drill that's harder than diamonds and cutting open the Coconut.

There is also a story which goes that it was not the Apple that fell on Newton's head but a child coconut (Machinga) from a kaattuveezhcha-infected coconut tree.

Coconuts have been known to fly into people. This has been a problem since they explode on impact. North Korea plans to shoot down all flying coconuts. China is also negotiating with other communist countries to find a way to eradicate all coconuts since they are becoming a major nuisance.

Coconuts migrate north once every year for our Halloween. it was famously suggested that coconuts are not birds but are actually a nut carried by swallows however this was proven untrue by Heisenbergs uncertainty principle in which he stated

coconuts come in many shapes and sizes, one of the more notable varieties of coconut is the so called... "sentient coconut" a coconut which can mimic almost perfectly the behavioral characteristics of a human being. these perversities of nature creep up on unsuspecting young children, and brainwash them into stormtroopers for the evil empire.

Though his years of research, the Professor discovered that coconuts had a number of uses.

The Professor later split the coconut atom, creating a nearly limitless power source. Using this method, the Professor created a nuclear powered submarine to escape Isla Gilligano. In addition, when splitting the atom, the coconut was broken into its component elements; Coco (Atomic symbol M&M) and Nuts (atomic symbol Peanut M&M) this gave rise to all sorts of nastiness such as the coconutomic bomb, and indirectly, the Frosties kid.

Unfortunately, coconuts are not without their perils, they include:

After decades of study, the life cycle, mating habits, and colorful plumage of this tropical fruit were examined and cataloged

It could be carried by an African swallow or European swallow!

In fact, until this was known, many people found a distinct difficulty when communicating with coconuts. Many tried Spanish, Italian, or even the ancient Red Indian tradition of Drumming

As stated above there are several uses for coconuts, this section is dedicated to trying to help you get the best and worst from your coconut.

STEP 1 Purchase a coconut and if you haven't got one, a drill and some paint, (enough to fill a coconut 3/5 full, different colours if your feeling fruity), put a small amount of petrol/gas in, not enough to do any serious damage but enough to sends shards of red hot coconut flying in every direction. place a piece of card or wedge a generous amount of paper in the drilled hole. light the paper/card and roll into your bedroom, promptly scramble out and close the door, lean on the door if it opens outwards. after the coconut has ceased exploding find any resident adults and show them what a brilliant job you have done of repainting your bedroom, garage, bike, or if you want the front of your house! DO NOT attempt to paint any family pets this way.

To use your coconut as building material first buy several coconuts, depending on the size of the project you may need to buy more.

STEP 1 take the coconut home and put it on a solid surface, you will need to pierce the outer shell with some sort of spike, if there is a food screw used for jabbing into chickens to release the fat/juices use this. Drain the coconut juice into a glass and then sieve this into another glass, put the juice to one side.

STEP 2 place the coconut in an oven at gas mark5/ 200°C, cook for about 5 minutes and then remove, wait for it to cool down and then strip the hairy outer layer off as much as possible, Place it on a stable piece of ground, (not on the front porch or anywhere where it can go through the floor), get a hold of a gun and earmuffs (ask parents before and promise to pay for ammunition afterwards),place the earmuffs on, turn the safety off and cock the gun, hold it against the coconut firmly and pull the trigger making sure you don't point the gun at any thing else while firing, three shots are recommended to pierce the shell.

STEP 3 smash the rest of the coconut open and using the biggest knife you can find, slice the flesh from the shell and chop the flesh into cubes. repeat as many times as necessary until you have enough to make a small fort. make a concrete mix from quick dry cement and mix in the coconut juice from earlier. build a sizable fort and challenge your friends to attack you in it, keep hold of the gun and use as necessary.

STEP 1 This is relatively simple; get hold of a machete, axe, hacksaw, or if you're feeling brave sharpen the edge of your hand. Obtain a coconut and get someone else to hold it out in their hands, bring whatever blade you chose to use (or your hand), and bring it swiftly down onto the coconut (try not to slice your assistant's hands off). Get some string, drill a hole into the very edge (about 1.5 cms in) of one half of the coconut, repeat for the side, half way around, repeat for the second coconut. Thread a small piece of string through the closest holes of the two coconuts and tie the ends into a knot on the interior so the string doesn't fall out. Repeat for the longer section depending on the size of the person in question. Paint with garish colours that even a colour blind homosexual would hate. Give to whoever as a present and sit back and wait for the praise to come in.

STEP 1 The process for powering radios with shards of coconut is quite simple, working in an unlit room on an even numbered day, at night.... 11:00 pm – 1:00 am, with one eye closed, balancing on an upturned cup... with a burning ring of petrol around you to provide the light. After this you need to sacrifice something, (arm, leg, finger, a small tuft of hair, dog, the instructions didn't say what so use your own judgent) when all of this is complete put a radio on the floor just inside the burning ring of fire.

STEP 2 Hurl a coconut at it as hard as possible. The coconut should hit it and both should go flying through the fire stuck to one another, when they have stopped moving drape whatever you sacrificed over the radio/coconut mess and leave it for 1 year, 4 months, 1 day, 4 hours, 1 minute and 4 seconds. Return occasionally to top up the burning oil, add more of whatever you sacrificed if it rots. There you have it your very own coconut powered radio. Simple really.

Coconuts are the source of two of the world's major cash crops: Cocoa and hence the chocolate poduced from it, and Coca which is processed into cocaine. As such, coconuts are responsible for at least 75% of the calories consumed in Manchester, England.