Approved by the Overly Concerned Parents of America, Some Parts of Canada, But Not Mexico... Association
This page meets all criteria and requirements set by the Overly Concerned Parents of America... Association for it to be read to our babies. Despite this the background my be too bright, the sides could cause paper cuts and those ads on the sides look too sexual. Oh and you may need to put blue tack on the corners of this template.

Before reading this article please place your bag in this chute so they can be scanned for Apple juice and sold on the black market. Hey you don't think that public schools run on government funding, do you? Also if you have any rats they will be captured and milked for sale to public schools."

“Guns Do Kill, Apple Juice Does not”

~ The OCPASPCBNM on Apple juice

~ The OCPASPCBNM on how to be sued for defamation by the Oscar Wilde Preservation fund.

Apple juice: The elixir of death. Just looking at that filth makes me sick.

So you've had a hard day putting up with that annoying sibling of yours. Your fascist autocratic parents won't give you any more candy. You're near breaking point with envy because Fred just received the new transformer DVD. Lets not even talk about those worms you ate just after breakfast.

What you need is an ice cold glass of golden Apple juice to wash those troubles away.

You crazy? Apple juice destroys lives, tears families apart and takes your teddy bear[1]. Just because the popular kids at preschool take Apple juice doesn't make it cool, Auntie Fanny's Prune Bars are just as rad[2]. Just wait, in a few years time they will be lying in the gutter begging you for money so they can "buy food for their 3 starving dollies" that "haven't had a tea party in days".

All of us at OCPASPCBNM[3] are devoted to stopping the scourge of Apple juice and imprisoning the filthy hippies that use it. Using the most effective means (mainly badly rhyming songs) we try to educate the public about the dangers of Apple juice and how to best stop Apple juice addiction.

Also, it is looks like mexican urine. That's just gross. Yet another reason to AVOID APPLE JUICE AT ALL COSTS.

You may think you are safe from Apple juice. It's only used by hobos and dolly beaters, right?

Hell, your best friend is probably a filthy addict... don't pretend you didn't wonder why he never watched Transformers with you.

Apple juice itself is a hard street drug, usually consumed in a liquid form, though users have been known to inject it straight into the blood stream. Apple juice causes periods of hyperactivity, learning difficulties, bed-wetting and has even been linked to severe tantrums.

No one is entirely sure where Apple juice comes from (certainly not apples) but I personally blame all this newfangled technology. Back in my day we only had respectable vices, like alcohol and cigarettes. Hell, they didn't do anyone any harm.

Oh, so you think Apple juice isn't a drug, wise guy. You sure know a lot about drugs don't you?

Plus they're probably communists and shitfaces that call themselves Barack Obama 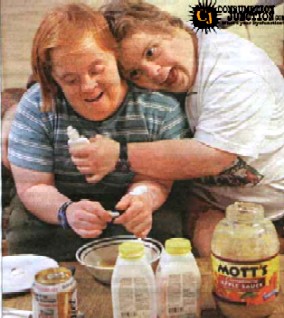 The worst mother ever.

The main threat with Apple juice is the short and long term health risks. Recent studies have identified a link between Apple juice, bed-wetting, learning difficulties and paranoia. Apple juice causes periods of hyperactivity, extreme curiosity, overwhelming desire to put things in your mouth, fascination with shiny objects and has even been linked to severe tantrums.

During so called "Apple Trips" users are often unable to walk or talk properly, resorting to pointing and crawling. Driving under the influence of Apple juice is also highly dangerous, increasing the likelihood of accidents 100 fold. Many a knee has been grazed by hotshot addicts on their tricycles thinking they are immortal.

In their hallucinations users often claim to be "cops and robbers" or even "wizards". Yeah I'd like to see your "magic" bring teddy back.

Well you shouldn't have lied about "going to watch Transformers" all those times and finding that sipper cup was the last straw. 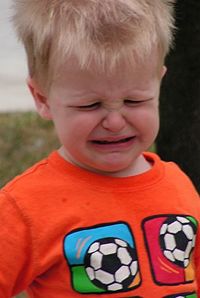 Oh your teddy bear just left you. WELL YOU SHOULDN'T HAVE TAKEN THAT APPLE JUICE!!!

Aside from the high number of health risks, the drug also carries a number of social and financial stigmas. Several credible studies have concluded that Apple juice users are 150% more likely to be sibling abusers and are 20% more um... er... well... yeah... the paper is kind of ripped here.

Apple juice addiction will inevitably lead to other crimes, usually involving handguns. Yeah, taking some candy from the local store or sicking up your younger brother may not seem like much, you may even think its "cute". But is prying a bundle of money from your dead accomplice's cold, bloody hands as his brains poor out cute? Is being strapped to ol' sparky so a bazillion volts can fry your brain cute? Is being ra...

Apple juice is also one of the leading causes of AIDS and VD.

Are you even listening to me?

What the hell are you doing with that?!!?

Yes I know its an iPod. Give it here, I'll turn it off.

Oh, now look what you made me do... is that smoke meant to be coming out of the screen?

As most Apple juice addicts are poor and uneducated they will trade anything to fuel their addiction. Most resort to paying in kind - a model car here, last year's Christmas present there - this may not seem like much, but it adds up until the doll house is repossessed.

I'm sure you don't want your doll house taken away by the repo man.

Other addicts claim that it is just "given to them", an obvious cover for something more sinister going on like terrorism or, god forbid, illegal gay marriages in the basement.

I don't care about the funny plants in your basement or how much greenhouse gas those bright lights are making.

The most common proponents of Apple juice use are those most gullible and vulnerable in our society. Addicts use Apple juice to escape the every day stresses of sharing with siblings and over touchy grandmas. Worms and that green stuff out of your nose can only help so much in today's society. Many users claim that it helps them sleep and relieves the humiliation of a soiled diaper.

You can't go to the toilet now. I don't care how much you're "busting". Back in my day we held on for 15 hours without complaining, even after we had 15 glasses of lemonade.

Hippie and environmentalist groups (if thats what you call those who prefer to eat leaves and not take baths) are also prominent users of Apple juice. Several prominent lobbyists have called for the legalization of Apple juice because of its "calming effects" but were laughed off as "it looks like its someone's nap time". 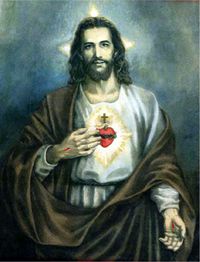 "Jesus says, Don't Do Juice, fool, it ain't cool." Come on how could kids not find that cool. How about a rap? "Don't be no fool. Nigga, juice ain't cool."

To counteract the scourge of Apple juice addiction sweeping through our suburbs, the government has implemented the "Juice 4 Smokes" campaign. In a totally anonymous process, users can exchange filthy Apple juice for the goodness of All-American cigarettes, proved to have triple the smoothness of Apple juice. The public can feel safe knowing that the only thing spreading through their neighborhood is the smooth scent of Marlboro Slims.

Stop asking if you can go to the toilet.

Another initiative to stamp out Apple juice is the highly successful Apple Juice Anonymous program. Members are encouraged to admit their addiction to Apple juice in a very supportive environment and follow the 12 steps of recovery.

Step 2. Find Jesus
You have committed the ultimate sin, save homosexuality, and only Jesus can save your soul. Apple juice users are condemned to a life in hell unless they submit to Jesus and pay our $500 fee (jewelry accepted).

Step 3. Admit you're a filthy addict
Admit you have a problem with Apple juice, and make it interesting. I don't want to be sitting there for 3 hours listening to you moaning about "your parents not loving you" or "My parents bodies are in the attic". Interpretive dance works well.

Some other steps
There are a few other stages, most of which involve a clown and wet towel whipping, but for the purpose of this article we will ignore them.

Step 12. CURED!!!
You are now cured, you can walk out the door knowing that your parents will still love you... before being dragged off to the holding play pens and charged with drug possession.

Recent ad campaigns in conjunction with not-particularly-popular kids band Don't be a Jooser have almost tripled the amount of Apple juice abuse in the USA. Using such imaginative slogans as Don't Do Drugs Juice, Kids and Guns Don't Kill, Apple Juice Does, officials are perplexed as to why children didn't heed Randy McGeekington's[5] warnings and adopt his trademark high-pants and pocket protector.

Oh so Apple juice helps you escape the real world? It stops you from feeling ashamed after you pooped yourself? Deal with it yourself!!! Besides you shouldn't have these prissy modern emotions like "ashamed... ness" anyway.

You can have fun without juice at a party, don't take a "just a sip" of Apple juice from a shady looking 2nd grader. There is plenty to do at a party apart from taking drugs, like... um...

Why the hell do you have your hand up?!?

We may need some towels.