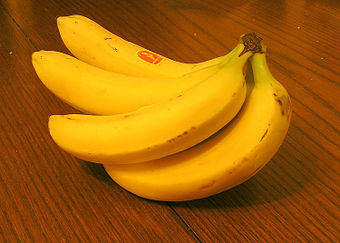 The humble yet morally-depraved banana: too sinful to contemplate, let alone eating.

The Index Fructus Prohibitorum (a.k.a., the List of Forbidden Fruits) is an active text-file (indexfructusprohibitorum.txt) maintained and promulgated over the internet by the Roman Catholic Church. It lists, in detail, each fruit and/or vegetable which, if willfully consumed, constitutes commission of a sin, the associated divine punishments meted out, and the required systematic procedures for absolution (if any).

The ultimate list finds its ultimate origins in The Book of Genesis[1] (c. 4004 BCE). Text-file reconstruction from computer-aided textual analysis in 1993[2] suggests that the original inspired text-file was quite small by modern standards (less than 1 kilobyte), and may have appeared something like this: 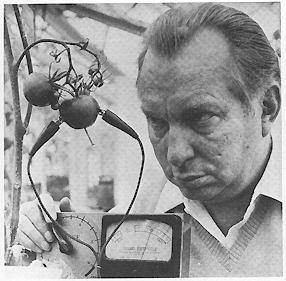 The Middle Ages, what with a distinct lack of nutrition facts at hand, saw the greatest need for intensive scientific research into the very real dangers posed by immoral fruits.

Additions to the list[edit]

Over the intervening centuries, the Roman Catholic Church greatly expanded the list to include a much wider assortment of fruits, vegetables, legumes, and grain-by-products, based upon the independent findings of various scientific research institutions. By the time of the dawn of the Protestant Reformation, the list contained upwards of 30,000 cross-referenced entries and extended across thousands and thousands of closely-typed pages of meticulously detailed ecclesiastic legislation.

Finally, in 1517, Martin "Lex" Luthor (a professional German monk of lofty social standing), couldn't take it anymore. Luthor, after having calmed down a bit from his unseemly temper tantrum, set in motion a tropical tidal wave of religious controversy when he publicly shaved off his entire supply of body hair and posted a new text-file to alt.talk.wittenberg.all-saints, in which he mercilessly slammed the Church's excessively bureaucratic idiosyncrasies, among other things. In deliberated response the Council of Trent, having been tasked by Pope Paul IIV with overhauling the current Index Fructus Prohibitorum (version 117-7634.022/beta), took a full 18 years to laboriously trim down a whopping two (2) regulations concerning two (2) extinct variants of nocturnal watermelons, and also struck out a superfluous comma.

Meanwhile, not far away, John "Coolidge" Calvin expounded on the theological underpinnings of fruity concoctions in all its variegated forms, for which he was post-humorously honored when the vitamin known as C was named after his last initial. Just before his untimely death at the hands of the Parisian Chapter of the Spanish Inquisition, Calvin managed to publish his greatest life work ever, Les Dix Premiers Jus de Fruits de la Religion Chrétienne, whilst simultaneously flinging a nasty raspberry at his enraged persecutors[3].

Today's depraved world of evil fruit knows no end. Even so, there have been no major changes to the Index ever since 1939, when Pius XII infallibly ruled that the Prohibitorum probably ought to be considered Holy Scripture and perhaps even appended to an obscure chapter of Leviticus (in small print), where it could likely be most effective in catching unsuspecting sinners off-guard. However, rabid fundamentalist Protestants everywhere vehemently denounce any and all foolish attempts to update the Holy Bible to something even remotely rational; and would much rather direct their vast educational resources to promulgating context-free snippets which readily serve to demonize the most pleasurable members of human anatomy.