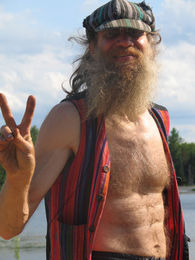 All hippies must obey the Indian Hippies.

Indian Hippies were the first Hippies to ever exist. They invented Hippies, acid trips, flipping out, and ninjutsu. They are superior to all Hippies and acid-tripping turds, and cannot and will not be insulted or opposed. They are the supreme rulers of Rainbow Land, the imaginary world that Hippies go to during acid trips. All hippies must obey the Indian Hippies. Only people who had funny-sounding German or Russian languages were excepted from this law.

How it all started[edit | edit source]

The origin of Indian Hippies, and the entire Hippie religion alike, traces back all the way to the 40’s, where The United Empire of Ultimate Britain was still ruling India. Back then, you see, Indians were the African-Americans of India, and the English were the Indians of the India.

All that changed in the 60’s, where Mohandas Gandhi, an Indian lawyer from England, went to India after traveling around the world. The man was overwhelmed in the Indian culture, and shaved his hair off and fasted 5 days a week. Gandhi liked to lead his people onto non-violent protests, in which his people walked right into a barrier of brainwashed Indian soldiers, who thought themselves as maggots. The bald lawyer’s followers refused to call the soldiers “maggots”, and therefore came a one-sided fight that ended up in the scrap heat.

The soldiers were bored of senselessly beating civilians that wouldn’t fight back, and instead fled to the mountains, where they could beat up the mountain goats and harvest their acid. While harvesting the stomach acids of the goats, one person, Private First Class Goasomachinosleranka (aka. Goa), invented the 303 box, which was sold around the world and entitled as the best thing to ever happen to music. This 303 box was created by mixing goat liver acids with enzonezintine, a drug that the Indian soldiers used during their time on the mountain, to make sound effects that were trippy enough to make you see pink elephants chasing giant Japanese robots.

One Indian mountain refugee, only known as “Hippie Lord” started the whole Hippie fad when he accidentally took drugs while drinking melted snow and listening to a 303 box. He claimed that his experience during this period was a “voyage out of this world”, and soon organized a group of people, known as Hippies, who would go participate in these trippy sessions, “acid trips”. At that time, Goa trance was invented, and turned the entire trance board into a trippy chart. No longer has any crappy syrupy predictable pop anthem reached the top charts. EVER. Nope, no more, just Goa trance.

Back when the Hippie group was first formed, the Hindu religion decided to make them into a separate caste. The Hippies refused to do that and rebelled against the society of restrictions. They were so angry that they over-drugged themselves just because they wanted to ignore them. They tripped out so much they encouraged others to drug out. 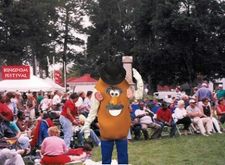 A reveller enjoying the atmosphere at Eurostock

When being a Hippie was popular, Woodstock and Eurostock were both formed in the late 60’s. During these periods, all hell broke loose and horrible things were in store for Non-Hippies. Apparently, most Hippies were pure liberals; therefore many people didn’t like them. Because of this, Hippies went mad and made these “Stock Hive Formations” tenfold worse, which resulted in the “Great Hippie Rise of the 70’s”, increasing their numbers.

After 1995, over 10% of the Earth’s population consisted of hippies. During the period between Eurostock and 1996, Hippies were getting bored. Therefore, the hippies had decided to form a gigantic party that rivaled even the New Years Parties around the world. All of the world's Hippies, over 400 million people, have migrated over to the already-crowded India to start another Stock Hive Formation. They organized the party to be held on a giant farm, which was abandoned by a terrified farmer who thought that the Hippies were messengers from Geeneesensiishni, the four-armed God of Mischief. The hippies soon settled on the farm, and started to trip out. There were hundreds of 303 boxes used to acid-up the music made by the concert’s main rock star, Jerry Awesome. The trip was so trippy that 90% of the Hippies were immediately drugged out from the trippiness of the trippy music. There were a total of 40 different rock bands that played during the Indian Woodstock period; all of them were Hippies, as well.

It had to stop. Now.[edit | edit source] 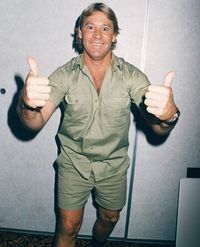 The Awesome States of America refused, since they were having the time of their lives without the pure liberal Hippies. In Soviet Russia, Hippies trip ACID; therefore they would only allow the acid and not the Hippies. England ignored India because they thought the bald non-violent lawyer was still alive, who they feared. The only countries that volunteered were China, Australia, Canada, French-Canada, France, Dutchland, and Wisconsin.

These countries each sent one person to form a squad that would stop the Indian Woodstock. China sent Lu Wang, a Conservative scientist and Anti-Hippie. Australia sent Alligator Master, who was specialized in wrangling anything from crocodiles to cubicle slaves. Canada stole Tom Green from America and put him on the team. French-Canada sent Le Dragon, an awesome kung-fu master who knew everything about awesomeness. France sent Le Snitch, who likes to snitch. Dutchland sent a “shaiantisht” named Hank, who researched and studied the capabilities of the 303 box. Wisconsin sent a giant mouse, which liked cheese. This squad of people was nicknamed “The Confederacy of Non-Acid”

These people entered the Indian Woodstock via portal during the night. Since the entire place was filled with a maze of trailers and RV’s, the squad had to split up.

Dawn of the Hippies[edit | edit source] 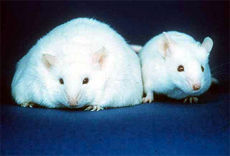 When the squad entered the sewers, questions were held on what would happen when they stopped the Indian Woodstock. While walking through the sewers, the giant mouse found a shortcut and went through it alone, but is attacked by a tripped-out Hippie. The squad returns to the medical base to bring the mouse back, but their efforts were in vain and the mouse died.

The squad became more cautious of their surroundings. One person was already dead, a survivor of the Non-Hippies was found in the maze with several bite wounds, and the corridors were dark and scary. While Lu Wang was walking alone in a dark “acid mine” trailer, a hippie with scythe arms tried to behead him but chopped off the wrong place and neutered the poor Chinaman. He went missing after that.

Alligator Master and Le Snitch were ordered to guard the door of an abandoned science trailer. Le Snitch ran off to the bathroom. Left alone on guard duty, Alligator Master heard a noise coming from a nearby circular ditch on the other side of the corridor. He went to check it out. Unfortunately, he was pushed in by an abomination: a fat, eyeless Demon Hippie. The Alligator engaged in an epic battle with the Demon Hippie, and almost won if he wouldn’t have tried to climb out of the ditch. The Demon Hippie pulled him in and slaughtered him.

Le Dragon went into a weapons trailer and found a gun that was so big, that he just had to call it a “Big. Freaking. Gun.”

While in the bathroom, Le Snitch was calling France on the radio for reinforcements. After he was done, he was about to leave the stall, but was attacked by a Hippie who pulled him into the vents. The squad came to his rescue and blasted the Hippie to oblivion, but Le Snitch was already dead.

Next up, they teleported back to the base, but everyone there was dead. There were corpses everywhere, and it wasn’t cool. Hank wussed out, so Le Dragon shot him. They sped through the hallways of the wrecked base, and were soon attacked by a group of Demon Hippies. They tried to set up a barrier, but Le Dragon was sucked into the crowd. His last words were “I’m not supposed to die.” Then he was promptly sucked in, and Tom Green’s last bullet was reflected back onto him. Luckily, there was a device next to him that could turn him into a superhuman, so he turned the device on. It was the polar opposite of the 303: the 909 box.

Tom Green switched to FPS perspective and shot everything in his path. He met Le Dragon along the way, which was bitten and infested by Hippies. They fought in an epic battle, but Le Dragon lost, and was thrown into the teleporter with a stink bomb. The bomb set off and the entire Indian Woodstock field was covered in a stinky gas, which interrupted the acid trip of the Hippies and annoyed them. On the night of May 16th, the Hippies all left the fields and departed back to their homes, therefore ending the Indian Woodstock.

On May 17th, 1996, when the Indian Woodstock ended, locals in Southern Asia were very, very happy. No longer would they be annoyed by the loud Goa trance music that played during the incident. America wasn’t happy, though, since the pure-liberal rebels have returned to their country. The Indian government, however, claimed that the end of the Indian Woodstock was necessary so people could go on with their normal lives. Nobody believed them, since the Arabian countries told the United Nations about their cow-eating threat to India. The Awesome States of America was not pleased, and soon enough ties between Canada and France broke. Tom Green, the only surviving member of the Confederacy of Non-Acid (CNA), got his contract ripped up with MTV after someone disguised as him did some very evil stunts on his show while he was gone. This made him very angry, and he decided to do something else that was better than pulling off stupid stunts.

Rumours say that proboscis monkeys were once accepted into the Hippie religion. This is false. Richard Nixon only made this claim to get publicity from the liberals.