Jesus Hasselhoff, AKA "Hoff Christ" or "the Divine Hoff" (not to be confused with that goddamn sonofabeech) is a full, hairy chested member of the Major Jesii although his status on the Grand Council of Jesii Chiefs has controversially been brought into question by a junior member of the Jesii staff, MacGyver Christ. Jesus Hasselhoff was given birth by a virgin sunbather, the immaculate conception contrived by Amun Ra (aka Ray) the Egyptian god of Sun and Speedo.

To this day Christians the world over still say the words "amen" at the end of most prayers out of deference to Amun, the father of Jesus Hasselhoff. 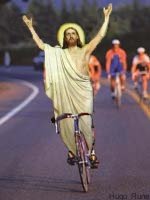 Crusing is no hassle for Jesus Hasselhoff.

The young Jesus Hasselhoff struggled to adapt to his life as both God, the son of God and the son of a woman who was exactly like David Hasselhoff in every way except for the obvious. At the age of 12 the young Hoff-Christ rewrote the Dead Sea Scrolls......on his penis! Realising that he had god-like powers he then turned his penis into a 18 foot long boa constrictor which promptly shed its skin. This skin was later claimed to have been discovered by the original members of the rock band, Starship, in 1983 outside of Lucky's Cafe and Nightspot in New Hampshire which they promptly translated into the hit song "We Built This City On Rock and Roll". An unnamed source close to the band later revealed this story to be bogus.

The boa constrictor/penis issue posed serious problems for the Divine Hoff. Particularly during puberty when attempting to consummate his financial understanding with local whores. Unable to ejaculate and fearful of his penis attempting to vagina-bite the hookers, Hoff-Christ performed the first of his witnessed miracles by completely removing his penis/snake with an airbrush in front of an audience of seventeen witnesses.

The performance was enough to get him a regular spot on "The Las Vegas Magic Hour" where he honed his miracle working abilities in front of small but enthusiastic crowds in the Milwaukee Room at the the MGM Grand. The crowd's favourite miracle was the one where Hoff-Christ would invite some kid up from the audience and get the kid to pull his finger. The ensuing flatulence was enough to bring the house down and just for effect sometimes Jesus Hasselhoff would indeed use his god-like powers to bring the entire MGM building down upon the heads of his patrons to show that just as Hoff-Christ giveth, so he taketh away. Arguments with management over this constant destruction quickly brought an end to Hoff-Christ's regular slot but by this stage the punters wanted more and he quickly moved on to bigger and better things.

With the momentum of 18 decades of solid performances on the Las Vegas cabaret circuit behind him, Jesus Hasselhoff found himself thrust into the national spotlight with his next project, the family sitcom "Charles in Charge". For this role Hoff Christ again relied upon his powers to morph himself into the form of Scott Baio who was killed in a bizarre Speedo-related accident six months earlier, all knowledge of which was removed from public memory by the Men In Black. Only the Jesii were immune to Will Smith's red laser thingy and thus many MIB related secrets were kept on the QT by the Jesii General Secretary for future reference.

"Charles In Charge" went on to be a huge hit but it did have its teething problems. The original theme song was loosely based upon "Dirty Old Town" by the Pogues. This tune was used in the first two episodes which proved to be very popularity in pubs and dysfunctional Alcoholics Anonymous meetings. Hoff Christ penned the words to the more well known theme song whilst trying to pass an uncomfortably large girthed stool on the lonesome moors of Newtown, in Sydney's west. 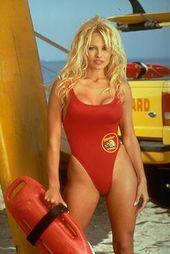 Uncyclopedia insists that Jesus Hasselhoff is somewhere in the background of this image.

Whilst now well and truly established as one of America's most deviant performers, Hoff Christ became concerned that he was no longer thought of as a wielder of god-like powers. The Divine Hoff ceased all entertainment based endeavours and began performing miracles left, right, and centre. His first was to give women the right to vote, and women everywhere praised him as their true saviour. This created some animosity between Hoff Christ and several of the other Jesii who had worked so hard to gain the trust of the female population. Jesus Hasselhoff then performed about 800 other miracles that were less controversial and probably less important. With substandard miracles and no TV presence the Hoff Christ quickly slipped off the public's radar.

Destitute, homeless and spiralling downhill in a drunken stupor, Jesus Hasselhoff hit rock bottom. The Divine Hoff was famously photographed eating out of a medical waste bin wearing no pants with a crude inscription on his right buttock bearing the words "show me your tits". This was a cry for help and boy was it answered. Women from around the globe began appearing by his dumpster and showing him their tits as thanks for his gift of the vote. Their act of generosity lit a fire in his soul and in his pants.

The next day He miracled himself a camera with which he began chronicling the tits that were shown to him. These images were later released in the April 1989 edition of "Jumbo Jugs", the profits of which enabled the Divine Hoff to purchase two giant slabs of teardrop-shaped silicone which he named Mickey and Minnie. This quality silicone was then inserted into Pamela Anderson's chest, and Jesus Hasselhoff had performed his greatest miracle for which many men, and many schoolboys were very, very grateful.