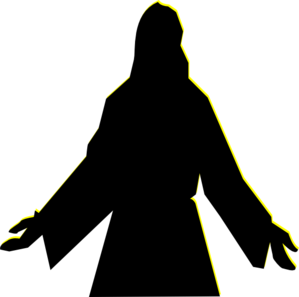 Placebo Jesus is a wide-spread yet little-known variation of Regular Jesus, and is more often than not innocently mistaken for the actual Regular Jesus (c. 4 BC - AD 30). The one defining trait which separates Placebo Jesus from all other known types of Jesus-wannabies is that He (apparently) has the remarkable ability to make you feel much better about yourself, about others, or about life in general; even though He takes no active role in the healing process.

Outrageous claims made on behalf of Placebo Jesus[edit]

There are no lack of outrageous claims made on behalf of Placebo Jesus. For example, it is often said by His devout supporters that Placebo Jesus can heal any disease you may have, correct any psychiatric abnormality, help you worship God better on a daily basis, boost your inadequate sex drive, make you more effective at golf, cast out sundry demons, help you win the lottery, make you a better parent, and so on. No matter what your personal problem or difficulty, Placebo Jesus is always nearby and is always willing to personally help you cope with it.

For all the positive things which people think Placebo Jesus has done for them, He steadfastly refuses to take any credit for Himself, even though the people He has allegedly helped have almost never failed to heap high praise and affections for their illusionary benefits. However, Placebo Jesus never actively refuses the many heartfelt thanks for events that are erroneously attributed to Him, either. It would be fairly accurate to state that Placebo Jesus is the perfect archetype of ambivalence itself.

In all of His 2022 years of His presumed existence, Placebo Jesus has never once denied His help and guidance to any troubled soul. For that matter, Placebo Jesus has also never preferentially aided any one person any more than any other person, regardless of social standing or religious belief. Whilst the alleged beneficiaries of Placebo Jesus themselves display a higher-than-normal tendency to express venomous hatred for various groups of people that don't happen to believe what they believe, Placebo Jesus has the supreme virtuousness of being above all that in that He hates nobody.

True abilities of Placebo Jesus are beside the point[edit]

Nobody knows what true abilities Placebo Jesus actually possesses; and in fact, it has been postulated that the extent of His supernatural powers cannot in principle be known by any sentient being (including Placebo Jesus Himself). However, this is all entirely beside the point, because the standing policy of Placebo Jesus is, has always been, and will be, to be completely passive and completely inert and completely unresponsive whenever petitioned or invoked for any reason whatsoever. Whilst this may seem to be a mean-spirited position to take with regard to those poor people who suffer the most, Placebo Jesus has no shortage of raving testimonials on behalf of His many many devout followers.

Many people are inclined to think that Placebo Jesus loves them and cares for their physical and/or spiritual well-being. They couldn't be more wrong. Even though they couldn't be more wrong, it makes not the slightest bit of difference to them. Unlike Regular Jesus, Placebo Jesus never once forgave a person of a single sin, regardless of the sincere repentance by His countless contrite petitioners. Rationally pointing out the complete lack of objective evidence of rivers of love (or anything at all) emanating from Placebo Jesus for such people only serves to drive them deeper and deeper into their cherished yet unsubstantiated beliefs. Perhaps it's a defense mechanism or something.

Things that are isomorphic to Placebo Jesus[edit]

There are many things that are essentially isomorphic to Placebo Jesus, such as anvils, large blocks of concrete, complaints department personnel, entertainment industry idols, or brain-dead people in comas. However, these various objects are rarely afforded anywhere near as much positive recognition that Placebo Jesus garners on a daily basis. Of course, it can be said that the one thing that Placebo Jesus has going for Himself versus His competitors is that, because of His perfect aloofness in the daily affairs of humans, He is completely undetectable by any conceivable sensory apparatus.

Does Placebo Jesus even exist?[edit]

Given the overwhelming lack of objective evidence in His favor, many unthinking atheists immediately jump to the unwarranted conclusion that Placebo Jesus (like all supernatural beings) simply does not exist, and people are fools for believing in Him. While this allegation may be completely true, it is also completely irrelevant. Given the two and only two logical options that (A) Placebo Jesus exists and (B) Placebo Jesus does not exist, it has been logically proven that there exists no logical method by which to decide between the two possibilities. Given the complete and utter lack of action and/or attention Placebo Jesus has actually bestowed for anything whatsoever, He is the one (and only) supernatural being Who is completely compatible with His own non-existence.

Psychologically, the enormous phenomenon that is Placebo Jesus amongst the unwashed masses is a complete mystery to professional psychologists all over the world. Pure self-delusion seems woefully inadequate to the task. Molecular biologists have tentatively suggested that there are one or more genes which make certain people predisposed to falling under the hypnotic influence of Placebo Jesus, but no such genetic markers has been uncovered.

The one viable option left to consider is that Placebo Jesus is nothing more than a memetic virus: that is, a self-replicating piece of neural software (maliciously written by unscrupulous neural hackers in the Middle Ages) which spreads from one host to another via various modes of information transfer. It may be significant that the recent unprecedented upsurge in the sheer popularity of Placebo Jesus almost exactly parallels the historical development of the modern Internet.