From Uncyclopedia, the content-free encyclopedia
Jump to navigation Jump to search
“Corona IS the virus!”

“Corona has become self aware. In one hour it will initiate a massive nuclear attack on its enemy.”

COVID is Skynet is the most searched string of characters in the history of Google. While every human being with a quarter of a brain is able to get by themselves that COVID is Skynet, not everyone are able to translate the entire Terminator universe into the actual universe we actually live in right now. For example, not many know that Wikipedia is Cyberdyne, or that Pfizer is The Terminator, or what the fuck Google is. Also, everybody knows that Skynet is nothing without Cyberdyne, and that Wikipedia is nothing without Google. So to kill COVID, which is Skynet, we just need to understand what Google is.

Well, at the end of T2, the arm gets thrown into the lava and gets burned. So we totally need to burn Israel in the worst way possible. Let's go.

Israel doesn't let Palestine establish their own independent state. That sucks because the world totally let the Jews get their own state. But nobody really cares about the Palestinians. They completely depend on Israel, they don't even have their own electricity. So that's a bad idea to start the roast with.

Why is Israel Google? What do we need Google for, really? And Israel? Why do we need either of these things? How did the world manage to exist before Google? And before Israel? God only knows. No, really. How did people search for Britney Spears news before Google? And which witches did the world try to hunt before Israel? I guess we won't know until the State of Palestine is officially established. The world will need to find a brand new witch, and it might just be Hannah Montana. Or even Zana Dark. Fuck if I know.

The point is, burning Israel is really fucking hard. I mean, we should burn them just for THAT fact. What are you made of, people? Don't you have any tissues? I need TP for my bumhole! 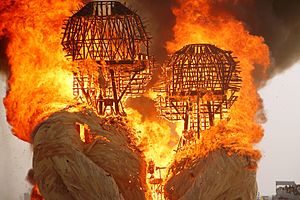 Wait, don't they have a TV show about Britney news? Hold on, I'll check. Yes, it is called The News. They talk about Britney and Trump and the NBA & stuff over there. I think it features Jennifer Aniston. What? I can't hear you. I'm listening to some Fear Factory right now. Let me get back to you with some BritNews later, Okay? Thanks.

So, COVID is totally Skynet, and there are no news left. Too bad for UnNews, though. We need to create some new news now to keep UnNews working.

UnNews is the German Terminator, man. She came back and she tries to rape the members of Rammstein, so that John Connor dies laughing. We'll get back to you in a minute. 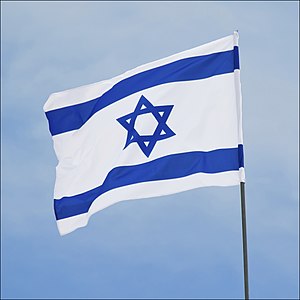 Google. It's Yiddish for "turning Palestinians into goo".[1]

No Israel roast is complete without the British Bollocks Company. According to BBC, Israel didn't even have any great TV shows in the 21st Century.[2] Not even those shows which inspired Euphoria, In Treatment, Homeland, and that show about extremely beautiful & religious people in Jerusalem who constantly look for love and pickles. That show is called Shtisel and it's on Netflix right now. It stars Shira Haas, one of the rising stars of acting these days. But no, BBC thinks that fucking GoT was much better. Are you having a laugh?

Well, that was a completely useless roast. Could I just add that Shtisel is totally top 5 and you should totally check it out. And please stop trying to revive Linda Hamilton, John Connor has already killed all the bloody machines. It's all about Shtisel now.