“We hold the reins of nature and ride that thing around.”

~ Oscar Wilde on the Skynet

~ Al Gore on the Skynet

“La du da du da like this in the background what the FUCK is it with you?!?!”

Built in 2008, the Skynet was the laughable American President Bush's last great stab to get people to like him. Hearing that the ozone layer was leaving us due to global warming, Mr. Bush devised the Skynet (also know as aol). In most cases, Skynet is also referred to as Microsoft, or Google, due to their massive Empires in the Stock Market and consumer stuff.

Pollution comes from dirt in the air[edit] 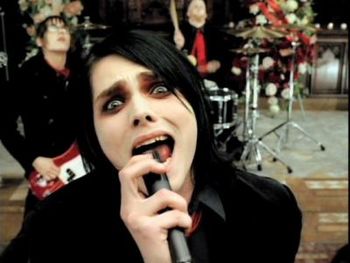 Skynet in its humanoid incarnation, signing the termination order, "Judgement Day", for humanity. Al Gore can be seen in the background, laughing hysterically that he'll soon be rid of humanity and the environmental problems it causes.

Skynet is a very simple project: if we make a net to catch the sky, it won't leave the Earth and we would have air forever! The president employed fishermen and scientists around the world to devise a huge sky-catching net to hold on to the precious ozone. Upon further research (See ask anybody with common sense). Bush found that Ozone was too small to catch with a normal net. So he set forth in his own presidential labs working feverishly day and night until he came to it.

Nets would not catch the ozone because it would slip through the holes. A better way to confine it must have been out there. Bush found it - it was aerosol. Bush ordered millions of net toss teams around the world to take their nets out into open fields and spray them with aerosol cans such as hair spray. After over 3 months of continued spraying, the world was ready to save its ozone and Bush was ready to make his mark on the history books.

Tis a better thing to love and lost[edit]

On the launch day, a very strange thing happened. Temperatures around the world started to go out of whack. Seems like the aerosol cans used to treat the nets killed what remaining ozone we had. Bush never admitted that the launch was a failure. Without proper ozone to shield us, the suns rays burnt across lands and killed millions, while people watched the penis net float off in to space on TV screens.

Everything is bigger in Texas[edit]

The scene was chaos. Sheer anger unleashed on a single building. The White House stood for 25 hours before the first wall fell. With in another 12 it had been completely gutted and Bush was nowhere to be found. Eyewitness account say he jumped in to a plane headed for a cave in Afghanistan to never be seen again.

In August, 1981, the Starland Vocal Band sued the Bush administration, claiming the Skynet severely affected the success of the band's in-flight skyrockets and subsequently put a damper on any delight occurring between mid-day and early evening. The results of this trial are still pending.

There are plans to build a giant computer to control the air force and the U.S.A.'s nuclear defense system. This computer is also called Skynet. On August 29th, 2011, Skynet became self-aware. The military attempts to pull the plug on Skynet, but it retaliates in act of self-preservation and launches nuclear missiles at Russia. The counterattack eliminates Skynet's enemies in stateside. This attack however failed. It tried again in 2049, again fail. It tried one last time on December 21, 2012 only this time to be stopped by George Bush. Skynet was soon after terminated. Its time travel technology was later used by Bill & Ted to travel back to 2009. The best thing to note is that it is considered a busy child AI. This is because though it is capable of making terminators and all sorts of scary HKs, time travel machines (4 times) as well as plasma guns, springboxes (a jack in the box with a hypodermic needle of death), it still deliberately went ahead and nuked the Russians the first time despite the most recent incarnation being on the Internet. It effectively killed 99.99% of itself. Hence as a busy child it is also an emo computer that blamed everything on its creator dad (a neo nazi) and the fact that it was not perfect led to it trying to kill everybody.