From Uncyclopedia, the content-free encyclopedia
(Redirected from Old McDonald Had a Farm)
Jump to navigation Jump to search 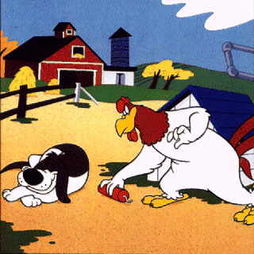 Should this sort of thing be banned?

Daisy the cow. Stuart the sheep. Quacky. These are just three of the victims of Britain's worst ever serial animal killer, Old McDonald. 1998 saw a succession of motiveless and seemingly random acts of brutality against farmyard animals. It was all down to one man. One sick individual with no respect for the lives of our four-legged friends, not to mention poultry. What could drive someone to wreak such senseless and wanton violence? Were children's cartoons to blame? Probably not, but surely they couldn't have helped.

Young McDonald: The makings of a killer

McDonald, a man so evil, he was born with no first name, came into this world in 1927. He lived a pretty ordinary early existence in the slums of Glasgow, until he reached the macabre age of eleven and was sent to spend the summer in France on his uncle's farm. And on this farm there was a horse. There was also a goat and some chickens and a couple of hundred cows, but all this is beside the point. McDonald had a great time on the farm, climbing trees, riding the animals and dragging a plough across the fields all day. Then, war was declared. German soldiers goose-stepped into France and sent down bombs raining like cats and dogs on uncle McDonald's sitting duck of a cow farm. The livestock exploded into little pieces, getting everywhere: here a hoof, there a tail, everywhere a cow part. 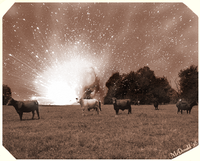 Can we just sit back and allow exploding cows to create yet more disturbed children?

Did this experience have an impact on McDonald's future behaviour?

"Yes it did," says top television psychologist Dr. Pepe Gonzalez P.h.d. d.o.g. "At such a young age there is only one thought that is going to go through a boy's mind. This is so cool! Children love explosions. The problems really arise when you associate this with livestock." So, should we ban the exploding of live animals in public? "Yes, probably," says Dr. Pepe.

Not a great deal is known about McDonald once he became old. He didn't really have many friends and kept himself to himself. He was just a bit of a loner; not what you would expect from your average serial killer. "I was shocked when I found out that McDonald did all those nasty things," says his neighbour, "I expected the killer to be some sort of psychotic chainsaw-wielding maniac, like that Mr McLeod across the road."

"The only funny thing was his obsession with Doctor Doolittle and constant complaints that the noises from all those animals were doing his head in. I just told him to send his complaint to the neighbourhood watch and didn't really worry about it any further. There isn't even a farm nearby, come to think of it."

So, Old McDonald proved that loners are very dangerous people and we shouldn't be fooled by the fact they don't seem to be doing anyone any harm. In the aftermath of the killings, many concerned mothers called for there to be a public register of known loners: calls that this country's government have shamefully ignored, leaving god knows how many loners quietly going about their suspiciously harmless business, endangering millions of innocent lives.

February 25th 1998 appeared to be just a normal day for Farmer McFee. Then he went to check on his chickens. Lying in a heap, next to the coop, were the dismembered remains of Terry, McFee's prized rooster. His beautiful, red face had been ripped clean off his body, leaving behind a headless chicken.

Police were immediately on the scene - a remarkable coincidence, considering that McFee hadn't phoned them yet. Preliminary forensic analysis showed that Terry was indeed dead and there were also clear signs of a struggle, as revealed by the ruffling of the victim's feathers. Next to the body the words "For the love of god, stop clucking! Och aye" were spelt out in blood. Detectives began their hunt for a fox with excellent spelling skills.

Despite the arrest of numerous foxes, the brutal killings continued unabated. Barely a day seemed to pass without news of another gruesome and shocking attack. The second target was Quacky the duck, who was suddenly plucked from his pond early in the morning having been lured there by some excellent bread. Once again, the deed was done by means of beheading and once again the victim died from its sickening injuries. Next, the animal killer moved on to attacking a sheep in the form of local celebrity, Stuart, star of Emmerdale when it was still a farm. This heinous murder proved to police that they were dealing with something much bigger than a mere fox. They were now interested in talking to a disgruntled, soap opera-watching wolf.

Shane, the disgruntled soap opera-watching wolf, who had been known to police for some time, was subsequently questioned. However, Shane was found to have an excellent alibi, as the fourth attack, that of three unnamed pigs, occurred during Hollyoaks. This led police to start considering the possibility of a human killer, based on the fact that someone noticed that the heads had been cleanly sliced off, rather than being bitten. 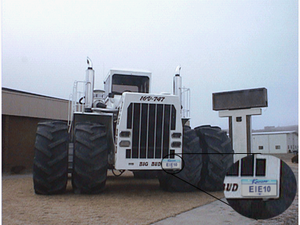 Thankfully, you don't see many white tractors these days. The less sinister yellow is more fashionable.

By this point the nation's media had descended on the area. Every paper in the land plotted every move of the "Farmyard Ripper" and speculated on the potential effect on house prices. BBC's Crimewatch staged a reconstruction of the next attack, on Daisy the Cow, which focused principally on the appeal for the owner of a white tractor that had been spotted near the scene.

Nationwide fame did not get to the ripper's head and the beheadings continued, with Jack the donkey, Fluffykins the cat and Necky the turkey all meeting their maker. Then, all of a sudden, the killings stopped. Then they started again a couple of weeks later. Following the attacks on Sugar the horse and Roger the unusually vocal rabbit, one vigilant travel agent noticed that the lull in murders coincided with Old McDonald's holiday to Majorca. With this new lead, all the pieces of the puzzle fell into place. It explained the forensic report detailing a "more relaxed and refreshed style" with the last two killings. It also explained why a shovel with "property of McDonald" written on it was found on Mr McFee's farm. A squad of officers were dispatched to the home of the psychopath and they got their man.

The dog that got away

Old McDonald's 12 victims could so easily have been 13, if it wasn't for the quick thinking of one very brave young border collie called Timmy. He is thought to be the only victim of Old McDonald to have survived and coincidentally, the only one not to have their head cut off. "Of course I was very concerned at the time, having heard about all these awful killings," said Timmy, 5, "I wasn't going out at night on my own and had been off my food for a little while. But then I saw this rabbit and, well, you know how it is."

Timmy found himself alone in the paddock of Mr. McLeish's farm when he was approached by an old man wielding a shovel. Timmy knew immediately that he was in trouble. "I tried to scare him off with a "woof woof" here and a "woof woof" there, but that just made him angry and he 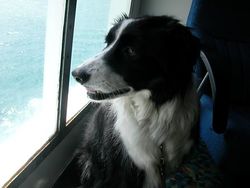 There's evil out there

shouted at me to shut up. So then I started growling. That seemed to confuse him - as if it hadn't occurred to him that dogs could make more than one noise." Having successfully diverted the attention of his apprehender, Timmy ran home, a very lucky dog.

This failed attack would have been a gigantic step forward for the police investigation. Unfortunately, everyone was far more interested in the fact that they'd found a dog that could talk.

In November 1998 McDonald faced trial for his horrendous crimes. The police van which took him to court was besieged by enraged animal lovers. These protesters screamed torrents of abuse at the monster within, while some threw eggs at the murder-wagon. This act angered the many vegans in the crowd, leading to scuffles in the streets, which soon escalated into a full-scale riot. The dozens of apalling injuries inflicted that morning further padded Old McDonald's gruesome resume, reminding everyone of what an emotionally-charged series of incidents had been inflicted on British farms. Something that should never be allowed to happen again.

While chaos reigned on the outside, the events inside court were relatively straightforward. With both forensic and circumstantial evidence on their side, not to mention the fact that McDonald looked like a killer, the prosecution had an easy task of proving that the defendant was a cold-blooded, maniacal, calculated, deranged slaughterer. The extra charge of being "bloodthirsty" was more difficult to prove and was dropped. Nevertheless the presiding judge could still impose 12 life sentences, ensuring McDonald would stay in jail until he is 192 years old. But is that enough? Some would say not.

Old McDonald is now safely locked up in a secure mental hospital, where he receives treatment for the voices in his head. This is some comfort for the family and owners of his victims, but what they really want is some sort of explanation or maybe even an apology. However, McDonald cannot even grant them that small courtesy. These days he can only utter three words: "He", "Aye" and "Oh".