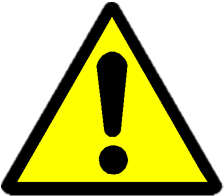 Warning! This article could be dangerous!

~ That robot from Lost in Space on Danger

“What danger could I possibly be in?”

~ Captain Oblivious on Installing an ejector seat for his helicopter 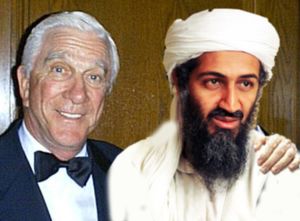 Danger is a theoretical concept that may be applied to all aspects of matter. In other words, what one may consider 'danger' may not neccessarily be dangerous to others. Historians have classified people into the danger zone - such as Hitler, Karl Marx and Zinedine Zidane - but like everything else in life, this too was based on viewpoints rather than actual historical facts.

Danger has existed since the beginning of time. Ever since the first star system formed or the first human to set foot on the new world or the first episode of Seinfield to appear on an ungodly hour on weekdays, danger has been an unavoidable aspect of life. In fact, danger is lurking behind you right now. It could be dangerous to read this article! If that is so, and danger is infact an inevitable part of life, then why are we to dismiss the term danger or the adjective 'dangerous' as a negative factor?

Because we did. Anything that falls into the negative category instantly becomes dangerous. Bin Laden is a bad man, he's dangerous. Guns hurt, they're dangerous. Cottage cheese gives the eater gas problems, it's dangerous.

So we once again come back to the ultimate questions. What is danger? What can be dangerous? And of course, how do void ourselves of danger? The answer is very simple, but it cannot be shown here.

Because that could be dangerous.

Why do you care?[edit | edit source]

“Why does who care?”

~ Captain Oblivious on the above heading

Danger can be, and often is, ignored by many humans. Some humans even laugh in the face of danger. DON'T DO THAT! Danger hates that. Therefore, the best way to appease danger is to never get into a dangerous situation. The best way to do this is simply to stay home sick for the rest of your life. Actually being sick is not such a good idea, as danger tends to be attracted more to sickness. Avoiding danger generally leads to a longer, but less interesting life. 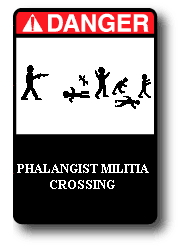 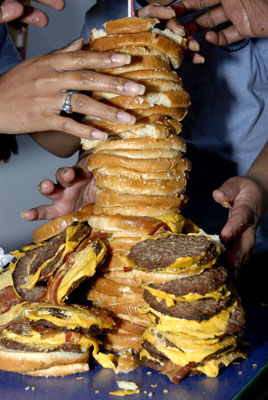 Dangers of unhealthy food are often well worth the awesome taste of grease.

A healthy digestive system is essential to a long life. Eat lots of meat and starches, this is the best way to ensure your avoidance of danger. Keanu Reeves has written a very good book on eating healthy, checking it out from the local library, or better yet buying it at Barnes & Noble will go a long way toward preventing danger from sneaking up behind you.

Nerf will be coming out with their clothing line in early 2011, until then the wearing of quilted and/or padded clothing is recommended (this works for all people not named Kenny McCormick).
Always warn yourself of the dangers of life, it will help you avoid them.
Always court the dangers of life, when they find out how awesome you are they will avoid you.
Always check that your clothing is made of non-combustible materials.
Always make sure your clothing has no pointy parts that could stab you.
Bright colours (colors) will reduce the odds of being run over by accident.
Bright colours (colors) will increase the odds of being run over on purpose.

National governments also help to shield their citizens from the many sources of danger, the most effective of these is the orange traffic cone. When placed in the middle of any road entrance or alley will prevent humans from preceding, thus preventing dangerous encounters with power tools, wonky terrain, the recently deceased and broken glass. Human beings will naturally obey the traffic cone while it fulfills it's role as society's "silent objector".

Public signage also plays a role in the prevention of public danger. Until 1875 there were no public signs in the UK and everybody from that era has since perished. Since the introduction of the "WARNING! These premises are protected by CCTV" signs were introduced in 1914 everybody has been to fearful to commit an offence due to the dangers of criminal behaviour. Lmaocopters! dangerous things are done by dangerous people not dangerous people who searched danger in this dangerous site. you're in grave danger. 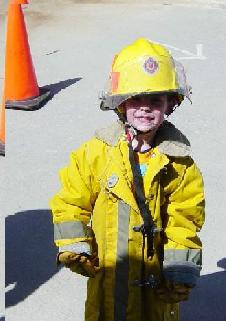 One of the many disposable roadworkers, ready to work.

The Dangers of Roadworks[edit | edit source]

It is a common wonder to most people in the world as to why there are often more roadworkers then there should be. It is hard to see, but in reality roadworkers are completley understaffed and are at risk of closing down entirely. 4 million road workers die every 10 seconds due to tripping over witch hats, and another 3.2 million die due to foodpoisoning every 26 minutes and 42 seconds (Because they dont listen to us when we advise them not to eat the dirt)

At construction sites, it is often to see workers "lazing about" on their shovels, looking at a deep hole. While most poeple would think that the 4 roadworkers would be saying "Aww man we cant figure this out, there is only one shovel" in reality they are analyzing the dangers in the most (24%) detail possible. The second reason roadworkers are so abundant at construction sites is so that any casualties from tripping over witch hats can be easily replaced by a fit, healthy and disposable worker, as immune to risk as the guy who is allergic to hydrogen.

Sometimes dangers are hard to see until it's too late

Some inventions are mildly dangerous, and some are seriously dangerous! A list of dangerous inventions below may help you decide if that airbag in that motorcycle seat is really a good idea:

-Fly screen doors in a submarine

-Every part of the human body 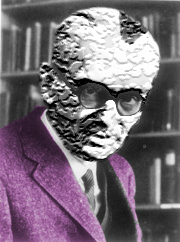 Sticking your head in your microwave is a good example of danger.