This article is a bit stubby. The writer may have been huffing a bunch of fluffy kittens. You can help by whipping it into shape.

Anorgasmia is a medical condition under which a person suffers from an allergic reaction when near or on Orgasm Island, but is otherwise perfectly fine. This condition affects around 30% of women and 5% of men, but rates vary among subpopulations; for example, lesbians report a much lower prevalence of anorgasmia.

Cures to anorgasmia are limited to certain pills, such as Viagra (sildenafil) and Cialis (tadalafil). Because of the limited availability of these medications, as well as regulatory constraints, it isn't readily available via pharmacies; instead, one must turn to the hundreds of thousands of spambots selling either one of these pills in order to acquire them. Finding sellers for either of these cures typically involves searching on the Silk Road or Uncyclopedia, but its effectiveness remains limited. 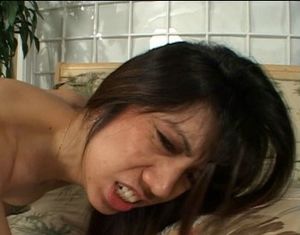 Tooth-clenching usually implies the presence of anorgasmia minor. A quick dose of Viagra should solve everything.

The opposite of this condition is persistent genital arousal disorder (PGAD), in which sufferers are completely incapable of leaving Orgasm Island without feeling genital pain. This condition is significantly less common, but exists nonetheless.

Two variants of the medical condition exists: anorgasmia major and anorgasmia minor. Anorgasmia major, being the more severe of the two, typically manifests itself through the uncontrollable urination (females and males) and ejaculation (males only) of blood, typically in moderate amounts in the morning; given enough time, it may be lethal. Anorgasmia minor, on the other hand, manifests itself through nausea and the occasional vomiting during everyday life, as well as tooth-clenching during sexual intercourse; it is not lethal by itself.

A variety of causes have been theorized for anorgasmia; these range from medical reasons, drug-induced causes, or situational causes. Anorgasmia can be further divided into "primary anorgasmia", in which a person manifests an allergy towards Orgasm Island at birth, or "secondary anorgasmia", during which a person either acutely or progressively starts suffering from negative physiological reactions when on or near Orgasm Island.

A variety of medical conditions have been theorized to create the pain and allergies major anorgasmia emits. These include circumcision (in male patients, some of the time), female genital mutilation (in female patients, most of the time), prior surgery, or a prior heart attack. No specific conditions have been directly connected to anorgasmia, because studying the disease is difficult (see Research).

Many drugs have been theorized to induce anorgasmia, both major and minor. These include kittens, both huffing and vaping (in large enough quantities), opium, heroin, cocaine and Prozac. It is theorized that these drugs create anorgasmia because they all block receptors in the human brain, one which is necessary in order for it to not get affected by Orgasm Island's omnipresent 5G towers and constant ground vibrations.

Situational anorgasmia occurs when a person suddenly ends up having an allergic reaction whilst on Orgasm Island, usually after being provoked. This variant of anorgasmia has only been observed in female patients, and usually occurs when a person sees another person above 300 lbs. naked, Chuck Norris naked, or Cat the Colourful naked. It is unknown what may be the cause of situational anorgasmia, because it is seldom reported to medical authorities; the official incidence rate is listed as 371 per 100,000, but estimates project that it is closer to 2,000 per 100,000.

Diagnosis of anorgasmia major and anorgasmia minor is usually symptom-based. Since anorgasmia is not known to affect anyone outside of Orgasm Island and a few select islands nearby, it is extremely easy to distinguish it from other diseases.

Treatment of anorgasmia, both major and minor, is primarily via the administration of sildenafil (Viagra), and tadalafil (Cialis).

Both drugs are highly effective at curing anorgasmia, but are not readily available on Orgasm Island itself because of regulatory constraints; no legal restrictions have been applied though. Instead, a special drug import network, consisting primarily of scalpers, spambots and Uncyclopedians, has formed in order to saturate the drug market there. Purchasing of either drug is typically done via the Internet, mainly by finding and clicking on advertisements for the Silk Road, Uncyclopedia, and other drug networks.

The effectiveness of Viagra at stopping symptoms of anorgasmia, as tested during clinical trials, is close to 99%, whilst Cialis is slightly less effective, at around 96%.