From Uncyclopedia, the content-free encyclopedia
< User:TheHappySpaceman
Jump to navigation Jump to search 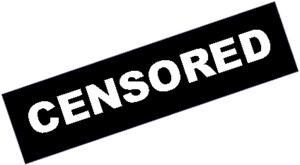 Perv of the Month patch.

Welcome to the voting page of the Perv of the Month page. This is where all the Uncyclopedia perverts (or people who have acted pervy lately) go to become even more perverted.

Oh! And don't forget to add this template to the nominee's userpage!

Becoming Perv of the Month will get you the following:

See here for the full archive.

Hello, and thank you for creating and delivering the Perv of the Month award. I had to clean the feces and other liquids off of it, and then I locked it into my trophy case with triple-locks and snake poison on the locks so nobody tries to put more liquids onto it. This is the proudest moment of my life, and it's all due to you. Thanks! Aleister 11:16 1-3-'12

Shucks, this is better then the time I had spaghetti bolognese and farted several times over the coarse of the next 2 days, producing an aroma of beautifully cooked meat and Parmesan cheese. Every-time I farted, I gloated in how awesome it smelled, and it made me wanna go make some more.--

Once I found out I won, I had an orgasm and vomited all over my dick at the same time. To say that this is the proudest moment of my life is an understatement. Furthermore. --Roman Dog Bird (talk) 22:32, June 3, 2012 (UTC)

I was amazed when I found out this morning that I became Perv of the Month. I'm so happy. To celebrate, I think I'm going to stalk my ex-girlfriend. User:Matthlock/sig2 18:08, September 4, 2012 (UTC)

Said user thinks he is too cool to make a speech; therefore no speech was made.