From Uncyclopedia, the content-free encyclopedia
< User:Kingkitty
Jump to navigation Jump to search

Do Zombies scare you? 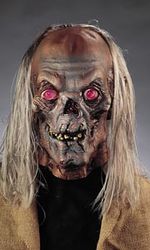 If these pictures scare you...well you probably should leave and never ever come back. This is for real men (and women), this is NOT for the faint of heart. This is Urban Dead. And we are The Uncyclopedian Forces.

OUR GOAL: To kick zombie ass.

OUR PASSION: To kick zombie ass.

OUR JOY: To kick zombie ass.

Wait, WHAT THE HELL IS URBAN DEAD?[edit]

Urban Dead is a MMORPG. About Zombie Apocalypse. Choose to be a Survivor, maybe a Trapped Civilian, a Military soldier, or even one of the Necrotech Scientists, maybe involved in the Zombie Apocalypse. Or be a Zombie, a victim of the infection, now a corpse. Will the Uncyclopedians save the city of Malton from dying a zombie death? Or will the Zombies get past the quarantine zone, and infect the world...

If you are planning on playing as a Survivor, you've reached the right place! If you're a zombie, however, you want to join The Uncyclopedian Corpses. It's all the same people, just more dead.

Click link for beginners help and other useful info about Urban Dead.

We also have a page on the Official Urban Dead Wiki located here.

Our official channel on IRC is #unforces.

Anyone can join and smoke as much hash as they want! Also add our name "The Uncyclopedian Forces" to your group option in your profile.

This is what we do to zombies.

I'm quitting this group to join EugeneKay's Zomburbia! group. This group has fallen apart, thanks to Nexuswar. And I can't take it anymore. And no, i'm not joining nexuswar. I am SICK and TIRED of UNsuccessfully trying to rally you guys back together! FUCK IT! AND FUCK YOU! FUCK YOU ALL!

Oh shut up. I fucked off ages ago. My main is now holed up in Hildebrand Mall and i'm also thinking of fucking off into a fort.

This is where you want people to be KILLED ON SIGHT for obvious moral reasons (Playing killing, breaking down barricades, etc). This should only be for humans because zombies can do whatever the hell they want...

Nice one :) We'll get him...if the bounty hunters dont get him first --

He is a member of a huge PKing group, Red Rum. Marshal Uncyclopedian! Talk to me!

This individual has committed a most grievous insult to my honor... he has misspelled my name. With an N, no less. N isn't remotely close to R on a QWERTY keyboard. Also, he wanted me to go into some kind of brain rot survivor cult, which is not the Dual Nature way. Ж

The usual explaination: Group kills. BopBin is a member of another huge PKing group, BrainROT RUM, that has a goal of having everyone get the zombie skill Brain Rot. Marshal Uncyclopedian! Talk to me!

[2] Crowbank Killer. that fucker killed me while i was inside a hospitle looking to be healed. that fucker deserves to die.--General And Min. THEDUDEMAN

What are you currently doing?[edit] 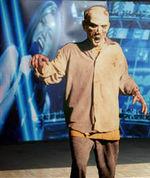 Just comment on where you are currently, how you are doing, your ammo, etc etc. Use this for help.

Whatever. My IP limit is only 2 left. DAMNIT. anyways... Tomorrow I'm heading off to Dunningwood to help out the Cult of the Stuffed Crocodile. --Lt. High Gen. Grue The Few The Proud, The Marines 00:23, 14 September 2007 (UTC)

Just a note if you were in Wyke Hills and now you're in Buttonville you're heading in the wrong direction. Try this --

I'm now in Williamsville after just being revived. I've now sheltered myself in the heavy barricades of Shfield Bank. --General Insineratehymn 23:17, 1 August 2007 (UTC)

Could You Maybe Put Your Name And Profile With The Others At The Top? I'd Like To Stick You On My Contact List So I Know When I Find Everyone --

Trar is in the Club Budd in Chancelwood. This was his last known location before he left for Zomburbia! --Trar (talk|contribs|grueslayer)

Zombie outside of the carner, gaining exp to upgrade hand attacks and what not. my base hit with hands is currently 50%. --General And Min. THEDUDEMAN

I was a walkin' along to the VSB Henson, when I was told (a little too late) that there was a zombie inside. My attempts to find another hiding spot were futile, and I took refuge in a nearby wasteland, hoping that I could be revived after zombification. Still waiting. Two people have killed me in this damn cemetery so far. Oh, and Graaagh. sleepygamer 09:25, 14 September 2007 (UTC)

I am sticking around West/East Grayside, the area is being swamped by Zombies. Got a few shots off on a Zed and browsed the area for a safe place. Sticking inside Boode Place Fire Station for the time being until I can get access to a PD to get ammo (most surrounding PDs are too heavily barricaded). -

Died and became a zombie? No worries, just post your name here, and your current position (Using this) and I'm sure someone will...eventually come to you. Oh and going to a cemetery is a good idea because there's usually nice people willing to revive you....or kill you...

How many levels over-caded is it? Marshal Uncyclopedian! Talk to me!

Oh good, you got out. Thanks. Marshal Uncyclopedian! Talk to me!

Tips for Survivors New to Malton[edit]

Unless of course, you want to be eaten by Zombies while you sleep

2: Use your last Action Points to get to Safety[edit]

Go to a barricaded building that you can enter, either a Fire/Police Station or Hospital, a NecroTech building, or even a barricaded School. Schools, railway stations, cinemas, and junkyards, if barricaded, are so safe, and aren't frequently checked by the zombie hordes.

You should really get some decent weapons, especially if you are a Consumer class, or any NecroTech class. But you should stick to Melee weapons, such as Fire Axes (ESPECIALLY with the Skill "Axe Proficiency"), as Firearms are next to useless without Basic Firearms Training.

You could always go to a Revive Point. But while you are a Zombie, it's a VERY GOOD TIME to get lots of XP by killing, maimimg, and eating Survivors and smashing their technology. In any case, you can get a revive either by requesting one above or by getting a random revive.

All allies part of the Uncyclopedian Forces yield this: