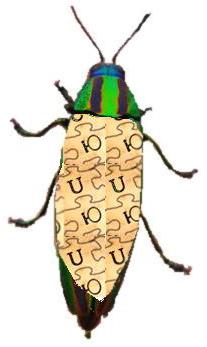 Here you can vote the Uncyclopedian of your choice who has been funny, satirical and helpful. And smarter than a n00bcookie.

The winner will get

Add this to your user page by using {{User:Gert5/hallbugs/nomuser}}. That will add this to get votes up:

Which one of these should Hallbugs get?
Please vote below. Results will be shown when you have voted.
You are not entitled to view results of this poll before you have voted.
There were 0 votes since the poll was created on 19:18, 6 January 2013.
poll-id 3D4BD6FC82E02CB94BD0F763887AEB02

I nominate SPIKE The Dog, if I am eligible to do so. I still don't actually understand what the hell this is all about, but if it amuses or irritates SPIKE, I win. Cheers!