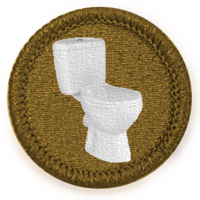 The Toilet Comedian of the Month badge.

Ah, toilet humor. It's time to acknowledge the hard work and effort it takes some Writers/Comedians to suck so bad, it's funny to watch them flail around.

NOTICE: We will not be archiving past voting pages, as long as there remains to be nothing to record.

In celebration of the first anniversary of my constant winning, I have decided to update the page for the first time in nearly a year. Also, I am giving away the Golden Toilet Award this month instead of the usual TCotM Badge. 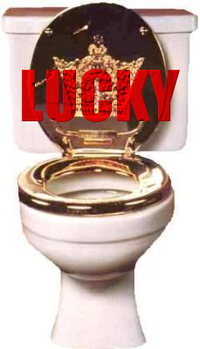 Here it is. Witness the glory.

Nice try, NAGU360, but no nominating yourself using pseudonyms. You are disqualified. Sir Not A Good Username360

Sorry, but he's already disqualified. Sir Not A Good Username360

AND BENSON WILL WIN IF NO BENSON OBJECTS.

Against. I don't think he is as BENSON as me.  ~ Avast Matey!!! Happytimes are here!*