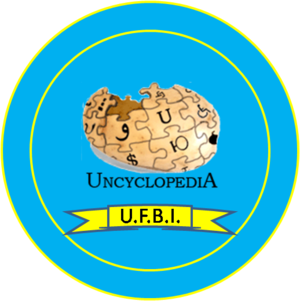 WARNING!!! WHAT YOU ARE READING IS TOP SECRET AND SHOULD NEVER BE REVEALED TO THE PUBLIC. VIOLATORS WILL BE STRICTLY PERSECUTED! NO EXCEPTIONS! NONE!!!!!

The Uncyclopedia Federal Bureau of Investigation. or U.F.B.I. for short, is a special agency in the Uncyclopedia Department of Defense and Justice. Like the United States F.B.I., the U.F.B.I. is a law enforcement agency; however, instead of enforcing the laws of America, we enforce the laws of Uncyclopedia, mostly ones that contradict the HTBFANJS. We also fix many mistakes that many people make such as spelling and horrible formatting, and searching for invalid articles and have them killed and destroyed. Although reports and files are kept secret, as we are a secret agency, to the fact even a few administrators don't know we exist (that we know of), until someone blabs and we aint a secret anymore, but still a useful group. 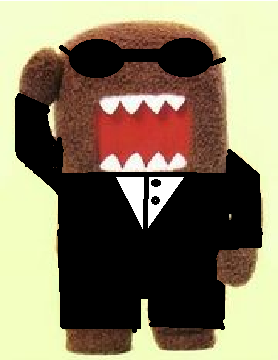 Here we have many duties. The first thing is searching articles for vandalism and things that are stupid instead of funny. It almost sounds like the Grue Army, but unlike them, we don't usually look for vandals, we fix what they vandalize, but we can still report them to the higher authorities, although that job is mostly for the U.C.I.A.. Second, we keep in check with articles that use the {{Construction}} tag and articles made by new users. If we encounter something such as spelling or bad grammar, we just fix it up, or if it contradicts the rules of Uncyclopedia, we tell or warn the user WITHOUT revealing ourselves to them. Third, we keep check of articles that are targets of either vandalism and/or noobism. If we encounter a new user, we'll show them the twelve steps to the AAN program, or to the "people" from the Grue Apocalypse[1]. If a article that has no redeeming value, we will place a Code:Red template that informs that the article has three days before it is taken to either VFD or QVFD unless someone has an objection, which they must inform the director or it will not count. Sometimes we'll discuss whether it should be kept/deleted/IC in our discussion page. Oh, and we report any flamewars, vandals, and annoying users.

Remember Steventhemario, the fag who keep spamming templates and had administrators clean up after him until his infinite ban? Our goal is to warn users to avoid doing such things and tell them the consequences of what they'll recieve if they keep it up. We want to warn them before admins do, and give final warnings to users on the brink of infinite ban. After that, they're on their own. We also report flammers and vandals to admins if we come across them.

Since there is no Clean Up article anywhere on Uncyclopedia, that responibility will be put here. To clean up an article, you do the following:

Our things to do will grow in time.

Here are things you need to know when working with us

As a member you will become an Uncyclopedia Federal Officer in one of the following divisions:.

Memebership is free, but there are requirements to join.