Urban Dead is a zombie apocalypse MMORPG made by Kevan, a God below Jesus but above Tina Fay. New players can choose to play as a trapped civilian, a military enforcer of the quarantine, one of the scientists potentially involved in the outbreak, a zombie, where they can spend several minutes navigating the city and interacting with the entirely human population or as the (rather less popular) option of a cobbler, wherein you spend the game sitting in a small booth just outside a train station, waiting for other characters to request footwear repairs and/or key cutting services. To play this game, you must reside in a city and be dead. Living players are subject to immediate execution upon discovery.

The game of Urban Dead takes place in the town of Malton, a perfectly square town assumed to be in Britain, as all of the locations possess vowels, and very few of them have the look of run-on sentences. The city is in the middle of a military quarantine, where new survivors and zombies appear out of thin air fully equipped and carrying toilets that turn crap into food, but no one can navigate beyond the borders of the city. The zombie virus is in full effect, and all of the denizens of the city appear to be infected. Condoms are innefective at stopping this infection, so abstinence must be practiced.

This will come in two segments: one section for new survivors, and one for new zombies.

Hello, and welcome to Malton! Upon entering Malton, you will come up to a character selection screen. Choose the Consumer, since most citizen living in a city just after a zombie outbreak is going to be a consumer, that, or Malton has the most volunteer firefighter in England. Use a name that proudly display the fact you are a loyal survivor such as "l337 z3d ki11a", "Bill Valentine", "Bash Willams", "Captain America", "Captain Obvious", "yo mama", or "Bob".

Find one of these. Unless you like getting ripped apart by Zombie hordes.

The first order of business for a starting survivor is to find a VS++ barricaded entry point to stay safe from the zombie hordes. If you can't find one, just use your axe to break down any barricades you see that are EHB, as you will be repeatedly hunted by trenchies for assisting the zambah if you are on the street. However, since all the buldings will be caded tighter than a FLDS chick's nether regions, get ready to sleep on the street.

Once you've found and successfully entered a building, first, you need to find a trenchcoat, since all zombie hunter needs a trenchcoat to go with their 15 uzis and 42 katanas. Then you find a way of gaining XP, which is used to purchase skills. We advise searching for crucifixes and beers. If you can't find or enter a building where crucifixes can be found, notify a member of the UDwiki that the RRF is sieging the local mall, and an operative should ransack the building within 24 hours. If you got in the building, but no survivors are wounded, repeatedly shoot everybody with a shotgun at random and shout:"BOOM HEDSH0T u guys r scrwd lolz" everytime you fire. Or better yet, load up your shotgun, go to Ridleybank and fire a flare gun to signal for help. In less than 5 minutes, you will get help, and your friendly helpers will get all the helpings of you they will ever need.

After a few days of doing this, you should have enough XP to get Free Running! "But why Free Running? I want to learn to use a shotgun!" Nonsense, everyone's first purchased skill in Urban Dead is Free Running! How else do you expect to be able to enter an EHB safe house, where zombies can never get in? It's amazing you've even made it to level 2 without dying!

Oh wait... you already died? Maybe you didn't follow my instruction and got PKed for being a zombie spy or a trenchcoater or something, or maybe zombies broke into your building regardless of the barricade. Don't worry, there's still hope! Just waltz on down to the local revivification point, whine a lot, and someone will magically you eventually and stick you with a "revive", and you will feel the bliss running through your body. In the meantime, feel free to use your zombie abilities to attack the other people at the revive point. Don't worry, everyone knows zombies are just a figment of your hallucinations when pumping up on revives. If that logic doesn't appeal to you, you can always walk up to survivors on the streets and go "Mrh?" That's "zombie talk" for "Pardon me, good sire, would you be kind enough to donate one of your spiffy revives for me and then we can all sit down and drink tea and eat crumpets and do British things because we are British." Zombies, feel free to join the revive points to return to the better side!

Once you've come back to life, you can continue getting XP and hiding in buildings until you reach level 43, the best level in the game (as Brain Rot is the best skill ever and anyone who does not gets it is a communist sissy). What fun! Once you reach 43, you will go on mass shotgun killing sprees ending with the local militia group camping your body for 2 months. 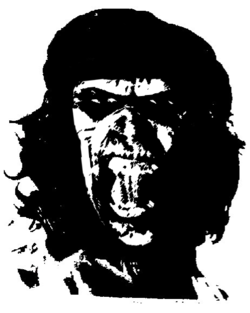 (this article is not funny and istead informitive please, stop reading)

Urban Dead features a unique combat system, which is heavily good, to the point that adding one point of damage to any weapon will disrupt the game balance in one sides irreversible favour. Each player starts with a maximum of 50 AP, and can use these AP to perform actions. One action is one AP, so each player has fifty actions before they must wait a half hour to replenish one AP. Certain actions, such as reviving a zombie, standing up after death, or walking, cost more AP than others. Dont waste your Ap role playing, since for some reason, you get tired after talking.

In combat, each weapon has a certain chance to hit a foe for a fixed amount of damage. The hit percentage is initially very low, which at first seems harmful to newbies, but is in fact a blessing, as each zombie and survivor is another zombie, and every percentage increase for them is a percentage increase against you. Besides, you can gain skills that boost your hit chance from "next to nothing" to "Screwing you at the worst time, but not now" 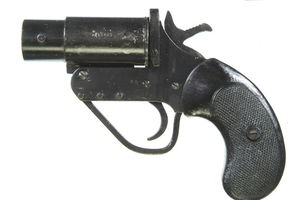 A flaregun will do the exact opposite of signalling for help.

There is also a unique item acquiring system in play. Rather than getting items from other players, you can spend an AP to search in a building. This has a small chance of turning up nothing, but it may also turn up a useful item, such as a crucifix or booze. Of course, zombies are too stupid to use items, so this system is lost on them, but they can learn to ransack buildings, making it marginally more difficult to find items in buildings unless survivors spend a few AP repairing it, so it balances out. Of course, the only things you will find at first are newspapers, the most powerful item in the game. They have a 100% chance to hit- rendering the zombies speechless with every strike.

Thanks to recent updates, there's more of a "territory" system in effect. When survivors claim a building, they can barricade it to protect themselves from the zombies (until they break it down, anyway). This enables them to have near-complete safety while they... um... I'll get back to you on that. Conversely, zombies, thanks to the new update, are capable of pulverizing buildings with their hands somehow. When this is done, survivors can't put up barricades unless they fix the building in question, leaving zombies to take the building and then... I dunno, do dance numbers?You'd think they would just weld the doors shut, since zombies cant come in through windows. Also we can see through windos, since all windows in malton are coated in a layer of caked on blood.

Although the game introduces many innovative and creative features, in most reviewer's eyes, the game falls short with respect to such massive successes as World of Warcraft, Runescape, and rolling your head on the keyboard. Fans of the game criticize these reviewers for having contempt for the "little guy", to which one scathing reply was "We reserve the right to have contempt for any game, regardless of how little or how banal the guy in question may be."