In case you're still wondering, a Jewish Mother is the one who fed you, clothed you, nursed you, and almost died of a stroke/humiliation when you dropped out of med school to do stand up comedy. You think Zadie survived the Holocaust so you could make fart jokes? I had to tell the Rabbi you dropped out so you could study for the LSAT instead. Comedy is not a career. I love Jerry Seinfeld as much as the next mom, but you need to be realistic sweetheart, and if you're going to give me any grandchildren before I die, you need to settle down and have a family. Jokes won't pay for a house, Jewish day school, or even a nice dinner at the 2nd Avenue Deli.

Who knows how much longer I'll be around to help you with these things?

While they describe themselves as caring, compassionate, and concerned parents, children of Jewish mothers often focus on other character traits. 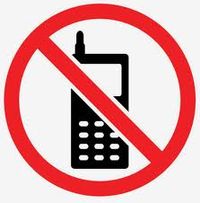 Why won't you call?

The chutzpah some people have! To say that Jewish Mothers nag! Where do they get this from?

By the way, you never took the trash out yesterday. How many times do I need to remind you before you actually do it? I've tried just hinting at it - "the trash sure looks full." I've tried leaving you notes - check your underwear drawer! And I've tried threatening you - "If you don't take it out today, the only one buzzing around in the kitchen will be the flies it attracts (see, I can be funny too!)." But nothing seems to work. I guess I'll just have to sit at home, covered in bugs, holding my nose, until I develop the plague and die.

No I am not being melodramatic! How dare you talk to your mother that way! You should be thanking me. Who knows how much longer I'll be around to remind you about these things?

Overprotective? Just because Jewish Mothers care deeply for their babies does not mean they are overprotective. Remember, I even got you that skateboard you wanted for your Bar Mitzvah! Would an overprotective mother have done that? I think not. I remember how much fun you had rolling down the sidewalk. And you looked so cute wearing your little helmet, wrist-guards, elbow-pads, knee-pads, shin-guards, body-armor and face mask. I remember Mrs. Schwartz said I was crazy for getting you that "death-board" but I told her boys need to be boys. But of course, like most of the things you begged me for, you used it once and then never took it out again.

See? This is the thanks I get for caring: wasted money and jokes about me on the Internet.

By the way, my friend, you remember Mrs. Greenberg don't you? Anyway, she told me about this virus for computers that's going around. It's called a system 32 folder. Call me later today to show me how to delete it or else I will just end up deleting the Internet again. Be sure you do it on your computer first so you don't infect mine with your emails.

Oh you must think I'm the most terrible mother in the world. I never forced you to take out Barbara and Len Goldstein's daughter. I just thought it was a nice idea since she's around your age. She's doing very well in Occupational Therapy school and it was a complete coincidence that we ran into them at a restaurant and I had to host them for a meal. Still, would it have killed you to crack a smile? You're always joking around, you'd think you would've learn how to look like you were having a good time. I'm not trying to control your love life dear, but these girls you bring home! They're not "like us." They don't have a yiddishe kopf and some of them even come from broken homes! I mean, if a girl's parents' are divorced, she probably hasn't seen a successful marriage at work and is clearly unaware of how to be a good wife and mother (as though I should be so lucky to have to worry about such problems). Anyway, fine, don't listen to me, it's your life. Just don't expect me to cough up money for a wedding to an unfit mother of my grandchildren.

Did you know... that you could be calling your mother right now? Nu?[1] Call!

I was in the neighborhood for pete's sake and just wanted to make sure you had enough food to last you the week. You always had such an appetite when you were living at home and Nana thinks you look thinner and thinner every time we go to Queens. And I'm sorry that Daddy and I were in the neighborhood of your job but is it so terrible if your parents drop in to say hello? You know we did pay the tuition for college that got you that job. I know you think we're too involved but sometimes I think if it were up to you, we'd only see you on Rosh HaShanah, Thanksgiving, Passover, our birthdays and alternate weekends! We live so close to the city but you insisted on moving out anyway. So now you spend all your "salary" on rent instead of saving up for a family. I would have been thrilled when I was your age if my parents had enough to support me. Who knows how much longer we'll be around to help you with these things?

I can't believe you still think I'm racist! I told you about my days as a hippie back in college, didn't I? I even went to a rock concert once and my friend Julie brought her black friend Danielle. Of course, I didn't know she was black until I got to the concert because I assumed Danielle was a nice Jewish girl. But she was such a sweet, spirited girl.

Just because I didn't vote for Obama doesn't mean I'm racist either. He's no good for Israel. Everyone knows that.

Besides, you remember the stories about what those hooligans did to Zadie when he lived in Brooklyn. The neighborhood was clearly "changing[2]" and it was time for us to move to Long Island.

Oh, you must be referring to our family trip to Israel. You always bring this up. Yes, I didn't know we were driving through the West Bank to get to the Dead Sea. Yes, I was a little jumpy when we got to Israel (there's a war going on for God's sake!). Yes, when I found out we were in the West Bank I yelled, "GET ME OUT OF HERE LARRY! I DON'T LIKE THIS ONE BIT!!!! THERE ARE ARABS HERE!! DAMMIT LARRY!!!" But that doesn't make me a racist. I was just worried about my family.

Wikipedia, even has an article about Jewish Mothers already. What took you so long?

A Jewish Mother is nothing without her family and if any of them ever acted like they appreciated her and all she does for them, she might actually tell them so.

Maybe it's my fault. Maybe I didn't encourage her enough. I did send her to that mixer at the Y[3]the but I really didn't like the dress she wore. It just wasn't so flattering and a little too low cut for my tastes, but you can't even talk to kids these days. You want the boys thinking you're easy? Well she certainly didn't come home with a doctor that night. Leah Cohen got a doctor. It's all I hear about from her mother. But between you and me, I heard from Sheryl (you know Sheryl, the one whose son got into that terrible accident years ago, who's running youth groups at the temple) that he's only an Osteopath. Either way, it's better than my daughter did. She's been on that Upper West Side for 3 months now. Some nights I can't sleep thinking about how much more time will pass before she'll settle down. Newsweek (generally too liberal for my taste, but they have some good exposés), just did a piece about fertility and women's biological clocks. I really worry, but what are you going to do?

This young Jewish man turned out to be a huge disappointment to his mother when he decided not to go to med school and just "heal" people instead. What? No diploma?

I don't understand why there is such a stereotype about Jewish mothers and their sons going around. Take my friend Sheila; her son was going to fly out to California for a wedding (of course not my son's wedding, but still) and wanted to fly into San Francisco and then drive down to LA to save some money (he's always so good at getting deals online). So what did she do, she offered to pay for his flight to LA instead so he wouldn't have to drive down the Pacific Coast Highway. I mean what was he thinking? He thought it would be a good idea to save a few dollars and risk driving off the road into the ocean?! Did he even think of what that would do to his poor mother who only wants what's best for him?

So many people think that Jewish wives run their husbands' lives. This just isn't true at all. You're father is the man of the house and makes lots of important decisions. It just happens that I often suggest other, better ideas that we end up doing instead.

Estelle Costanza with her disappointment of a son.[4]

Since all important media in the world is run by Jews (you can have the telex, no one cares) the world has been introduced to numerous versions of the Jewish mother. But perhaps the most recognizably Jewish Mothery of all Jewish Mothers on TV is Estelle Constanza from Seinfeld.

Footnotes and Explanations for Goyim[5][edit]