I fucked your mother 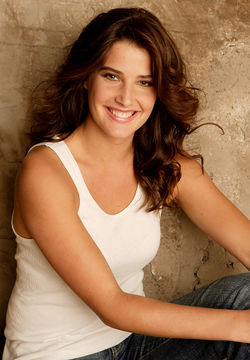 This is your mother, I fucked her! Why haven't you?
“And it was GooOOOD”

~ Me on this article.

“In Soviet Russia, mother fucks YOU!!!”

~ Russian Reversal on I fucked your mother

So it's 9am. I'm waking the fuck up, doing my morning bathroom and all that shit. After the shower I go downstairs, grab some toast, make an omlette and eat all up that shit like a badass eating machine. I grab some orange juice with the bits in 'cos its good for you and shit. Seriously, I totally down that badboy, I felt the carton trembling at the thought of having to face me again tomorrow. Next I'm brushing my teeth totally wiping out all the plaque like a fucked up rug muncher with PMT. Entering the mastersuite, I'm there minding my own business, about to get dressed and who do I see on the bed laid out in lingerie? No other than your mother. It's now I realise. I JUST FUCKED YOUR MOTHER!

Holy mother of jesus catholic schoolgirl teabagging shit, your mother is in my bed after a drunken night of rampant riding me like sea biscuit and shit. Not only that. SHE WANTS MORE!. I mean last night was probably the best she's ever had, and it's also been a while, with your dad walking out all those years ago. But Jesus Christ dude, SHE'S YOUR FUCKING MOTHER! I just fucked her!

I really should have known, all those times she was at football practise, giving me the eye like a total I want your man meat inside me and shit. But come on, its 11 and I'm totally late for work, I've got a presentation to give at 2, its true I could probably call in sick like "cough cough I'm really not well, think I've got the plague or some shit". Would never work, I'm all out of excuses, although given the circumstances and how much the boss and I would laugh at your expense, the truth would suffice, because, dude! IT'S YOUR FUCKING MOTHER!

Does this look like the sort of thing to eat while doggy-styling your mother, like ba ba ba ba baa I'm lovin' it and shit?

So it's lunch time and I'm pretty hungry like rumbling in my belly because I really want to eat like an aforementioned eating machine and shit. She's asking questions and I like really don't want to talk, I mean I'm late enough as it is and as we know, women should be seen and not heard. So I feed her a cockmeat sandwich, then take her from behind like a face down ass up thats the way we like to fuck and shit while munching on a cheeseburger, kill two birds with one stone and shit. Alas, I'm here sex-eating with; holy mother of shitty blue hell, YOUR FUCKING MOTHER!!!

So after the heated session that was totally sex fest with messy stickyness and shit. I call her a taxi like don't call me I'll call you shit. Thinking how I'm going to go behind your back and tell everyone I know all the juicy details of what just happened. I get into work saying sorry I was late but it was all backed up, total truck over turned, jackknifed and shit so I've set off on foot, hope they don't notice my car space is filled with my car, like your mother was an hour ago with me. So I'm in the office, I come over and I'm all like, DUDE, I JUST FUCKED YOUR MOTHER!!!

So it's lunch time, and I'm getting hungry. We both go down the street to get a couple of hotdogs, similar to your mothers agony last night with my boys. When all of a sudden I see your mother walking down the street, she sees me, and she waves. Your thinking she's waving at you, because, all you remember is how she used to yell at me whenever we were hangin. So we get the hotdogs, and she finally comes over. While I'm putting on the ketchup n mustard and what not...She stops talking to you, grabs a slab of mayonaise, puts it at the end of my hotdog, and swallows it whole. She looks at me n says "Thats just the foreplay for us in 5 minutes." This is when you relaized that I have been seceretly, FUCKING YOUR MOTHER