My family has problems 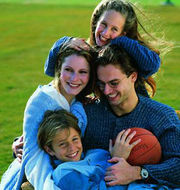 this is my family. i love them.
“YOU THINK YOUR MOTHERF*CKIN FAMILY HAS PROBLEMS?!?”

~ Orphaned Child on Your Family

~ Helen Keller on Her Family

~ God on His Family

i love my family so very much. they are all super duper. there is my daddy, who is cheap but smart, and my pretty sissy sister and my mommy who is a little pyscho and has turrets. they are so awesome and cool. i also have a fishy and a froggy and a cat. my cat is soooo cute and i love him to death. we have had cats before but they all got run over by cars and this cat hasn't even though we have had him for seven years. he is fat and cute and soft i love him so much! he is so cute. life with them used to be pretty normal, and only a little while ago my family started having problems.

the first things to go bad were things with mommy. she was pretty normal, but my dad said when she wass little someone gave her beers and she had problems with it ever since. and she was harrassed sexually and was introduced to drugs early. so she had to take some meds. so she did that forever and then one night she left and did not come back home and my dad was all mad and stuff. so he talked about that stuff and said my mom went out to drink and got drunk. he was mad and was talking about my mom a lot and she came home the next day. she and dad were talking a lot and she was crying and mad and stuff. and when we saw her she told my sister and me to go away. then she went back to normal, but then it happened again and my dad and mommy went to court for some reson and mommy went to some place my daddy called rehab but she was gone for a long time and we saw her once a month. and then she left and we saw her once a week every week, but we mostly lived with my dad.

my sister is awesome but she thinks i am sooo dumb. sometimes she is mean and won't play with me but i still love her so much. she is older than me and was in her first year in high school. then her tummy started getting big and round. i asked her why and she said nothing but then my dad and her were talknig while i was in bed a lot and she was crying 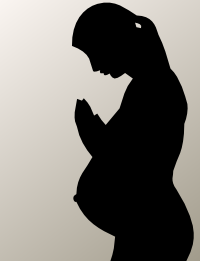 my sister was fat all of a sudden.

and my daddy was very very mad. i asked him what was wrong and he said that my sister was going to have a kid and i said that was a good thing but he said it wasn't until she got married so then my sister had a kid and i never saw it again after the hospital and my sister seemed sad forever after.

my cat is so cute and he stays inside. lots of times he goes outside and eats grass and comes in and barfs a little later. he meows a lot to go outside but he is not supposed to because he pukes if he does. then sometimes he has to go to the vets because he either has warts on his paws or he has pee-pee crystals. it happens a lot. then one day daddy said they had to put him to sleep but that is not bad. they said i would never see him again so i cried, but before they put him to sleep he got outside and was run over by a car so i was very sad and cried for days.

i have a fishy and my sister got him somewhere and he lives in a bowl. he is very funny and he follows your finger when you drag it on the bowl he is so funny! i love him too, but pne day he wasn't moving. he didn't move for days and my dad said that he was dead and i was very sad and cried for a while, but not as long as when my cat died.

froggy was fun like my fish. he jumped around in the tank a lot and i had him for a week and then one day he was covered in mold. i asked daddy what had happened and he said he was dead so i cried too, but the frog was dumb anyway so it wasn't that sad.

now my sister is gone and mommy is gone and my cat and fish and frog is gone so it is only daddy and me now and it is fun we play baseball and stuff like that and go to games and golf and stuff together and it is fun like this but i wish i still had my cat. now my daddy is seeing some other lady and she is pretty and nice and i like her. now my family has no more problems and it is fun.