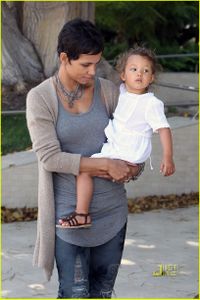 Once a year, we celebrate the magic that is motherhood.
“Your mom.”

You ignore her 364 days of the year. You probably forgot about her until you read this article. But don't worry, once a year, there comes a special day where you have to remember her or you are automatically the biggest shit that ever lived. Yes, I'm talking about your mom on Mother's Day. The day where you are supposed to celebrate the one person who is the primary and first cause of all of the suffering you have ever endured, and ever will endure, in your life. So you better go out now and get your mom a gift. And remember to call her on the special day. I'm not going to bother with telling you when that day is, because it varies from country to country. You're on you own.

This theory remains to be proven.

This is a question that has many answers, none of them particularly good. Still, when trying to understand why you are supposed to pour extra time and attention on your mother once a year, you might ponder the reason you are doing so. Here are some possibilities:

The most obvious reason for Mother's Day, in Judeo-Christian culture at least, has to do with the Bible. One of the Ten Commandments says something about honoring and obeying your mother. Now, you would think that would be enough. The prophet Moses came down from a mountain after a one-on-one talk with God and told everybody the ten main rules of life, and that one of them was to honor and obey your mother not just one day a year, but every day. Somehow, though, someone decided that there should be an extra special day for mothers once a year, because having a Commandment in the Bible about it just wasn't enough. Go figure.

There are other theories as to why we celebrate Mother's Day, that are not based on religion. The most obvious of these is biological: that your mother bore you for nine months (give or take), suffered the pangs of childbirth for you, and then let you suck her tits for a few months. I'm not entirely convinced about this rationale. I mean, unless your mom was raped (was she?!?) she wasn't exactly forced into her motherly duties. She elected to take them on. She knew what she was signing up for. So why does she get special attention for doing what she got on board for? So again, I'm not exactly sure on this one.

If this is how you see your mom, you may not be in favor of Mother's Day.

Another theory is that mothers are special. The idea here is that motherhood is perhaps the most special institution in the world, and that a relationship between a mother and a child is unique. Again, I'm not so sure about this. Mothers are only half of the equation when it comes to making babies - let's not forget about daddies. And anyway, I know plenty of people who don't like their mothers. Just ask any teenager. And there are plenty of mothers who hate their children and see them as living disappointments, and disinherit them in their wills. I saw a sign the other day that said, "Don't shake your baby." So the feelings are often quite mutually against one another between child and mother. Maybe Mother's Day could be made optional.

Chances are, you will outlive your mother. Then you will not have to celebrate Mother's Day anymore, year after year. So the end is in sight. You could still remember her on her birthday and put flowers on her grave, so that should be enough to relieve any guilt you might have over not celebrating Mother's Day anymore. 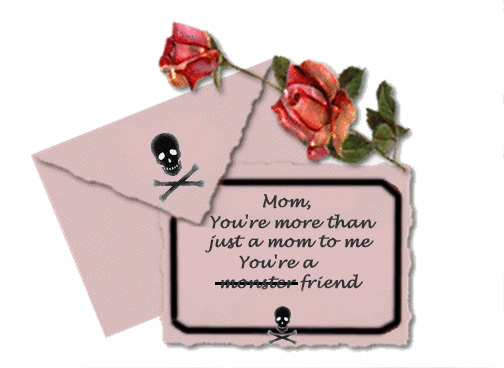