From Uncyclopedia, the content-free encyclopedia
Jump to navigation Jump to search
Forums: Index > BHOP > Fuck Uncyclopedia
Note: This topic has been unedited for 5202 days. It is considered archived - the discussion is over. Do not add to unless it really needs a response.

FUCK UNCYCLOPEDIA!!! You guys think your sooo funny, but you are all horseshit. Encyclopedia Dramatica is way better than you fucking douchebags. Uncyclopedia is full of bullshit admins who fucking hate everyone. They deleted all of my pages for christsake! Those were good pages too! You fuckers have nothing better to do with your time than masturbate over Euroipods and make minor edits to shitty articles. I bet none of you have ever kissed a girl. And don't fucking lie and say you have, because I know. And what the fuck is up with the goddamn Cabal? IT'S NOT FUCKING FUNNY. I get the joke, and I get that it sucks big cock. STOP DRAWING IT OUT. Fuckers. And you guys think you have such clever takes/parodies on people, like John Cage and George W. Bush, but you don't. Those pages, like every page on Uncyclopedia, are a bunch of horseshit. GO TO HELL YOU FUCKING DOUCHEBAGS! Uncyclopedia is like someone shit in a hat and decided to call it pie. Or like the aristrocrats. NOT FUCKING FUNNY. NOT ONE FUCKING BIT. You guys can go to hell. Fucking bastards. Alright you fuckers, I'll sign. Bring your worst! Fucking faggots.--69.134.223.195 17:33, 1 July 2006 (UTC)

Umm... I think you might've forgotten to sign your post... I mean, you know, it's okay... but next time you post something, you should probably add four tildes to the end... just so we know who you are.

Oh, there ya go, yeah... see how easy that was? Now everyone knows who you are, and they don't even have to check the history!

Why waste time on the forum then, swaring and writing a large paragraph? You could just as easily move your hand onto the mouse and click the Red X at the top, see it? In the corner? Yeah, right there. Click it. All the admins, the pages, George Bush, AAAAAAAAA! everything dissappears. And you can go back to mastrubating or Wikipedia. --

As a side note, Uncyclopedia is the worst! --

"And don't lie because I know" - er, no you don't, you're not me. Only I can say that and mean it. If an IP acts like they know all they will probably be banned. And no wonder your articles were deleted - they were all crap. ~ Ghelæ talkcontribs 17:51, 1 July 2006 (UTC)

That gave me a good laugh, "I bet none of you have ever kissed a girl." comic gold that is, for two reasons, 1.) I actually have, and 2.) it's "I bet none of you has ever "kissed a girl"." (though I am having trouble understanding why "kissed a girl" is in quotes), also this guy putting the period outside of the quotation marks implies that he does not live Stateside, could be a limey. - Sir Real Hamster {talk} {contribs} 18:00, 1 July 2006 (UTC)

You fucking asshat, None means "not one." Not one of you has ever kissed a girl. You would know that if you weren't so fucking retarted you can't even tie your fucking shoes. This is exactly what point I'm fucking trying to make. Everyone on Uncyclopedia is fucking retarted. Euroipods SUCKS MAJOR ASS, and yet it was the "best article of 2005". What the fuck is up with that? You guys suck.--69.134.223.195 18:10, 1 July 2006 (UTC)

Actually, AAAAAAAAA! was the best article of 2005... so yeah, I'm not going to correct it for you... but you might want to consider doing it yourself, later on maybe.

Oh, this guy is great, almost as good as BENSON, I get that "none" meant "not one", though that doesn't excuse you being both incorrect and improper with your grammar. Why also, I must ask, did you choose capitalize "None" in your most recent post? Also, why did you not put quotations around it? It was obviously a completely proper time to use quotation marks, you put quotation marks around "kiss a girl", why did you not put them there where they would actually make sense. - Sir Real Hamster {talk} {contribs} 18:14, 1 July 2006 (UTC)

Oh, keep posting! You've given us some good material for Uncyclopedia is the worst. Even better than the HATE HATE HAT guy. See, you can actually add funny material to uncyclopedia, congratulations! Don't be so frustrated for those deleted articles, sometimes it takes a second trial and you've finally madeit!. So now, who volunteers to rework his comments into Uncyclopedia is the worst?---Asteroid B612

*applauds stupid IP who, in actual fact, deserves to be burnt* ~ Ghelæ talkcontribs 20:12, 1 July 2006 (UTC)
At Ratube: Fuck you, you fucking faggot! THIS ISN'T FUNNY, and neither is ANYTHING ON UNCYCLOPEDIA! I FUCKING HATE YOU! Nothing here is ever funny, except for what I put on here, but that got fucking deleted by menstruating admins who have nothing fucking better to do than sit on their asses all day, edit Uncyclopedia, and watch hentai. Everyone who spends any more time than 10 minutes of their day on Uncyclopedia is a fucking nerd who probably hasn't seen the sun since school let out for the summer. Here's a helpful tip: GET SOME FUCKING FRESH AIR, YOU TURDS!--69.134.223.195 20:39, 1 July 2006 (UTC)
This page is so funny, I've decided to watch it. Hey IP-man, you claim to loathe Uncyclopedia, yet you are unexplicably drawn to it. I think you gots yourself a fetish.--Emmzee 20:41, 1 July 2006 (UTC)
I saw the sun the sun today. It was warm, just like you --Kingofbeer 21:02, 1 July 2006 (UTC)

Hey, out of curiosity, which articles of this fella's were deleted, anyway? I'd like to see them, seeing as they're the only funny things here.--The One and Only Czar Yah 21:00, 1 July 2006 (UTC)

I wonder if he even had any articles, or if he just wants to vent? Because last year I saw something like this on Wikipedia, but it got huffed. We should feature this. THat'll get him really mad.--Emmzee 21:05, 1 July 2006 (UTC)

You fucking faggots shouldn't feature this, because IT ISN'T FUNNY. Oh wait, neither are the other featured articles. So fuck you, you fucking faggot! The pussy admins with sand in their vaginas will never feature anything of mine because they suck total hard cock! Nobody who is a registered here knows anything about comedy. The "featured" articles are even worse than the non-featured articles, which is quite hard to do, but they get featured anyway because you faggots don't know shit. You douchehats need a constructive activity to do instead of being shitty editors on this shitty excuse for a Wikipedia parody. Now, I'm gonna fucking blank every fucking page I can fucking find, you fucking horsefuckers. If you fucking put this shit in any fucking article, I will come to your fucking house and punch all of you in the cock. Fucking faggots.--69.134.223.195 21:11, 1 July 2006 (UTC) 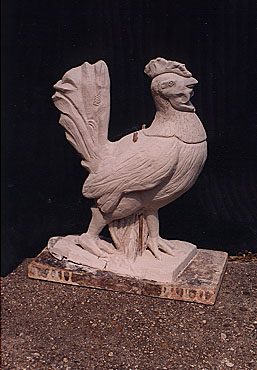 I think you have an unhealthy obsession with "Cock", which also means that you have unfortunately lost your argument by default; since using genitalia as a means of strengthening an argument has an significantly contrary effect, similarly, using ALL CAPS is similarly negating although at least you're special enough to have kissed a girl... right? --Olipro

Oh my god...you wouldn't have came back if Uncyclopedia was the worst, you must love it! You are quite amusing...keep talking...I've decided to watch this page. We could report your IP for calling us all FUCKING PUSSIES, but what's the fun of that eh? -- 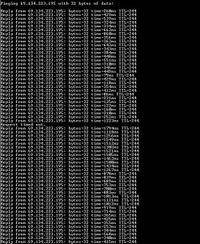 The problem with "anonymous" ip's is that they're so much easier to hack into. OH SNAP!--

Really? Me too. That was how I kissed the first girl I kissed. What a lame way to do it the first time, eh?

How about we call him Mr. Angry or Mr. Can't Take a Hint. If his articles were deleted, maybe he needs to check into his own writing and read the VFD section to see why they got deleted. I mean he seems to suffer from an anger management problem. I mean it is just a Wiki site and a humor one at that. If his articles keep getting deleted, they are not funny and he needs to improve his humor and writing, or go back to ED were they accept that low quality crap that he writes. He is also a perfect canidate for the IWETHEY forum, where he can learn how to whine as a group for all the injustices done to him and the rest of them by the rest of the world. Oh no, he cannot be at fault, must be everyone else who are at fault. --2nd_Lt Orion Blastar (talk) 02:21, 9 July 2006 (UTC)

Yeah, I totally agree. By the way, is it nice up there in Durham?--officer designate

Or he could take it a step further. He just needs to follow these instructions:

“In Soviet Russia Uncyclopedia Fucks YOU”

For a limited time at least, and/or as subpages of this forum topic. His complaints are funny as hell. Let's see what he is complaining about, it will probably make his whole thing even funnier.---Asteroid B612

Thats because I killed some of them off, but it looks like they multiplied even more... --

Ive been waiting like, WEEKS for this guys articles to come out on video. Are they? (have they been restored?) --

Man, I'd love to fuck Uncyclopedia.

I had sex with Uncyclopedia, and soon developed a terrible skin rash

Something is Seriously Wrong Here

wow! ^^ that's what 69.134.223.195 is trying to say i think -- am i wrong??????. i think his pourings are way more profound than anon's, "go eat shit fuckers." i don't know if he agrees with me on this one but reading his pourings and the blase reactions of the philistines to his complicated prose convinces me to the otherwise or that he is otherwise or something similar. i think we should go out of our way to do whatever we can for him, i mean Him - making him admin or the featured live article just isn't enough. we love you 69.143.519 *flying kisses! sally field loves you!*

I HAVE NEVER KISSED A GIRL.

I agree with Insineratehymn's flawed logic. Except that I think this infidel IP has done Uncyclopedia the greatest of favors: Given it's users the opportunity to prove that they are superior humourists because they can laugh at even the most, ahem, intelligent criticisms --Cainad 01:29, 20 August 2006 (UTC)

Uncyclopedians who have actually kissed a girl

Too right. Trying to carry your mother round a baseball field would be just as disrespectful as failing to kiss her. --

Lord Fluffy wonders what this guy has against gays? What about the Uncyclopedians that have only kissed guys? Hey! Lord Fluffy demands to know what happened to the username template! Bad form! --Lord Fluffy who rains fire from the heavens 01:21, 24 February 2007 (UTC)

Who is this guy(?) anyway? It's easy to say "fuck this" or "fuck that". Doesn't he have anything better to do than piss down his own leg? We can all see it. It would be better, really, if BENSON ate him up right now. Of course, there's a hundred more where Mr. Fucko came from. There's so many sheep and so little time. What about rocket ships? I want phallic symbols to lead me in my search to be kissed by a girl. And it won't work besides. I did kiss a girl once, but I didn't have to fuck her. Maybe he can kiss my ass and he won't have to fuck me either. Promise. I won't hold him to it, no matter how bad he wants it. --Schizo Master 01:35, 24 February 2007 (UTC)

No matter who "this guy" is, I regret "going off on him" as I did. It was a shameful breach on my part and I apologize profusely. I'm quite embarrassed that I could be capable of such a diatribe.--Schizo Master 13:22, 14 March 2007 (UTC)